Historic England unofficially 'twinned' towns, through a programme of creative commissions that saw artists working with local people to uncover what they have in common.

The artworks explored themes of identity as well as the communities’ collective hopes and challenges, culminating in a series of installations, performances and digital work in August-October 2021.

The artists were commissioned as part of the High Streets Heritage Action Zones Cultural Programme, led by Historic England.

'Life Through Laundry' by Quiet Down There

Life Through Laundry is a tale of two towns through the lens of the local laundrette. Artists Kaozara Oyalowo (Leicester) and Jessica Scott (South Norwood) connected with communities via local laundrettes and onto the wider high street, guided by creative agency Quiet Down There.

The result was a limited-edition zine of creative writing, poetry and audio pieces which celebrate the individuals that frequent the high street, where worlds collide and people contribute to the rich community in both places.

An accessible version of the zine can be enjoyed online.

High Street Duets is a series of new songs inspired by North Shields’ and Lancaster's high streets and local communities.

The four songs - written in different musical styles - reflect the range of views and emotions that were shared.

What Do People Want

Annie Rigby interviewed co-writers Daniel Bye and Beccy Owen in a behind the scenes podcast in which the writers talk about the ideas, people and places that inspired the High Street Duets.

Listen to the interview

'All Fired Up!' by Freya Gabie

Artist Freya Gabie worked with local people to celebrate the ceramic industries in Poole and Stoke-on-Trent.

Through the creation of new pottery during workshops in both towns, she will explore the deep connection to the ceramics industry of each place.

An All Fired Up! blog was set up where participants in both towns, as well as visitors, contributed their experiences as well as any memories or photographs relating to the pottery industries of the two towns. The blog includes a short film on the history of Poole Pottery and how its different ranges and collections were created.

Visit the All Fired Up! blog

I'm incredibly excited about All Fired Up. It's a great opportunity to work with communities and together explore the fascinating histories surrounding the ceramic heritage in both places. I'm really interested in seeing what memories and stories are unearthed, remembered and shared through the sculptures being made, and how a new community may be created through the project with everyone in both places connecting across the blog, and at the end of the project, receiving a sculpture created by another participant as a lasting treasure.

Poet Louise Fazackerley worked with local communities to celebrate the twinning of Wigan and Blackpool - places which share a long history of social dancing, from music hall to ballroom, Northern soul to disco and beyond.

Louise led creative writing and dance workshops with people of all ages to explore the rich history, memories and dreams connecting King Street in Wigan and Church Street in Blackpool.

The workshops resulted in this 'Street Dreams' animated poetry film. Street Dreams was premiered at Wigan Borough Dance Festival 2021 and screened at events in both Wigan and Blackpool. A documentary film of the project will also be released.

'Isle of Rydesgate' by Mooch

Artist practice Mooch worked with students at Broadstairs College, Ramsgate and local residents to create the 'Isle of Rydesgate', a fantasy town that twins Ramsgate in Kent and Ryde on the Isle of Wight.

Inspired by Ramsgate’s old model village, which opened at West Cliff in 1953 and closed in 2003, the best of both towns was blended to create a fantasy model village for the 21st century.

A free exhibition in both Ramsgate and then Ryde town centre sought to find and celebrate connections between the two historic coastal towns, and help people think about what the future of our high streets could look like.

Model buildings – hand-drawn by volunteers – populated a giant map of Rydesgate. The display grew as people added colourful designs for their ideal shops and buildings.

To work on a national commission for Historic England is very special, especially for someone that lives in a town that is just rammed with beautiful and quirky buildings. I hope the Isle of Rydesgate allows people to appreciate and re-imagine these historic structures and I look forward to seeing all the fantasy shopfronts come to life. You don’t have to be in Ramsgate to join in, just be a fan of Ramsgate, or Ryde, and want to do something fun that connects these very similar coastal resort towns!

Artists Katy and Ellie connected with local communities to discover stories, features and uses of Keynsham and Bedford’s high streets, in order to make visible and share more widely some of the things that people like and appreciate about the two places.

The High Street Exploration Cards have been designed to promote urban exploration, reflection and adventure. The illustrated maps, created by artists working with local people in both places, highlight historic moments, present-day curiosities and questions about the future.

In both places, both the map and cards encourage visitors and residents to take a new journey of discovery around familiar spaces.

We're excited about the cards and map and feel like they can work in lots of ways. To prompt urban explorations, support mindful wanders, trigger acts of creativity. We'd be really interested to hear if and how they work for you.

In Bedford, you can pick up exploration cards and maps at the following places while stocks last:

In Keynsham, you can see the illustrated map at the Temple Street Canteen and request cards from Katy using the link below. 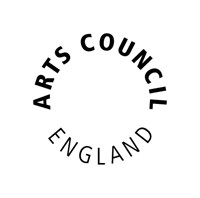