We're responsible for the future of the exceptional Shrewsbury Flaxmill Maltings complex. The Main Mill at Shrewsbury is the world's first iron framed building which makes it the 'grandparent' of the modern skyscraper.

Built in 1797 next to the newly constructed Shrewsbury and Newport Canal, the Main Mill was immediately famed for its ‘fireproof construction’. It thrived as a flaxmill for nearly a century until its closure in 1886.

The Mill re-opened in 1897 as a maltings for the production of malt for the brewing industry. During the Second World War, it was partially used as a temporary barracks and storage. The malting business closed in 1987 and since then the site has been disused.

Our role so far

We own the freehold to this extraordinary site. Our current work with stakeholders and partners will realise a long term vision to bring the site back to life and return it to active use.

In the initial £2.5 million development phase, we opened a new visitor centre which tells the story of the mill’s role in the industrial revolution and in subsequent world architecture. It also tells the stories of the people who created the mill and worked within it - more than a third of the workers during the Flaxmill phase were children.

How you can help

The second phase of restoration is underway to refurbish the 1797 Grade I listed Main Mill and Grade II listed Kiln transforming both buildings into spaces to be used for both public and commercial activities. Once complete, we‘ll remove the Main Mill from the Heritage at Risk register.

The work is improving accessibility to the wider site and creating an interpretation and learning centre and café on the ground floor, with commercial office space available above.

This phase of redevelopment has been made possible thanks to a significant commitment from the National Lottery Heritage Fund as well as partnership funding from Historic England, Shropshire Council and the Friends of the Flaxmill Maltings, but we still need further support to complete the restoration.

If you would like to be associated with securing a new chapter in the remarkable history of Shrewsbury Flaxmill Maltings and feel that you can support our work, please contact Head of Partnerships and Philanthropy, Emma Jhita.

Together, we can look after England's past and future 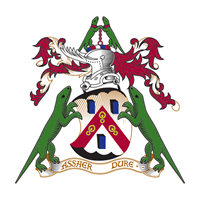 Head of Partnerships and Philanthropy

Shrewsbury Flaxmill Maltings
Heritage at Risk
Search the List
Was this page helpful?