Back to School in the Mid-20th Century: Modernist Student Accommodation

A new architecture for the 20th century

Two important figures in the movement were Walter Gropius and Le Corbusier. Le Corbusier introduced the idea of a house being a machine for people to live in his 1923 essay ‘Vers Une Architecture’. It was translated into English as ‘Towards a New Architecture’. His essay states that modernist buildings provide functional living zones, green spaces and standard housing types. Standardised modernist buildings had the potential to be mass produced using the more industrialised production methods that had become available in the 20th century.

Modernism encompassed the view that design and new technologies could raise living standards. It rejected the cramped conditions of Victorian housing and created communities with functional zones. Britain first adopted these ideals and Le Corbusier’s architectural style in the interwar period as part of the slum clearance solution. The style was used again post-World War II to solve the public housing crisis. 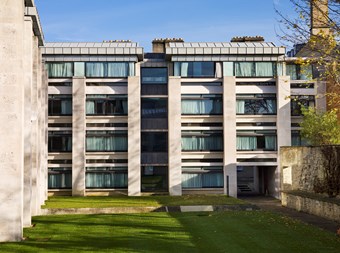 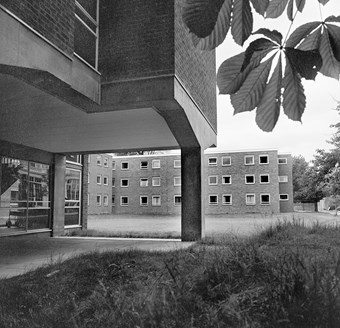 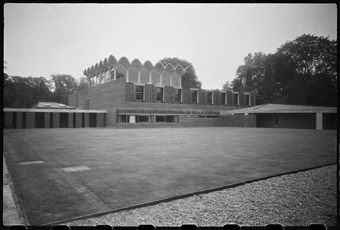 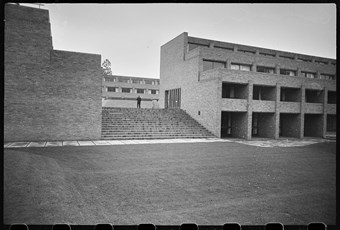 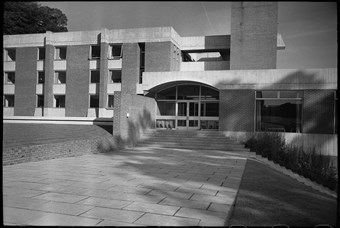 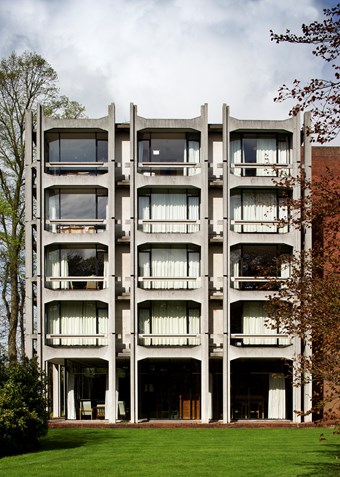 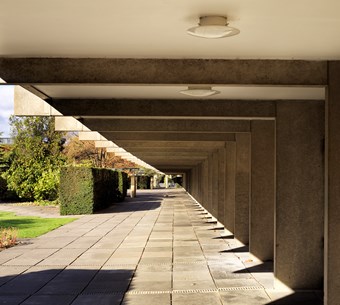 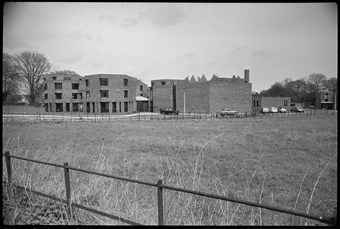 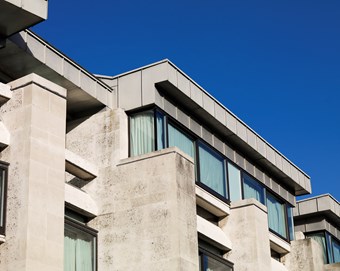 The British government introduced the University Grants Committee in the 1940’s and a further plan to raise university student numbers in 1962. The university student population more than doubled between 1961 and 1977 after the introduction of maintenance grants. In response, seven new institutions were founded and established universities needed more accommodation.

Modernism provided a solution to the functional mass housing needed. The use of new materials and a steel skeleton and reinforced concrete structure lent itself to the quick fabrication of these new builds.

The growth of higher education played a part in Britain’s urbanisation. Universities such as Durham required modernising to meet the growth of students. As the town is so small, the university had to be residential if it was to attract more students.

The Van Mildert College was built in the early 1960’s by architects Middleton, Fletcher & Partners.

Yet these colleges are not always recognised as being important examples of modernist architecture in the same way as modernist additions at Oxbridge. Oxbridge had more funding as well as lecturers who were leading architects. The modernist architects at Cambridge University were at the top of their field. Sir Leslie Martin, who designed the Festival Hall in London, and Colin St John Wilson, who designed the British Library, both taught at Cambridge. They are accredited to Harvey Court, a site of student accommodation in Cambridge.

The accommodation building was built between 1930 and 1962 by Sir Leslie Martin, Colin St John Wilson and Patrick Hodgkinson. The student accommodation has four ranges surrounding a courtyard. The ground floor has a series of tall pillars supporting the upper floors, utilising the ground plan.

Modernist architecture is often stark with little to no ornamentation that would detract from the function of the architecture.

Le Corbusier’s five points of architecture form the basis of the style. They are:

The pilotis refer to a raised ground floor on a structure of pillars. This allows the soil to be freely used and the ground living space to be flexible. The roof garden provides green spaces. Curtain walls and horizontal ribbon windows are also key features. The free façade has no supporting walls. Instead, buildings have a skeleton of steel or reinforced concrete. The exterior walls appear to float. 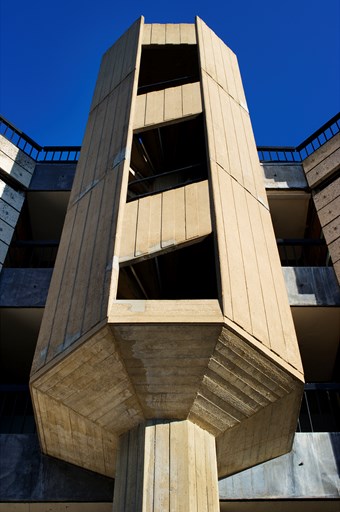 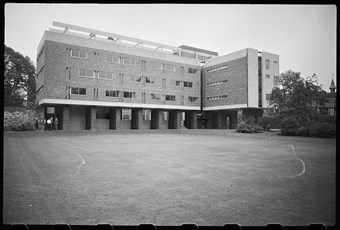 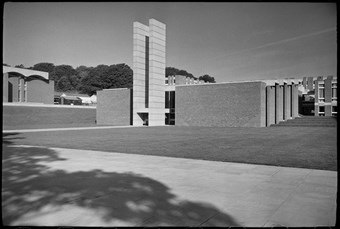 From Modernism to Postmodernism

Britain has a conflicting approach to Modernism. Some of the moral thought behind the movement was established here. The socialist and intellectual left-wing societies encouraged the functional living spaces of Modernism. It lent itself to the building of public housing and new urban areas.

Yet, between 1910 and 1930 British traditionalists opposed modernist architecture. Many local councils opposed it too, enforcing traditional aesthetics over modernist design. Modernist public housing was often constructed to minimum standards, turning what might have been great housing into unsuccessful developments.

The postmodern style of architecture is a reaction to Modernism. It criticises the failures and rationality of modernist architecture. Postmodernism was established in Britain in the 1970’s and 1980’s. The movement began during a time of economic stagnation. It later symbolised the 1980’s economic boom and was accused of succumbing to commercialism – the very thing Postmodernists had accused Modernists of.

Historic England has recently listed late 20th century examples of postmodernist architecture. The movement looks back to traditional and historical forms found in British architecture. This return to the traditional supports the British scepticism of Modernism in Britain between 2010 and 1930.