The 76 Victorian glass lantern slides that make up the Shadbolt Collection were taken from a balloon by photographer and balloonist Cecil Shadbolt between 1882-1892. This important collection of the earliest surviving aerial images of England has been conserved, digitised, catalogued and researched.

The collection was miraculously found at a car boot sale and was bought by the Historic England Archive at auction in 2015. Watch our conservator at work repairing a lantern slide from the collection.

Shadbolt made his first balloon ascent over Alexandra Palace on 31 May 1882. He designed a hinged plate so that he could attach his camera to the outside of the balloon basket, allowing him to tilt the camera to any angle, including looking straight down at the ground below. The photograph below taken in the 1880s, was widely regarded as the world's first truly successful vertical photograph.

We hold more than four million aerial photographs from the early 20th century to the present day. Find out how to search for images.

His final flight was on 29 June 1892, over Crystal Palace in a balloon belonging to his friend and experienced balloonist 'Captain' William Dale. The gas-filled balloon envelope tore apart not long after the ascent began and quickly crashed to the ground. Dale was killed instantly, while Shadbolt died from his injuries several days later. He was 33.

Buy prints and gifts from the Shadbolt Collection 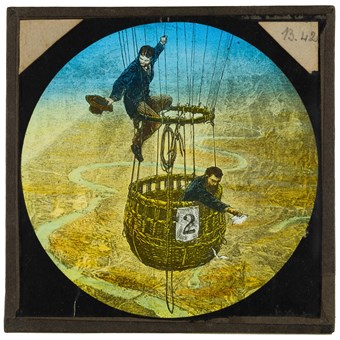 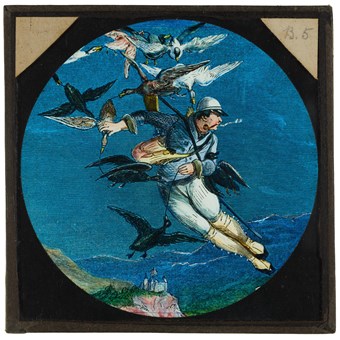 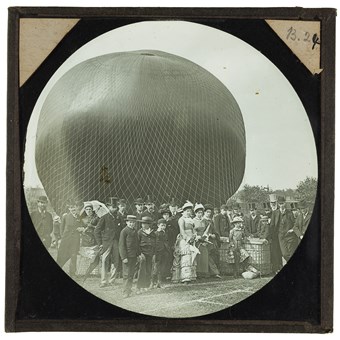 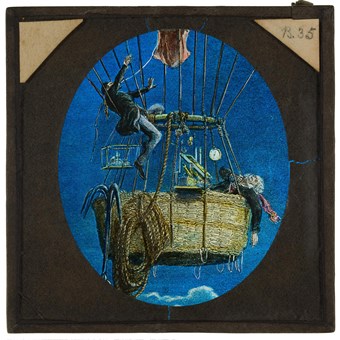 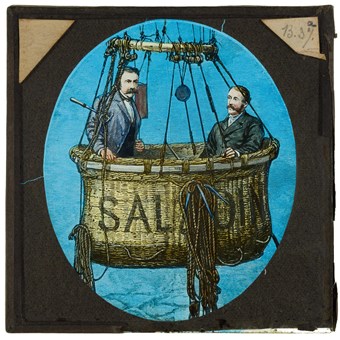 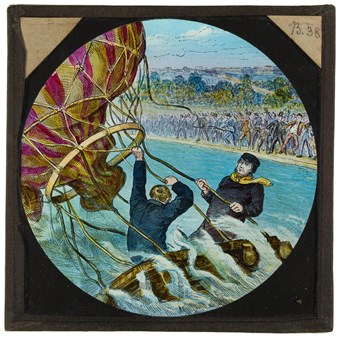 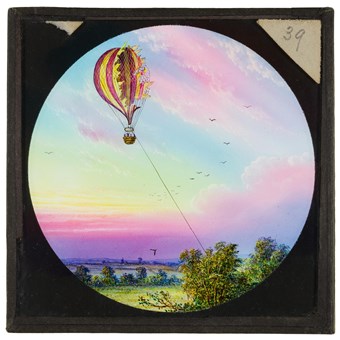 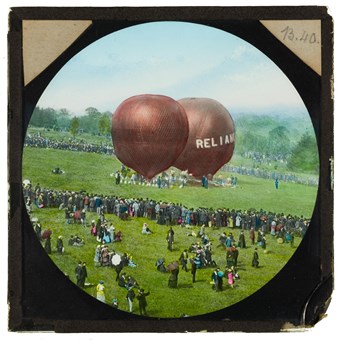 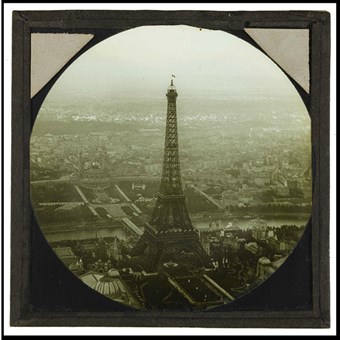 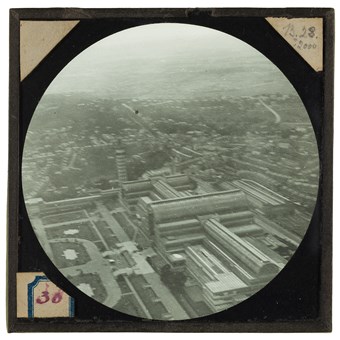 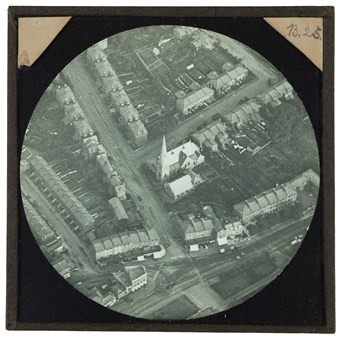 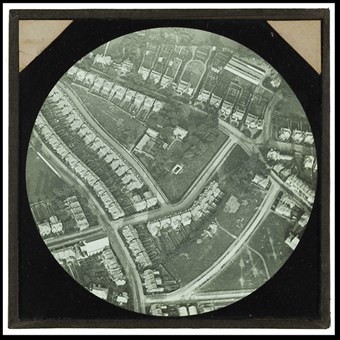