In February 1917 the SS Mendi, a First World War troopship, was carrying 802 men of the South African Native Labour Corps (SANLC), bound for the Western Front. Many had never seen the sea before.

The men had signed up because they believed that, despite being oppressed by the white South African government, if they demonstrated loyalty to the British Empire, it would gain them a voice in their deeply divided land.

Heading for the Western Front

On the Western Front, as non-combatant forces, they were to have become part of a huge but poorly-treated multinational labour force. Their role was to build the railways, trenches, camps and roads upon which the Allied war effort depended.

On 21 February - in heavy pre-dawn fog near the Isle of Wight - the British merchant ship, the Darro, which had been steaming at full speed, collided with the SS Mendi. It had not seen the much smaller ship until it was too late.

The Mendi was hit side-on with tremendous force and quickly sank. Six hundred and eighteen of the Corps drowned in the freezing waters, together with white officers and military passengers, and thirty-three of the crew.

The Darro made no proper attempt at rescue, a fact that was never explained by its captain, who was disciplined but who lost his licence for only 12 months.

In South Africa, oral tradition recounts the story that the Reverend Isaac Wauchope Dyobha on board the ship said to the doomed men:

Be quiet and calm, my countrymen…You are going to die…but that is what you came to do…we die like brothers. We are the sons of Africa…

The Corps danced the death dance as the ship went down.

How the Mendi is remembered

The Hollybrook Memorial in Southampton, Hampshire bears the names of the men of the Mendi who have no known grave. Bodies were also washed up along the Channel by currents and tides. Thirteen were buried in cemeteries in England and one in France, with five commemorated by special memorials in Holland.

The Mendi has given its name to South Africa's highest award for courage - the Order of the Mendi Decoration for Bravery, bestowed by the President on the country's citizens.

In 1974, the resting place of the Mendi was discovered off the Isle of Wight by a local diver. In 2007 and 2008 Historic England and the South African Heritage Resources Agency funded a geophysical survey and desk based assessment on the wreck.

Subsequently, the Ministry of Defence protected the wreck by designating it a Protected Place under the Protection of Military Remains Act 1986. It is now a military maritime grave. Divers, under licence, may still visit the wreck, but it is an offence to damage it or remove items.

It has since become a focus of South African commemorations across all communities, and has also awakened a widespread interest in the wreck.

In February 2017 Historic England published a book, We Die Like Brothers, to mark the centenary of the loss of the Mendi, written by experienced diver John Gribble and Archaeologist Graham Scott.

Exhibition at the Somme

In summer 2015, an exhibition funded by Historic England opened at Delville Wood, Somme, France. Symbolically, it was here that they first attacked as a national force during the First World War and is now the location of the principal South African memorial to their war dead.

The tragedy of the SS Mendi remains a poignant reminder that this was a world war involving forces from across the globe.

Visit the exhibition at the Delville Wood memorial

More about the sinking of SS Mendi

Commemorating 100 Years of the Sinking of SS Mendi

To commemorate the centenary of the loss of the British ship the SS Mendi Historic England is publishing a new book, We Die Like Brothers. 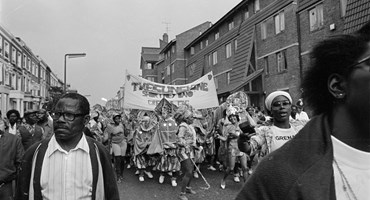 Mapping 100 years of England's history from the perspective of Black and Asian people.