Disability in the Tudor Institutions

This section explains that many of the religious institutions caring for the sick and disabled at the start of the Tudor period were destroyed in Henry VIII's dissolution of the monasteries and eventually replaced by civic hospitals.

In 1485, at the beginning of the Tudor period, institutional care of disabled people was still largely in the 'spyttals' (hospitals) and almshouses run by orders of monks and nuns.

Some were well managed and honestly administered, but concerns were growing about neglect, abuse, corruption and building decay. "I heare that the masters of your hospitals be so fat that the pore be kept leane and bare enough", wrote one critic.

In 1533, the momentous event of Henry VIII's divorce caused the split from the Roman Catholic Church and the creation of the Church of England. This led to what's known as the dissolution of the monasteries. Over the next 12 years, the land, property and assets of the old church were confiscated and many hospitals, being religious institutions, were plundered and 'dissolved'. This was to have far-reaching implications for disabled people.

Hospitals were caught up almost by accident in this campaign of destruction and looting against anything connected to the 'old religion'. Henry and his ministers appear not to have foreseen that this would lead to destitution for many sick and disabled people.

The closing of the hospitals

As these institutions closed, those who lived in them were forced out. The King's attention was now drawn to 'those miserable creatures which do now daylye dy in the streets for lack of their due porsion'.

The public reacted as the 'impotent poor' fought to survive on the streets. People were afraid of the significant increase in 'sturdy vagabonds', but they also expressed concern for those who could not fend for themselves:

'The pore impotent creatures (had) some relyfe of thyr scrapes, where as nowe they have nothinge. Then they had hospitals, and almshouses to be lodged in, but nowe they lye and starve in the stretes'.

At last Henry and his government were forced to act as a result of petitions by citizens. In London, St Bartholomew's and St Thomas's hospitals were reformed and passed to the control of the Corporation of London, along with the Royal Bethlem asylum. Two new hospitals opened, Christ's Hospital in Newgate Street, London for orphaned children and Bridewell Palace for the 'correction' of 'habitual idlers'.

Like other surviving hospitals and almshouses that passed to the control of civic authorities, these were public hospitals funded through donations, parish collections and taxes on companies. Their job was to carry out public policy.

Gradually, after the upheaval of the dissolution, new almshouses and hospitals were built. John Port commissioned the Etwall Hospital in Derbyshire in 1557. Robert Dudley, Earl of Leicester built a Maison Dieu in Warwick in 1571. In 1596, John Whitgift, Archbishop of Canterbury under Elizabeth I, founded the Hospital of the Holy Trinity in Croydon, London. Coningsby Hospital in Hereford was built in 1614 for 'eleven poore ould servitors that have been souldiers, mariners, or serving men'

The civic duty of care

Hospitals and almshouses had now become public institutions for those who could not look after themselves. Those who funded them were aiming to increase their public image rather than get to heaven more easily by doing good works. If disabled people were seen as needing support, public duty rather than religion was now the driving factor.

Watch the BSL video on Tudor hospitals and almshouses 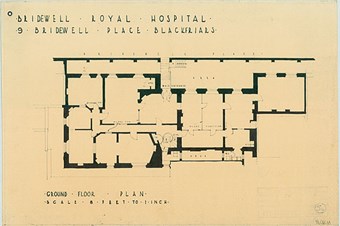 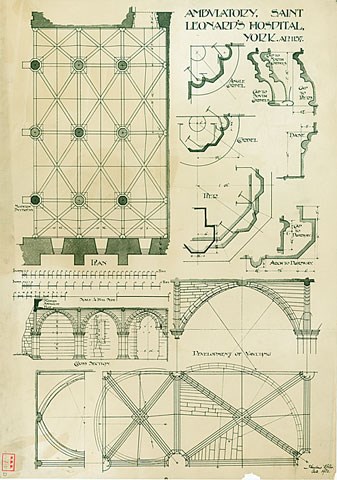 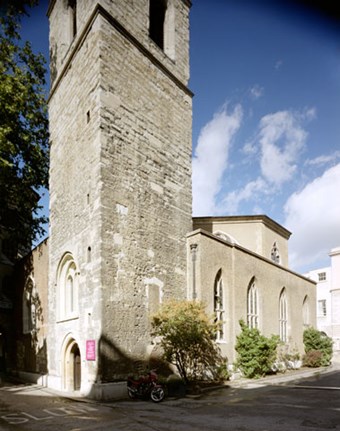 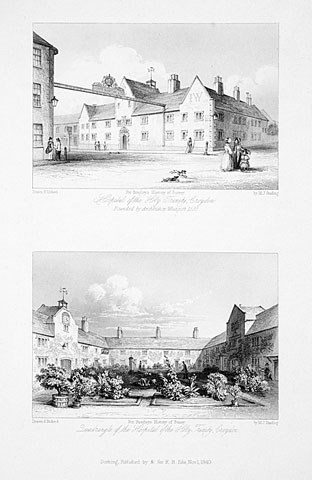 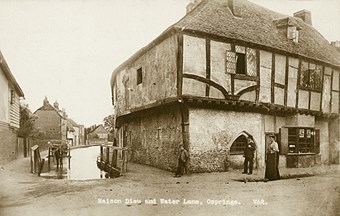 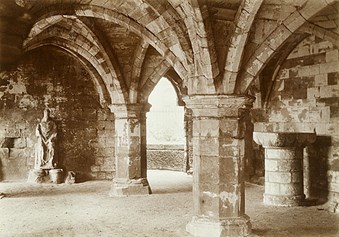 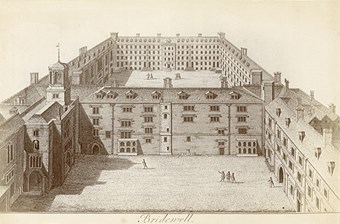