The Rise of the Hospital for Disabled People

By the late 17th century, hospitals were becoming far grander than the small centres of religious care and refuge of the medieval period. They still existed to be charitable and to protect public health but they also expressed new ideas of public order and progress, particularly in the rapidly expanding capital of London.

The rebuilding of 'Bethlem'

Following the great fire of 1666, a programme was launched to rebuild London hospitals, displaying the city's wealth and prestige. Surprisingly, the first hospital to be rebuilt was the poor relation of the five London hospitals - the much discredited Royal Bethlehem or 'Bethlem', London's 'asylum for the mad'. Though the old building was undamaged by the fire, the Governors had concluded by 1674 that it was 'too weak and ruinous' and too small to meet demand.

By 1676, a new building had been constructed in Moorfields, designed by the eminent scientist and architect Robert Hooke (1635-1703). Light and airy, with landscaped gardens sweeping away from the front entrance, it could house 120 people and was intended to inspire awe and admiration. One Londoner wrote: "So brave, so neat, so sweet it does appear/makes one half-mad to be a lodger there".

But as so often in Bethlem's history, it was not the building that caused distress to its residents - it was the people who ran it. By 1750, the acquisitive Monroe family of 'mad doctors' was in charge. With paying visits from the curious public, restraints and purges, it was once again in public disrepute.

New military and other hospitals

The rebuilding of Bethlem had inspired others. Charles II was keen to emulate Louis XIV's great Hôtel des Invalides military hospital in Paris, and in 1682 work began on Christopher Wren's Chelsea Hospital, London for disabled and aged soldiers.

By 1691 this building was complete. It was followed in 1694 by the Royal Hospital at Greenwich, London for disabled and aged navy veterans, also designed by Wren. A century of naval hospital building followed - Haslar, Hampshire (1762), Plymouth, Devon (1762), Deal, Kent (1795) and Great Yarmouth, Norfolk (1811).

Meanwhile in 1721, Guy's Hospital in London opened its doors, built for the incurably sick and chronic lunatics.

The movement against 'vain magnificence'

As a reaction against the merchant-wealth extravagance of these buildings, a lively charitable movement started up. Its intention was to pursue the social aims of supporting the sick and disabled poor rather than to create grand buildings. In 1712, the charitable Bethel Hospital for Lunatics was built in Committee Street (later Bethel Street), Norwich.

St Lukes, a charitable asylum for pauper lunatics with a magnificent classical frontage, was built near Bethlem in Old Street, London and became its rival. Run by the eccentric physician William Battie (1703-1776), it advocated (but did not always achieve) a system of non-restraint, activity, fresh air and good food and it rejected the Bethlem-type regime.

Voluntary did not always mean good, however, and York became notorious for corruption and abuse. In 1796, the Quaker community led by William Tuke (1732-1822) decided to establish their own asylum, the York Retreat in Bootham. 'Medical' treatment was replaced by 'moral' means - kindness, reason and humanity in a family atmosphere with no restraint. The Retreat became famous around the world.

In England, the foundations were in place for the era of the asylum and the institution.

The Rise of the Hospital 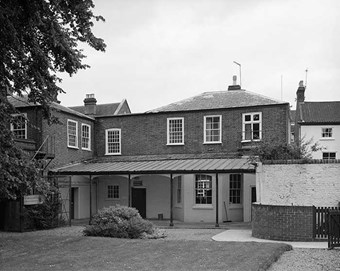 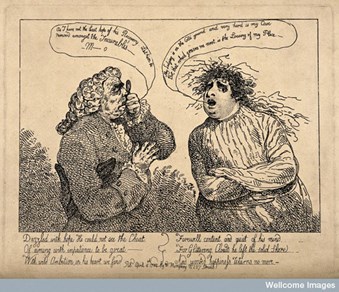 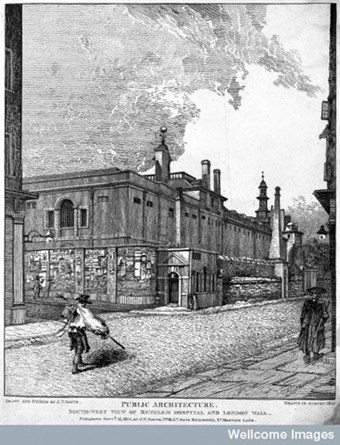 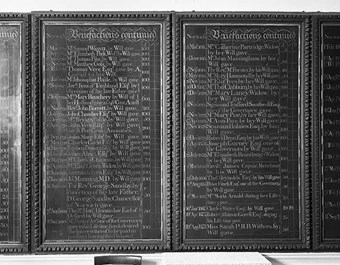 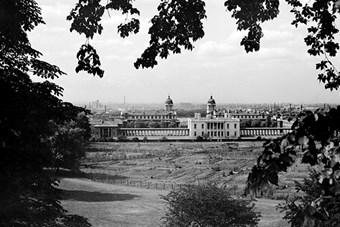 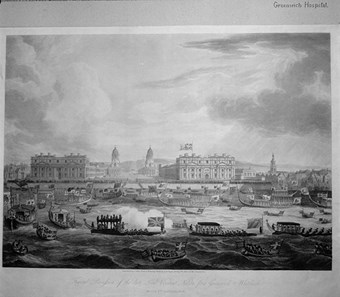