This section looks at how the increased numbers of disabled people living in cities after the Second World War made mobility and access issues vitally important - and how architecture and design began to meet the challenge.

From 1945 the English landscape rapidly became more urbanised. The existing disabled population was increased by 300,000 war-disabled people and mobility and access in towns and cities were now urgent issues. How could disabled people work and participate in society using the complex buildings, difficult entrances and exits, steps, stairs, kerbs, busy roads and transport systems of the modern urban environment?

Design for the disabled

At this time barely any buildings were designed with disabled people in mind. Then in 1956, a young newly qualified architect called Selwyn Goldsmith (1932-2011) became disabled through polio, and he devoted the rest of his life to overcoming what he called 'architectural disability'. He challenged the 'institutional discrimination' of buildings which placed barriers in the way of disabled people who wanted to use them. And not just people using wheelchairs, but also blind people, deaf people, the walking disabled - indeed anyone who had difficulty negotiating buildings.

His 'Designing for the Disabled' (1963) was the first guidance for architects on disability access and it quickly became an indispensable teaching aid for architects and local authority planners. It is still used today.

In 1964, Goldsmith selected Norwich as a representative English city and went to live there for three years. He interviewed 284 people with disabilities, asking them which types of building should be made easier for disabled people to use. The highest priority by far was public toilets. The other types of building mentioned - restaurants, local shops, churches - reflected the desire of disabled people simply to lead the ordinary lives that other people led.

Goldsmith's interviews resulted in England's first unisex, disabled-access public toilet (on Castle Hill in Norwich), 15 ramped kerbs around the city - a feature invented by Selwyn, now standard around the world - and a revised edition of 'Designing for the Disabled'.

Disabled people began to campaign for independence. Ken and Maggie Davis designed the pioneering Grove Road Housing scheme in Sutton-in-Ashfield, Nottinghamshire. This was Britain's first integrated co-operative housing development and allowed disabled and non-disabled people to live alongside each other. People also took the fight to the streets. In the 1990s, DAN (Direct Action Network) demonstrated against inaccessible public transport and buildings. Government regulation constantly pressed building owners to ensure that all public buildings were accessible and contained suitable facilities, and this became law with the Disability Discrimination Act (1995).

The concept of 'universal design'

A shift in principles then took place. Instead of adding special facilities to a 'normal' building, the concept of 'universal design' emerged - in which any person with any disability was entitled to use every part of a building.

Hove Town Hall in West Sussex was unique in the 1970s as it was designed with a flat entrance for the mayor's disabled wife. It was one of the first buildings to win a disabled access award, introduced by the Department of the Environment in 1976. The Richard Attenborough Centre for Disability and the Arts in Leicester provides a modern example of a complex but accessible multi-storey public space.

Architectural competitions now include accessibility as a key component for any award. The winner of the 2011 Stirling Prize was the Evelyn Grace Academy in Brixton, south London, a multi-level mainstream school on a cramped inner-city site - fully accessible throughout.

Nowhere out of bounds

The impulse of much design is now not just about people being able to get into buildings, it is about them being able to get anywhere. In 2004, new design and landscaping features made the Tower of London (a World Heritage site) accessible. Boscombe in Bournemouth, Dorset has England's first disabled access beach-huts. Goldsmith's fight against 'architectural disability' lives on.

The Alliance for Inclusive Education (ALLFIE) has created How was school?, a video archive of interviews with disabled people about their school experiences; themes include access and adaptation.

Watch the BSL video on disability access and adaptation 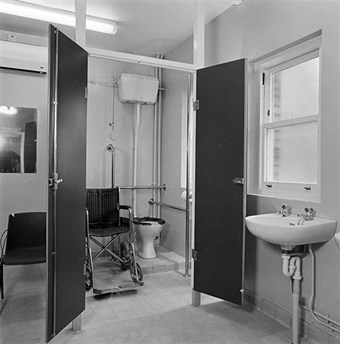 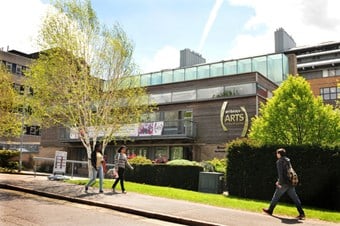 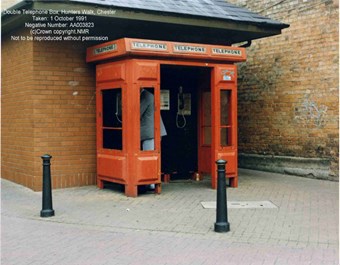 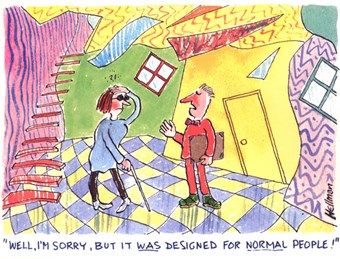 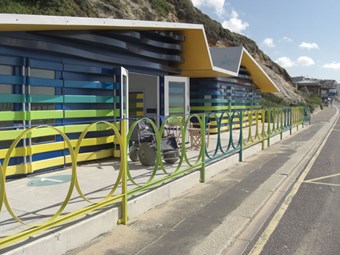