Disability and Sport: The Birth of the Paralympics - from Rehabilitation to World Class Performance

This section tells you about Ludwig Guttman, Stoke Mandeville's first director, who used sport as a central element in his revolutionary rehabilitation system for people paralysed in the Second World War, and how an archery competition in 1948 led to the birth of the Paralympics.

During the Second World War, twelve spinal units were set up around the country, including Stoke Mandeville hospital, Buckinghamshire. Its visionary director, Ludwig Guttman (1899-1980), a German Jewish neurosurgeon and refugee from Nazism, made the first significant breakthrough in the rehabilitation of people with spinal paralysis. Previously such people had been seen as 'hopeless cases'.

Guttman introduced not only an improved medical regime but also a rehabilitation system designed to restore hope and a sense of purpose to the young people whose minds and bodies had been damaged by their injuries.

Sport played an important part in this, making use of the competitive instincts of the young patients who had led active lives before their disabling injuries. Competitive activity at Stoke Mandeville developed from darts, skittles and snooker competitions in local pubs to ball throwing, wheelchair polo, wheelchair netball and archery.

The birth of the Paralympics

It all began in 1944 with a competitive 'dressing exercise' on what was known as Ward X at Stoke Mandeville. The war-injured, paralysed young men on the ward raced each other to get up from their beds, get dressed and into their wheelchairs.

On the 29th July 1948 - the opening day of the Olympic Games in London - an archery competition took place on the lawns of Stoke Mandeville against a team from the Star and Garter residential home for war-disabled people in Richmond, Surrey. There were 16 competitors including two women. Guttman predicted that one day it would become the disabled person's equivalent of the Olympics.

In 1950 the games were named the Stoke Mandeville Festival of Sport, and 10,000 people watched a wheelchair netball match at the Empress Hall in west London. People with disabilities caused by industrial accidents, many of them miners from the north of England, began to take part. In 1952 the games became international and by 1966, in Rome, 400 disabled athletes from 22 countries were participating.

As part of the Alliance for Inclusive Education (ALLFIE) project How was school?, Tara Flood, Paralympic swimmer and Director of ALLFIE has spoken about her first experiences of swimming lessons.

In 2001 Philip Craven became the president of the International Paralympics Committee. Paralysed aged 16 in a rock-climbing accident, he subsequently became one of the finest wheelchair basketball players in the world. He was motivated not by the desire for medical rehabilitation but by a hunger to become a world class elite player.

Led by Craven, the formidable Great Britain wheelchair basketball team became world champions in 1973. Under his leadership, the transformation of the Paralympics gathered pace, moving away from the idea of medical rehabilitation and towards the idea of world-class performance by elite athletes.

Today the Paralympics are the second biggest sporting event in the world. At the 2012 London games, 4,200 disabled athletes participated in 20 sports in a stunning range of fully accessible, 'universal design' venues.

The games are no longer just about the rehabilitation of paralysed people: they are a great international sporting event in their own right. Other famous sporting venues have opened up to disability sports including Wimbledon, where wheelchair tennis is now played.

Guttman's vision - in a quiet corner of Buckinghamshire in 1948 - has been realised in a way that even he may not have imagined possible.

Watch the BSL video on disability and sport 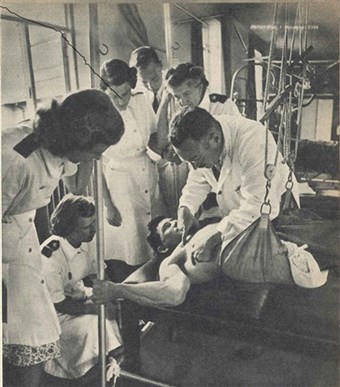 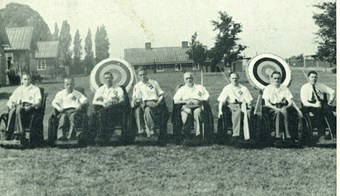 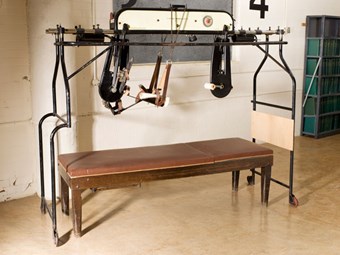