Skip to main content
Share this page
Share
Edward Carpenter, George Merril and Charles Sixsmith seated on a bench with G. Hukin sitting on the ground in front of them

LGBTQ people have long resisted authorities who told them that their desires were wrong. Sometimes men arrested for same-sex offences refused to be victims, speaking back in their own defence.

In one case from 1718, a watchman discovered two men having sex against the railings of St Paul’s Church in Covent Garden, London. He proceeded to call them filthy sodomites.

One of the men, with breeches down around his ankles shouted back. He called out, ‘Sirrah! what's that to you, can’t I make use of my own Body? I have done nothing but what I will do again’.

Edward Carpenter’s home Millthorpe in Derbyshire near Sheffield became a focal point for gender equality and sexual reform from the late 19th century.

Carpenter used the term ‘intermediate sex’ to describe men and women who fell between the binaries of male and female. He was also an advocate for women’s rights, socialism, vegetarianism and other progressive causes.

Even after Carpenter’s death in 1929, his writings continued to be an important resource for Queer men and women.

In the 1890s George Ives founded the Order of Chaeronea. At the time he was living at the Albany, bachelor chambers on Piccadilly, London.

The Order was a secret society that was part support group and part pressure group. It drew on the mythology of ancient Greece to advocate for what Ives called ‘The Cause’ of homosexual liberation.

The Order was named for the 338 BC Battle of Chaeronea in which 300 Theban men joined by loyalty and love went into battle and were killed.

In the symbolism of the order, 338 BC was the base from which years were counted. Members even dated their letters using this system.

Ives’s own diaries refer to the Order in code. Its membership was so secret that historians have still not uncovered everyone, but there may have been as many as three hundred members. Through the first half of the 20th century members included the designer C. R. Ashbee.

The Order may have also included a number of women including author Radclyffe Hall and her partner Una Troubridge.

Members of the Order were also key to founding the British Society for the Study of Sex-Psychology. In 1913 the society held its inaugural meeting at the Cecil Hotel in the Strand, London (now the site of Shell Mex House). Edward Carpenter was its first president.

The BSSSP was similarly interested in sex reform, and particularly homosexuality. It published pamphlets on sexuality until the 1930s when it dispersed.

In the early 20th century the privately circulated magazine Urania (1916-1940) took a bold feminist stance, calling for the abolition of sex and gender.

This duality has resulted in the formation of two warped and imperfect types. …no measures of 'emancipation' or 'equality' will suffice, which do not begin by a complete refusal to recognise or tolerate the duality itself.

Sex is an accident

The magazine’s position was developed by the poet Eva Gore-Booth, and her life-long partner, activist Esther Roper. Gore-Booth’s maxim, ‘Sex is an accident’ was frequently quoted in Urania. Gore-Booth and Roper lived at 83 Heald Place in Manchester, and later in London. The headstone of their joint grave in St John’s Churchyard in Hampstead is inscribed with a quote from Gore-Booth’s poem to Sappho: ‘Life that is Love is God’.

Urania’s main editor, legal scholar Thomas Baty, lived out these gender non-conforming principles, and preferred to be known as Irene Clyde. Baty ‘longed passionately to be a lady’. The magazine republished articles on love between women and gender crossing, and strongly rejected both marriage and heterosexual sex. 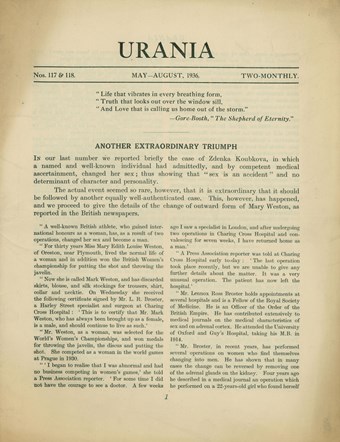 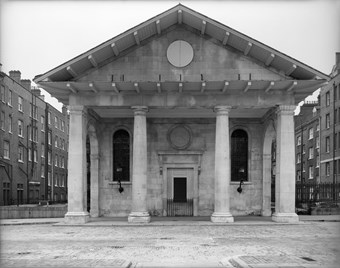 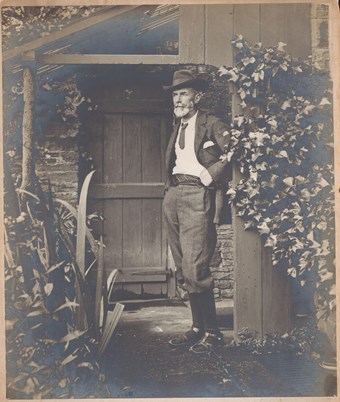 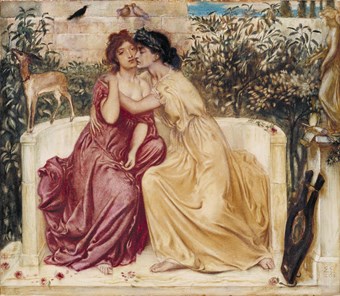