Is there such as thing as Queer architecture? LGBTQ people have designed and commissioned buildings throughout history. But do decisions about style, layout and materials directly reflect the sexuality of their designers? Recent decades have seen ‘Queer theories’ emerge that examine how LGBTQ people shape, inhabit and appropriate spaces and places.

The ‘Gothick’ of late 18th and early 19th-century England has been subject to Queer architectural analysis. This has focused on William Beckford and Horace Walpole and their fanciful houses.

Both Beckford and Walpole were wealthy aesthetes. They were both writers of dark, fantastical fiction that became immensely popular. Walpole was the author of The Castle of Otranto (1764). Beckford wrote Vathek (1786). In very different ways, both men might be described as Queer.

In 17th-century England and earlier it was not unusual for men to richly adorn themselves and their homes. But while men of the 18th century still concerned themselves with domestic arrangements, heavy adornment was increasingly seen as effeminate.

Horace Walpole, 4th Earl of Oxford, built his villa, Strawberry Hill in Twickenham. In order to design the building, Walpole assembled a ‘Committee of Taste’, which included his close homosexual friend John Chute, who lived at The Vyne in Hampshire.

Strawberry Hill was a decided oddity. Walpole described it as ‘a little plaything house…the prettiest bauble you ever saw’.

Strawberry Hill’s stuccoed battlements were like a stage set. The interior is a whimsical dream in wood, plaster and delicate papier-mache. It has medieval mouldings and cathedral-like features that lead up to ornate crimson and gilded state apartments. It has been compared to a masque, a theatrical mixture of display and concealment, and was a place to entertain a privileged same-sex circle.

William Beckford’s Fonthill Abbey, begun in 1796, was an extravagant and eccentric exercise in Georgian ‘Gothick’. It so overreached itself that its 276 foot high tower repeatedly collapsed, even while it was being built.

This extraordinary architecture was unlike the scholarly and religiously-minded Gothic Revival architecture that emerged later in the 19th century. It was certainly ‘outsider architecture’. Through a modern lens we could regard these men’s designs as camp, a self-consciously theatrical, impertinent artifice.

At the beginning of the Victorian period, Anne Lister remodelled her family home Shibden Hall in Yorkshire, adding a Gothic tower and library.

Anne Lister might have modelled some of these changes on similar ‘picturesque’ designs at Plas Newydd, which she had visited. Plas Newydd in Wales was home to the Ladies of Llangollen, who shared a romantic friendship. Lister’s remodelling of Shibden has been seen as an example of subversive Queer architecture because her designs balanced the need for a respectable reputation among her neighbours with her need for private space.

Many interwar interior designers were women who we would now label lesbian. Vogue magazine in the early 1920s endorsed a particularly Queer version of modernism that has been named ‘the Amusing style’.

Its fashion and social pages blurred gender distinctions and delighted in cross-dressing models and actors.  It introduced readers to new developments in literature, arts and culture, favouring whimsical and playful modern interiors.

Madge Garland and her lover Dorothy Todd, Vogue’s editor and fashion editor, who had originated this approach, were summarily dismissed by the publisher in 1926. They lived together in bohemian Chelsea, and were described by Virginia Woolf as ‘incredibly louche’, ‘Todd in sponge bag trousers; Garland in pearls and silk’.

Gerald Schlesinger and architect Christopher Tunnard lived together at St Ann’s Court, a now Grade II* listed classically modernist house in Surrey, at a time when such a relationship could lead to imprisonment. Their house was designed (1936-37) in direct response to contemporary homophobia. If visitors were expected, the double bed in the master bedroom could be separated into two halves. These could be rolled away from each other and separated by retractable screens. This formed two single bedrooms with a dressing room safely between them.

All these design approaches were practised far and wide across England. To put a spotlight on the obvious flamboyance of Walpole and Beckford while overlooking more sober-sided buildings by undeclared LGBTQ designers can reinforce stereotypes.

The homophobic comic figure provided by the dainty interior designer may have a basis in reality, reflecting the relative safety of that profession for an effeminate gay man. Yet the architecture and design of the gay (but married) Arts & Crafts architect Charles Robert Ashbee, for example, was no different from his contemporaries in the movement.

The evidence for a ‘Queer architecture’ is debateable. Nevertheless the changing relationship between LGBTQ people and, to varying degrees, a hostile society can be seen in built form. 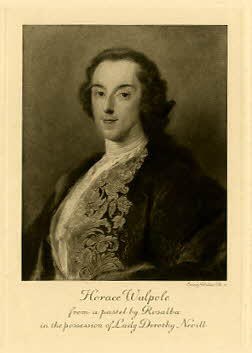 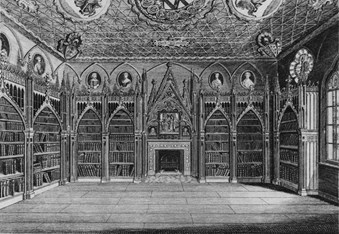 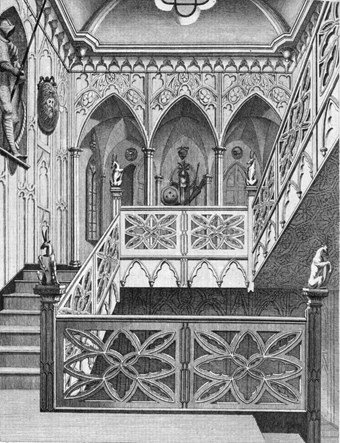 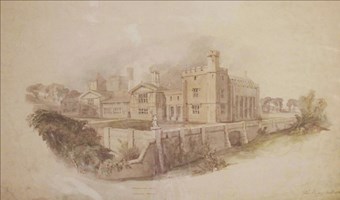