Love and commitment between same-sex couples has been marked by various rituals and ceremonies, often echoing or subverting the marriage ceremonies of their day.

‘Marriages’ between men were a feature of London’s queer ‘molly’ culture in the 18th and early 19th centuries. ‘Molly’ men took on female roles and names, gave ‘birth’ to dolls, and performed their own marriage ceremonies.

A molly wedding was celebrated between Hannover Kate and Queen Irons in 1727 at a pub in the Mint, Southwark. ‘Queen Irons’ was a French immigrant otherwise known as John Hyons. Hannover Kate was a butcher called John Coleman. They had been convicted the previous year for having sex together. ‘Sadly mauled’ in a pillory the men also spent three months in prison before marrying.

Bridesmaids included Miss Kitten and Princess Seraphina. Miss Kitten, also known as James Oviat, was known for blackmailing men with accusations of sodomy. Princess Seraphina, or John Cooper, was an unemployed gentleman’s valet who dressed as a woman at the masquerades in Vauxhall Pleasure Gardens. Neighbours always referred to Seraphina as ‘she’ and addressed her as ‘Princess’.

The marriage of James Allen

Saw mill worker, publican and dock worker James Allen married a woman at Camberwell parish church in 1808. After more than 20 years of marriage, he was killed by a falling piece of timber in an accident at the saw-pit where he worked. A doctor at the inquest in 1829 ‘testified the body to be that of a female.’

The story of James Allen was reported in the press, in forensic medical texts and in several ballads and music hall songs into the later 19th century.

A 19th-century union between women

Landowner Anne Lister and heiress Ann Walker marked and celebrated their 1830s partnership in a number of ways: ‘she is to give me a ring & I her one in token of our union’. They attended Holy Communion together at Easter 1834 in Holy Trinity Church, Goodramgate, York. They saw this action as uniting them in a state equivalent to holy matrimony in the sight of God.

In 1954 Vincent (Violet) Jones and Jean Lee were fined £25 each by magistrates, following their illegal wedding at St Luke’s Church, in Downham, south-east London. Some newspapers reported this story sympathetically. Jones said he had tried to get a ‘sex change’ from doctors, and would now save money to obtain this abroad.

‘We both love each other and when everything is put right we intend to get remarried. We shall have a public ceremony. We have nothing to be ashamed of.’

The first same-sex civil partnerships in England were registered in 2005 and the first same-sex marriages a decade later. Registry offices and town halls across the country have become locations for LGBTQ heritage as they saw the first such ceremonies in their town, city, or county. 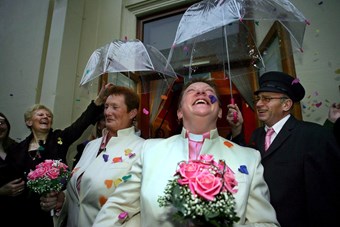 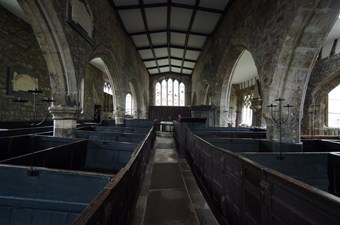 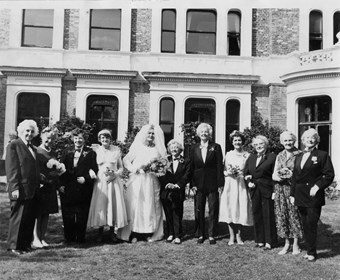 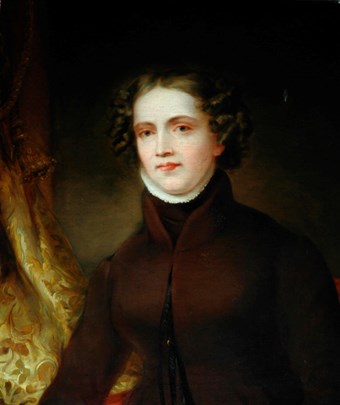