Skip to main content
Share this page
Share
Opened by lesbian Muriel Belcher in 1948, The Colony Room Club was a private members' drinking club at 41 Dean Street, in London's Soho.

Nightclubs and underground bars mushroomed in Soho from the early 20th century. Located next to the fashionable West End, London shopping districts and theatreland, Soho was also a district of migrants. The growth of jazz clubs, bottle parties, Queer clubs and dining clubs meant it was increasingly seen as a cosmopolitan and bohemian area.

Challenging social conventions in their sexual behaviour, artists mixed with the wealthy Bright Young Things of high society and the criminal underworld in these clubs.

The Cave of the Golden Calf

In 1912, Frida Strindberg opened one of the earliest nightclubs for Queer socialising in Mayfair. The Cave of the Golden Calf was at 9 Heddon Street, not far from the Café Royal (68 Regent Street), which had been the haunt of Oscar Wilde and his circle and a well-known gay venue of the time.

The new club’s motif was a golden calf, ‘symbol of biblical dissipation and idolatry’. The Golden Calf offered Londoners modern jazz and shocking dancers, and had a reputation for bohemianism and toleration of same-sex intimacy. Many people, however, could not afford the cost of entry to such lavish surroundings.

The publicly accessible pubs and clubs that appeared from the 1930s onwards could not guarantee safety. Raids and police harassment ensured that while they were open to anyone for the price of a pint, they might be risky to visit.

Billie’s Club on Little Denmark Street in London attracted a primarily Queer male clientele and offered a space for men to meet, socialise and dance together. Police officers went undercover at Billie’s and raided the club in 1936.

According to Detective Sergeant George Miller there were few women present at Billie’s. He reported that the ‘majority of the males present were of the nancy boy type. They used makeup and their hair was waved or dyed’. Raids were also targeted against black clubs such as the Shim Sham Club that were tolerant to Queer patrons.

Interwar Soho was ethnically and sexually diverse. Queer Black artists and musicians made their mark on British culture and LGBTQ heritage in Soho’s bars and clubs.

The Shim Sham club opened in the mid-1930s at 37 Wardour Street. It ran as a bottle party, a type of members club, which meant it avoided late night licensing restrictions on alcohol. The Shim Sham was frequented by artists, artist’s models, writers, and musicians. It also welcomed Queer, Black, and Jewish Londoners.

One of the key musicians at the Shim Sham was Queer African-American pianist Garland Wilson. Wilson was born in West Virginia in 1909 and in the 1930s performed in Europe. Wilson performed at the Shim Sham many times, including its opening night in 1935.

Included in this diverse interwar presence was Jimmie Daniels. Daniels was a Queer African-American, Harlem Renaissance entertainer, singer, nightclub host and performer. He was born in Texas in 1908 and grew up in Little Rock, Arkansas.

He moved to New York in the 1920s, training to be a secretary. After a brief return to Little Rock he moved back to New York where he established a career in the performance industry. He worked on Broadway and performed in Harlem at the Hot Cha. In 1933 he moved to Europe, performing in Monte Carlo and later with Reginald Forsythe at the Ciro's club in Orange Street, London.

In 1930s London Macpherson and Daniels socialised with artists, performers and writers including Barbara Ker-Seymer and Elisabeth Welch. Barbara Ker-Seymer was a Queer modernist photographer with connections to the Bright Young Things. Ker-Seymer studied in Chelsea where she became friends with artists such as Edward Burra and dancer Billy Chappell, both gay, who would go on to have successful careers.

Elisabeth Welch was an American singer and actor of African-American, Native-American, Irish and Scottish heritage, who starred in feature films including the 1936 Song of Freedom alongside Paul Robeson. Elisabeth also knew bisexual Black musician Leslie Hutchinson with whom she went to what she described to Stephen Bourne, as "the marvellous late-night dives of Soho which, in those days, attracted all the stars and theatregoers." 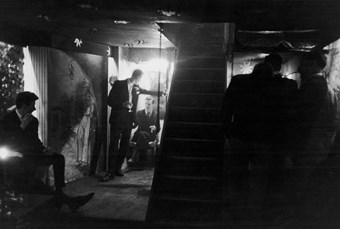 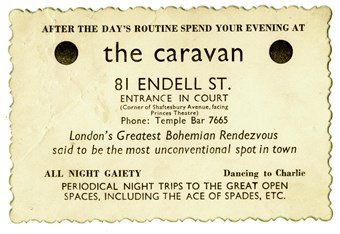 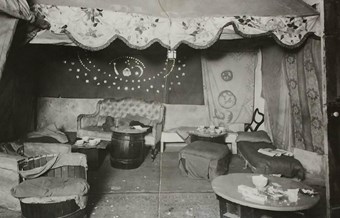 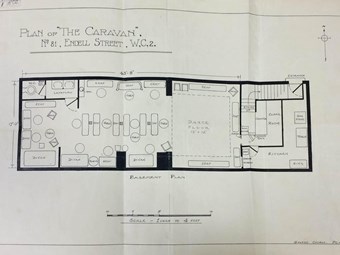 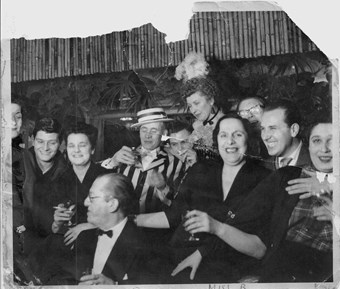 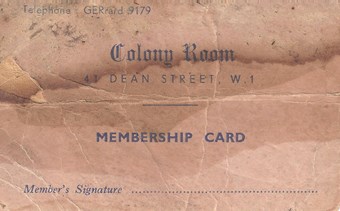 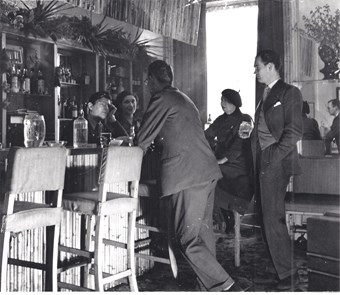 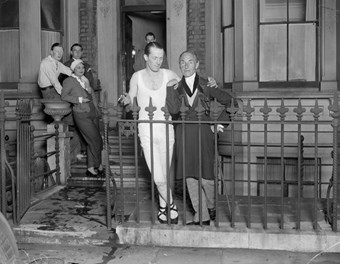