Skip to main content
Share this page
Share
Film still from The Killing of Sister George (1968). Scenes from this film, including this one, were filmed inside the Gateways Club. Some of the extras were played by Gateways regulars © Everett/REX/Shutterstock

A few lesbian clubs appeared during the mid-20th century, usually in London, though they were often short-lived. Lesbians might socialise in pubs that welcomed gay men, but it was less socially acceptable for women to go to pubs until after the Second World War.

Vito Eileen Ward remembers the Horse and Groom, a pub near the docks in Southampton that welcomed a range of Queer people in the 1960s:

This was the first gay pub I went to in the mid-1960s when I was serving in the Women's Royal Naval Service in Lee-on-Solent. The Horse & Groom was extraordinary - it was a rough place that welcomed everyone - black seamen, queer people and so on - people who wouldn't have been welcomed in ordinary places as themselves. Many women dressed as men and had men's names; often their girlfriends worked as prostitutes. I can still feel the excitement of being able to be there as myself for two hours of the day and be with a girlfriend. I used to change my clothes in the car before I went in. In those days in the Navy, we wore pinky rings to identify ourselves as lesbians. You had to identify either as butch or femme - I swapped between those choices!

Before and during the Second World War, most lesbian bars and clubs were found in central London. In the 1950s and 1960s, especially with the growing popularity of the Gateways nightclub in Chelsea, the focus shifted towards west London.

In Notting Hill Gate, lesbians were regular customers at The Champion pub on the corner of Wellington Terrace and Bayswater Road and at The Fiesta. The Robin Hood Club, on Inverness Terrace in Bayswater was another popular lesbian club in this period.

Outside London, only Brighton could offer this concentration of lesbian-friendly bars in the postwar years. Groups of friends would visit Brighton for the weekend or longer. One lesbian remembered: ‘Brighton’s gay now, but it was very very gay then.’

In the 1950s, Pigott’s Bar, 16 Madeira Place, was frequented by lesbians, as was the back bar of another working-class pub, the Spotted Dog at 13 Middle Street. Pubs, coffee bars and other venues in Brighton generally were very mixed, and lesbians socialised with gay men.

The most notable and longest-running lesbian nightclub in London was The Gateways Club at 239 King's Road, Chelsea whose door opened onto Bramerton Street. Its location is significant as Chelsea had been a bohemian area for artists and actors since the late 19th century.

The Gateways opened in the 1930s, but became an almost exclusively lesbian club from the 1950s and 60s. Owned by Ted Ware, it was managed by his wife Gina Ware, in conjunction with Smithy who had served in the women’s American air force.

Lesbians of all classes and backgrounds and from all over the country visited the Gateways. The club was so iconic that it played as the backdrop to the film The Killing of Sister George (1968) with some of its own patrons as extras.

Social interactions at the Gateways were organised around butch/femme culture, as they were across most lesbian bars and clubs from the 1940s to at least the 1960s. By the 1970s, this choice of either a masculine or hyper-feminine image was beginning to give way to less gender-specific fashions among young lesbians influenced by feminism or the counter-culture. The Gateways closed in 1985.

The Glass Bar at Euston Station, London, became a popular lesbian bar at the end of the 1990s. Located in the west lodge outside Euston Station, it ran from 1995 to 2008. The Glass Bar’s proximity to several railway stations meant it was popular with women from out of town as well as locals. It also hosted women’s groups such as Kiss, an Asian women’s social network. To gain entry, patrons would have to knock on the door and compete with the noise inside. But they would have to find the bar first:

I could never find the Glass Bar entrance! I used to have to call Elaine (the owner) and she would come and find me wandering around Euston station, every time. My lesbian sister used to be inside waiting for me, rolling her eyes. It was the time before mobile phones 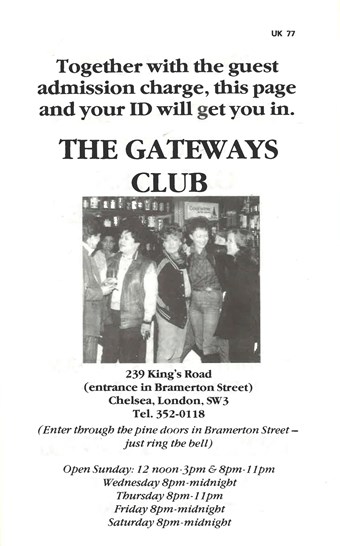 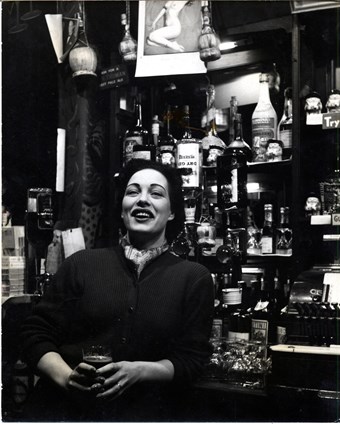 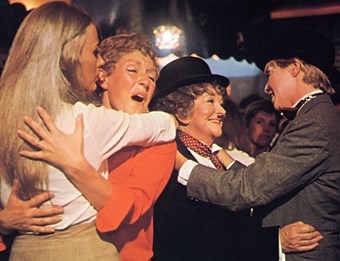 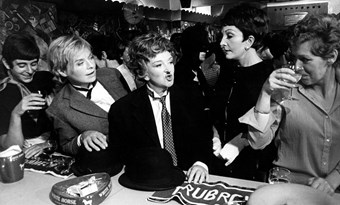