Clubs and pubs have long played a key role in the emergence of modern LGBTQ communities and identities. They offer spaces where Queer people can meet and socialise with relative freedom. Those that remain are often important community spaces imbued with shared memories.

The New Penny on Call Lane in Leeds claims to be the oldest continuously operating gay pub in the UK, and it certainly is one of the oldest outside of London. It was formerly known as the Hope and Anchor (and was referred to by some using rhyming slang) and has a Queer history reportedly dating to the 1950s.

Other pubs stake claim to be amongst the oldest Queer venues in England. These include the Dover Castle in Leicester and, in London, the Queen’s Head in Chelsea, the City of Quebec in Marylebone and The Royal Vauxhall Tavern.

From the 1930s a number of Queer-run private members clubs appeared, especially in London. These clubs allowed middle-class men the security of meeting others in a relatively safe environment. Clubs in London included the Arts and Battledress Club in Orange Street (later renamed the A&B Club in Rupert Street),  the Rockingham in Archer Street, the Spartan in Tachbrook Street and the Festival in Brydges Place. By the late 1960s and 1970s, as politics and fashions changed, these more exclusive venues were derided by liberationists as ‘piss-elegant’ for their pretentions.

Back bars across England

Landlords sometimes allowed separate rooms, or ‘back bars’, to be used by LGBTQ clientele on some nights. The now demolished Lockyer Tavern’s ‘back bar’ on Lockyer Street in Plymouth offered Queer men a place to socialise from the 1950s until the 1970s.

The Old Dog and Partridge in Nottingham similarly had a ‘back bar’ that catered to Queer patrons in an otherwise mainstream or ‘straight’ venue. The backroom of the Kings Head, on King Street in Leicester was hired out for Women’s Night, on Fridays. Beginning in 1980, it was run by Linda Grant, a lesbian activist from Leicester. It also provided backdoor access so that women would not have to come through the main entrance.

Soho wasn’t always the centre of LGBTQ London. From the 1970s Earl’s Court had been the central focus of many gay men’s urban socializing in the city. The Coleherne pub at 261 Earls Court Road was popular with gay men throughout the post-war period. It is best known from the 1970s when the pub was run as a leather bar with blacked out windows and patronised by lead singer of rock band Queen, Freddie Mercury.

One patron remembers the Boltons (see our interactive map), another venue across the street:

I went to the Boltons in 1975-6 when I was 19 or so - it was the first Queer place I went to and I was taken there by my older bisexual boyfriend. … my experience was that it was very mixed. I thought it was wonderful, and queer in the modern sense of the word: as long as you weren't a conventional heterosexual, you were welcome.

During the 1970s and 1980s, gay pubs and venues found ways of operating around licensing laws that required they serve food. At the Moulin Rouge in Bristol, a plate of wilted salad was passed around with strict orders that it was not to be eaten. At the Burleigh Arms in Cambridge (see our interactive map) chips were served at midnight. One patron of the Burleigh Arms described how:

At about midnight the music stopped abruptly and everyone in the disco space was herded through to the other room where chips were served. I remember this as virtually compulsory. It was only much later that I understood that the venue must have been granted its late alcohol/ music and dancing license on the basis that it was a 'supper club' and served food. I believe this was quite common for gay venues which often found it hard to get licensed.

In 1979, the first American-style nightly disco, Heaven, opened under the arches behind Charing Cross Station. It was the trend-setting precursor to London’s super clubs, and transformed the terrain of LGBTQ clubbing in the capital. With increasing interest in the ‘pink pound’, gay pubs and clubs proliferated in London and other cities and towns across the country.

By the 1990s gay venues across the country started to transform. No longer hidden behind blacked out windows, clubs confidently faced the street without shame. The Village first in Hanway Place, London and later in Wardour Street and Manto on Canal Street in Manchester were among the first to have large transparent windows open to the street. The Yard, on Rupert Street (London) was rare in having an outdoor space visible from the street.

The danger associated with visiting gay bars had not disappeared by the end of the 20th century. The Admiral Duncan at 54 Old Compton Street, Soho in London has been trading since the 19th century and been a gay venue for decades. In 1999 it was the location of a nail bomb attack that left three dead and dozens injured.

Club Kali, a large and successful mixed club for lesbians and gay men since the 1990s, operates at The Dome in Tufnell Park, north London and tours to other venues. Playing Bollywood, bhangra and world music, it is women-friendly and represents the diversity of Queer London.

Asifa Lahore, the UK’s first out Muslim drag queen explained why Club Kali is so important:

I first went to Club Kali in 2005 in my early 20s. It was the first place where I felt totally comfortable and didn't feel the need to justify identifying as Gay, Muslim, British and Asian. Everyone there understood and accepted the facets of identity of race, creed and nationality that the South Asian LGBT community has to deal with in Britain. It was the most liberating experience!

The Royal Vauxhall Tavern (RVT) is one of the oldest ongoing LGBTQ venues in England. It has been recognised for alternative entertainment and drag performance since the 1940s and has been an LGBTQ venue since at least the 1950s. It was built on the site of the Vauxhall Pleasure Gardens, meaning its LGBTQ heritage may go back even further.

Police raids on LGBTQ venues did not end with those seen at Billie’s Club and the Shim Sham Club in the 1930s, however. During the HIV/AIDS crisis of the 1980s, in an infamous episode, police raided the RVT wearing rubber gloves. This was supposedly due to their fear of catching HIV from RVT patrons. Among the 11 people arrested was drag artist Lily Savage (Paul O’Grady), who regularly performed at the RVT.

In 2015, the RVT became the first building in England to be listed for its significance to LGBTQ history as well as for its architectural interest. The listing description explains that it ‘has become an enduring symbol of the confidence of the gay community in London’. See the full RVT list entry. 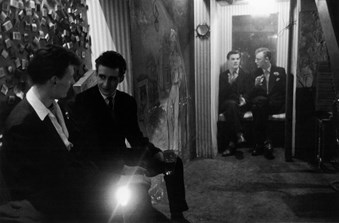 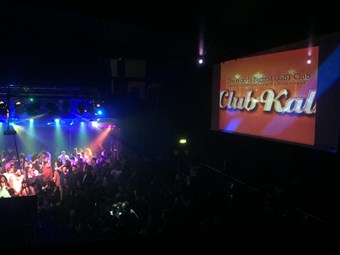 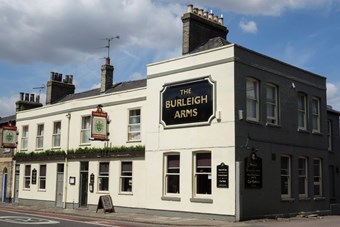 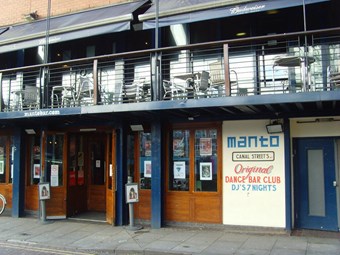 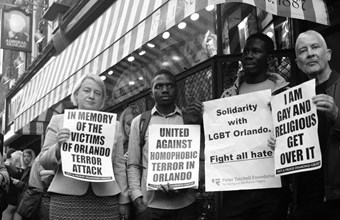 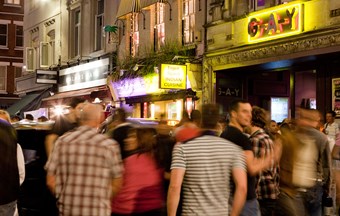 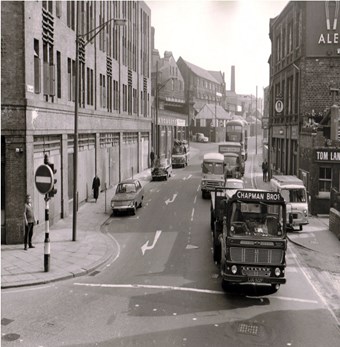 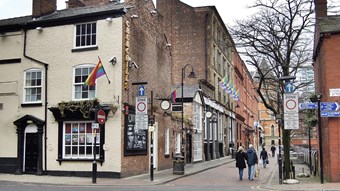