Skip to main content
Share this page
Share
Anne Bonny and Mary Read dressed in men's clothes, and pursued lives as pirates. Their biographies were recorded in A General History of the Robberies and Murders of the most notorious Pyrates in 1724. Public Domain http://tinyurl.com/hz3h96d

There are rich histories of people crossing gender throughout English history that resonate for trans and genderqueer  identities today. Gender-crossing people appear in court records, popular broadsheet ballads and newspapers. In most cases they were tried and punished for crimes such as theft and fraud, rather than for cross-dressing. Men arrested for passing as women were often assumed to be prostitutes.

We don’t usually have enough evidence of how gender-nonconforming people understood their sense of self and their motivations for challenging and crossing gender. Still, in the past as in the present, people expressed their gender across a broad spectrum.

The earliest LGBTQ location identified by Pride of Place is Cataractonium, present-day Catterick in North Yorkshire. Archaeologists there uncovered the grave of a 4th century AD ‘gallus’. Born male, a gallus became a priestess of the goddess Cybele by self-castrating, cross-dressing and taking a woman’s role to demonstrate commitment to Cybele.

The Cataractonium gallus was excavated with jet jewellery and other female accessories that suggested a priestess’s status. This social and cultural role sheds light on the gender diversity that existed in Roman Britain.

In December 1395,Eleanor/John Rykener was arrested in women’s clothing having sex with John Britby in Soper’s Lane near Cheapside in the City of London. After Rykener was determined to be a man, he was accused of ‘committing that detestable unmentionable and ignominious vice’. See a translation of the legal process document 1395, originally written in Latin.

Questioned by the authorities, Rykener described working as a prostitute in Bishopsgate, London and as far away as Oxford and Beaconsfield, having had sex as a man and a woman with both sexes. Rykener’s story defies a specific identity, but is among the clearest examples of gender nonconformity in medieval England.

A resonant 18th-century example is the gender nonconforming Chevalier d’Eon. D’Eon (1728-1810) was a French spy, diplomat and soldier. He lived the early part of his life as a man, and in later years she lived as a woman.

The Chevalier dressed in women’s clothes and signed her name as Mademoiselle d’Eon on a calling card when living at 38 Brewer Street in London’s Soho.

In 1787, d’Eon took part in a fencing match at Carlton House, London, home of the Prince Regent, later George IV. D’Eon fought against the Chevalier de Saint-George, who was of African and French parentage. D’Eon won the match, which was depicted in art, engravings and satire.

Cross-dressing stories were reported and sometimes celebrated in ballads and broadsheets.

Mary Hamilton became well known as ‘The Female Husband’ after marrying several women in the 18th century. As Dr Charles Hamilton he had married his landlady’s niece, Mary Price, in Wells, Somerset in 1746.

But three months later, Mary Price discovered the deception and Hamilton was prosecuted at Taunton Quarter Sessions court hearings. Price had ‘thought the prisoner a Man, owing to the Prisoner’s using certain vile and deceitful Practices, not fit to be mentioned’. Hamilton was convicted under the vagrancy act and sentenced to public whippings in four Somerset towns plus six months imprisonment.

Some female-to-male gender crossers were hailed as heroic if they had fought in war. Hannah Snell spent three years in the late 1740s as a soldier and sailor, passing as a man.

Back from the wars she built on her public recognition, performing at Sadler’s Wells theatre for a while. She later opened a pub in Wapping, reputedly called The Female Warrior.

Mary Ann Talbot took part in battles during the French Revolutionary Wars during the 1790s and received various injuries. To raise money, Talbot’s memoirs were published in 1804 as The Life and Surprising Adventures of Mary Ann Talbot, in the Name of John Taylor.

After revealing her biological sex as female, Taylor/ Talbot was sent by the magistrates to a lodging in Shoe Lane, London, with ‘a strict injunction…to break …the masculine habit to which I was so much used.’  This was only partially successful. Talbot/ Taylor continued to dress as a sailor and drink with former messmates, ‘the brave fellows at the Coach and Horses’, opposite Somerset House. 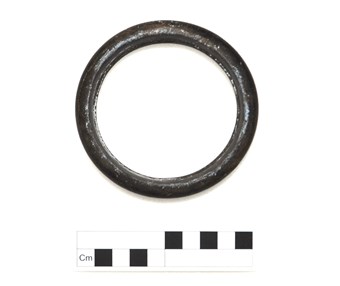 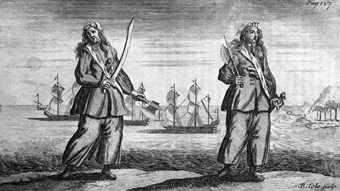 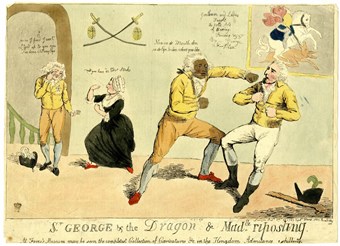 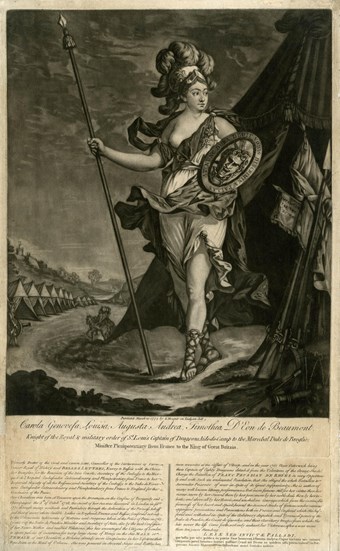