From the mid-19th century, increasing numbers of educated women sought paid work as writers or in the growing professions of teaching, philanthropic social work and nursing. This employment enabled many of them to remain unmarried and form their closest emotional ties with other women.

Octavia Hill (1838-1912) was one of Victorian Britain’s most important social reformers. In the early part of her career she used her skills as a manager of working-class housing to create healthier communities and trained other women to do the same. She established the idea of personal case work, the importance of good maintenance of housing, and believed in self-help rather than hand-outs for the poor.

Hill coined the term ‘the green belt’ and worked for its preservation to give Londoners access to the countryside. Her ideas paved the way for modern town planning. She was instrumental in saving open space for recreation in inner-city London. Her work to preserve the Lake District from encroaching railway companies contributed to the setting up of the National Trust in 1894 of which she was a co-founder.

Octavia Hill had a passionate intimacy with Sophia Jex-Blake, one of the first woman doctors. Subsequently, Octavia Hill’s long-term companion was Harriot Yorke, who lived and worked with Hill for 30 years. They lived together in Marylebone Rd, London and in Kent. Hill and Yorke are buried together in the churchyard at Crockham Hill, near Edenbridge, Kent. From the perspective of the present day, it is difficult to interpret the meaning of these friendships, but they were undoubtedly central to Hill's emotional life.

There is a monument to Octavia Hill at a Surrey beauty spot, on the summit of Hydon Ball hill (now owned by the National Trust). After her death, her family erected a stone seat there, from which walkers can enjoy views over the Surrey countryside.

Pioneer educationalist Constance Maynard founded Westfield College, London in 1882 to prepare women students to take University of London degrees. Her personal life was characterised by her search for close and intense homoerotic relationships with other women. During a difficult period in one such relationship she wrote in her diary, in 1891:

As I left she said with gentle hesitation, 'You never bite my fingers now, as you used to do.' 'Oh no, never,' I replied lightly. 'And you never snarl and growl like a jaguar when you can't express yourself. I never heard anyone growl as well as you.' … The sweet low voice went on, 'And you never rock me in your arms and call me your baby.' 'No, I said in the same even tone, 'I've been cured of that too.'

In north Lambeth, a network of women established and ran significant institutions for social work, education and the arts: the Lady Margaret Hall Settlement in Kennington, the Old Vic and Morley College. For these women, female friendships and same-sex relationships were paramount.

Emma Cons, formerly a close friend of Octavia Hill, and also a housing worker, managed and built workers’ housing in Lambeth. She set up clubs and services for the women in the area. Cons was ‘a bit of a tomboy… she always carried a knife and a piece of string in her pocket, even when she was wearing evening dress’.

In this area of crime and poverty, near Waterloo station, Emma Cons decided to set up a temperance music hall, and opened the Old Vic in 1880. Cons shared a home in Lambeth until her death with her niece Lilian Baylis (manager of the Old Vic and later Sadler’s Wells Theatre).

Emotional intimacy characterised these women’s relationships, irrespective of how we label their sexuality. Emma Cons’ closest friends included Ethel Everest, at whose country home, Chippens Bank, Hever, she spent most of her weekends. Her ashes were scattered in the woods there.

In the late 1880s, Emma Cons opened Morley College, offering adult education classes to working people at the Old Vic. In 1921 Morley College moved into its own premises at 61 Westminster Bridge Road.

Women’s participation was written into the founding principles of Morley College, and its early and subsequent principals were feminists who prioritised women in their personal lives.

Lilian Baylis guarded her private life. She had very wide networks of friends among other independent unmarried women in national and London theatrical and professional circles. They included composer Ethel Smyth, feminist Cicely Hamilton, and Miss Gordon Holmes, a stockbroker, all of whom had relationships with other women. 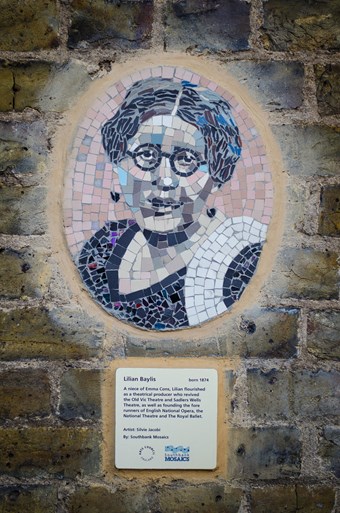 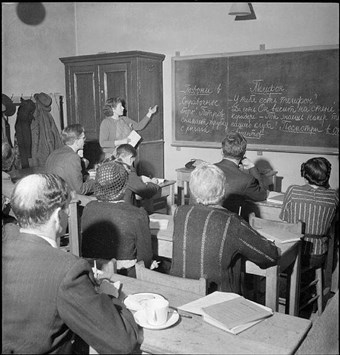 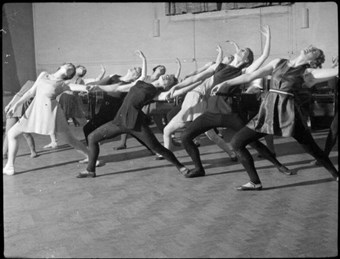 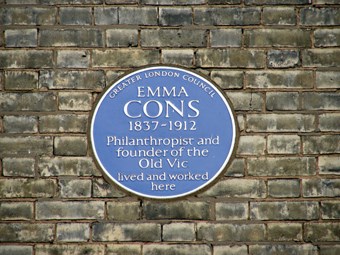