The First World War gave many women the opportunity to enter trades and professions that were previously closed to them. Lilian Barker, a teacher who had previously run an innovative youth club in Paddington, was appointed Superintendent of women workers at the Woolwich Arsenal in 1916. She oversaw the welfare and work of 30,000 women munitions workers.

Lilian had grown up in Kentish Town, and lived with her partner Florence Francis for 40 years until the end of their lives.

She was appointed Governor of the first Girls’ Borstal in Aylesbury in 1923, where she developed her progressive ideas on women’s prison reform.  One of her duties was to guide the girls away from over-intense friendships. In 1935 she was appointed an assistant commissioner of the prison service.

Suffragette Mary Allen took a leading role during the First World War in creating the (independent) Women’s Police Service. Like the voluntary women’s auxiliary corps, these services gave women the chance to take on masculine responsibilities and work, including wearing military-style uniform, and working with vehicles.

Allen and another WPS officer were deployed in 1914 to police a controversial curfew on civilian women around Belton Park military camp in Grantham. Although the WPS was disbanded after the war, it did pave the way for women to be recruited into the regular constabulary.

Mary Allen lived with another WPS leader, Margaret Damer Dawson in Chelsea, London and at ‘Danehill’, Lympne, in Kent. In the 1920s and 30s she became increasingly involved in fascist politics.

Marion Barbara ‘Betty’ (or ‘Joe’) Carstairs was an heiress and speedboat racer known in the 1920s as the ‘fastest woman on water’. Carstairs was a butch lesbian, and was known for her dashing male attire, cigars, and love affairs with sexually ambiguous stars including Tallulah Bankhead. ‘I was never a little girl,’ Carstairs said, ‘I came out of the womb queer.’

She was an ambulance driver on the French front lines in the First World War when she shared a flat with Dolly Wilde, lesbian niece of Oscar Wilde. In 1920, Carstairs opened ‘X Garage’ in Cornwall Gardens, Kensington, London. It was a fashionable chauffeur service with an all-woman staff who had been demobilized from wartime service in the Women’s Legion Mechanical Transport Section.

X Garage drivers chauffeured actresses to parties around London, and offered touring holidays around England and even Europe. They lived above the garage, and confused clients with the novel masculinity and sexual indeterminacy of the female drivers. By 1928 X Garage was closed and Carstairs had taken up speedboat racing, where she would make her name.

Lesbian teachers were in a tricky position from the interwar years on. Women in middle-class professions could live together without censure, protected by their respectable status and gender. But increasing anxiety about homosexuality in schools for much of the 20th century meant that spinster teachers were sometimes attacked as being lesbians or unwomanly.

Many teachers had significant same-sex partners in their lives. Agnes Dawson (1873-1953), a leading activist feminist teacher was personally attacked for allegedly describing marriage as legalised prostitution. Dawson was a successful head teacher of schools in Camberwell and Walworth, London, a leader of the National Union of Women Teachers and later, a member of the London County Council.

Dawson lived with her partner Anne Deborah Munns at the Dawson family home, 5 Borland Road, Peckham Rye. The only evidence Dawson left of this relationship was at its end. She wrote to a friend and fellow activist in 1952:

You will I know be sorry to learn that I have lost my pal and partner. Miss Munns (Munnsie to me) died on Tuesday last. We had lived together for the past 27 years. 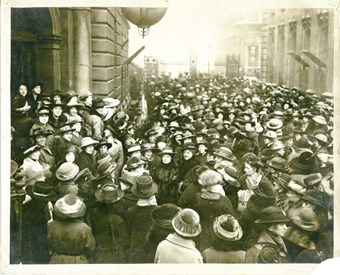 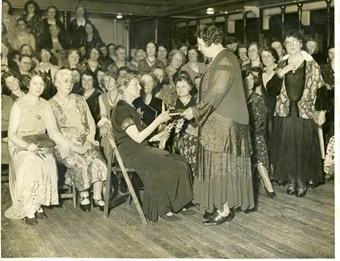 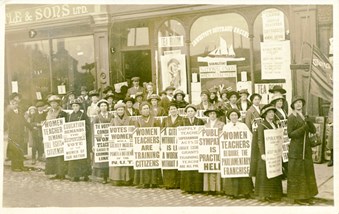 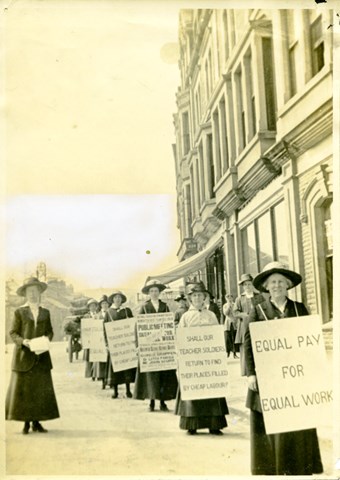