The redoubtable and determined Anne Clifford, countess of Pembroke, Dorset and Montgomery (1590-1676), spent much of her life in a long and complex legal battle to obtain the rights of her inheritance. Her fascinating story is known through her diaries and can be told through several historic places, some of which are now in the care of English Heritage.

Anne Clifford was born in 1589 at Skipton Castle, the daughter of George Clifford, 3rd earl of Cumberland and his wife Margaret. Her father was an extravagant courtier and naval admiral who had risen to fame within Queen Elizabeth's court as a skilled jouster.

Anne's two brothers died young, leaving her as the only surviving child of the family. She was educated by her mother and by her tutor Samuel Daniel, developing a love of literature, history, the classics and religious works.

When Anne was 15, her father died. She was upset to find that she did not inherit her father's vast estates - the Clifford family lands were extensive and included the great castles of Skipton, Brougham, Brough and Appleby. George had left these lands and titles to his brother Francis Clifford, leaving Anne £15,000 in compensation. This was a direct breach of an entail which stated that the Clifford estates should descend lineally to the eldest heir, whether male or female, dating back to the time of King Edward II.

The earl of Cumberland had not recognised the strength and determination of his daughter. From that moment, Anne's mission in life was to regain what she viewed as her rightful inheritance.

Her mother Margaret, as her guardian, initiated claims on Anne's behalf to both the Clifford's baronial titles and the estates, but the earl marshal's court refused the claims in 1606. Margaret's archival researches demolished Earl Francis's case for all the estates in the court of wards in 1607, the judges deciding that the Skipton properties were rightfully Anne's. Her uncle, however, refused to yield up the estates.

In 1609 Anne married Richard Sackville, third earl of Dorset (1589-1624). Her husband took charge of her lawsuits and in 1615 the court of common pleas decided that he and Anne could chose between two different halves of the estates, but could not have all of them. Anne refused to comply - she wanted all of the estates.

Defying the pleas of her by now exasperated husband, and even pleas from King James, she continued to fight. Against their wishes, in 1616 she travelled north to see 'her' estates and visit her mother at Brougham Castle, the only person left who supported Anne's claims.

On her departure from Brougham Castle, Anne travelled with her mother a quarter of a mile to where the castle drive meets the main road, 'where she and I had a grievous and heavy parting'. Margaret died a month later. With her death, Anne lost the only person who was prepared to help her fight for her inheritance. She later erected a monument at this spot, today known as the Countess Pillar, in memory of her mother.

After her mother's death in May 1616 Anne was isolated, but she refused to yield her claim on the estates despite unpleasantness from her husband and incessant pressure from James I's courtiers. She suffered a period of ill health and withdrawal.

Worse followed when she refused to accept a settlement of the dispute in February 1617 whereby all the estates were given to Earl Francis and his male heirs, and £17,000 was given in compensation to Anne. Her husband quickly pocketed the money and Anne was left with nothing.

Only in 1643, after the struggle of a lifetime, did Anne regain the Clifford family's lands after the death of her cousin. To celebrate, she commissioned the 'Great Picture', a portrait of her and her family which is now owned by the Abbot Hall Art Gallery in Kendal.

After the Civil War, in 1649, when she was 60 years old, Anne moved back to the north. She spent the next 26 years of her life restoring the mostly ruinous family castles to their former glory (Skipton, Pendragon, Appleby, Brough and Brougham Castles). She also built some almshouses for poor widows in Appleby and restored several churches in the area. Anne died in 1676 at Brougham Castle, in the room where her father had been born. 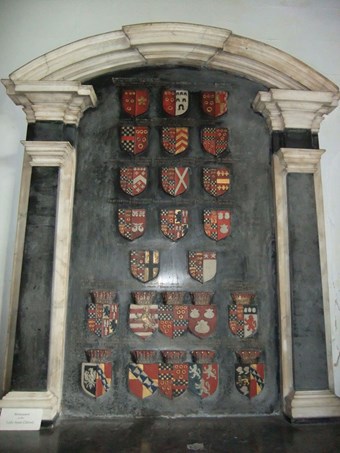 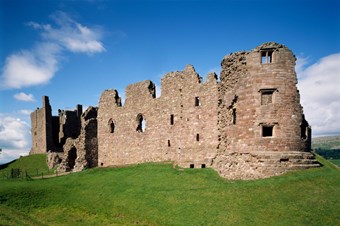 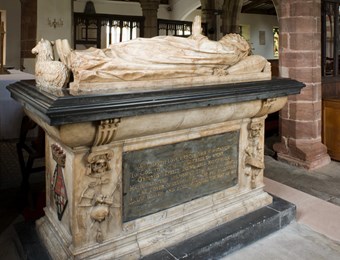 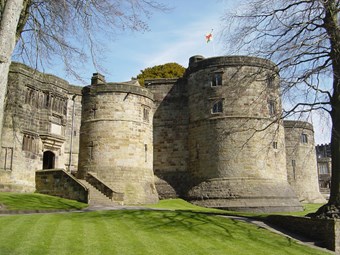 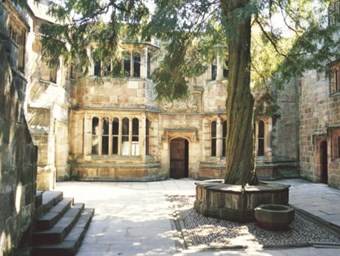