Skip to main content
Share this page
Share
'C' wing of Holloway Prison from the north. From 1902 the prison was used exclusively for women and many of the suffragettes, including Emmeline Pankhurst, were held here © Historic England bb70-10139

The Long Road to Women's Suffrage

From the middle of the 19th century women right across the country began engaging in a determined struggle for their right to vote. Early campaigns were initiated by the London National Society for Women's Suffrage (LNSWS) (see Uses and Abuses of 'Property') and the Manchester National Society for Women's Suffrage (MNSWS), both established in 1867.

The start of the suffrage campaign

Circulating pamphlets and petitioning were early campaigning activities, with the MNSWS holding its first public meeting at the Manchester Free Trade Hall on 14 April 1868. Considered by some to mark the beginning of the suffrage campaign, resolutions were proposed by Lydia Beckett, Agnes Pochin and Anne Robertson. It was a significant occasion since it was rare for women to speak publicly at this time.

In the latter years of the 19th century, women in regional areas became increasingly involved in the struggle for suffrage. The MNSWS extended their activities beyond the confines of the city, and by 1877 were organising public meetings throughout the north of England. In 1887 the society moved to an office in 5 John Dalton Street, from where they coordinated various campaigns including those focussed on building support among working women. In 1897 the MNSWS joined other societies in London and around the country, to form the National Union of Women's Suffrage Societies (NUWSS), recognising an ever increasing need to present a united front.

Suffrage activism was to take a dramatic turn in October 1905 when Christabel Pankhurst and Annie Kenney were arrested at a Liberal Party meeting held at the Manchester Free Trade Hall. Asking if the Liberal Party would enfranchise women, they were ignored and thrown out of the meeting before being arrested for obstruction and spitting at a police officer. This moment marked the beginning of the militant campaign within the struggle for suffrage which was led by the Women's Social and Political Union (WSPU).

As well as leading marches and pageants in their trademark colours of white, green and purple, WSPU members engaged in dramatic scenes of smashing windows, burning empty buildings and hunger strikes. Between 1905 and 1914 around 1000 suffragettes were sent to prisons such as Holloway Prison in London as a result of their militant activities.

As more suffragettes were jailed however, the NUWSS became increasingly concerned that militancy was detrimental to the cause. The NUWSS remained committed to a peaceful campaign mostly carried out in drawing rooms and at public meetings around the country, yet they also began organising peaceful demonstrations to prove what they felt was the effectiveness of non-militancy. With banners flying and accompanied by marching bands, they would gather at Trafalgar Square or along Embankment and begin a procession which would end at the Albert Hall, or other various destinations.

The suffrage campaign was abruptly interrupted by the outbreak of the First World War. However when the war ended, it was recognised that many returning soldiers weren't entitled to vote. As a consequence, the Representation of the People Act 1918 was passed, which extended suffrage to men over the age of 21 as well as some women over the age of 30. The next milestone was achieved in 1928 with the Representation of the People (Equal Franchise) Act whereby voting rights were granted to all women over the age of 21, signalling the first time that women had achieved electoral equality with men. 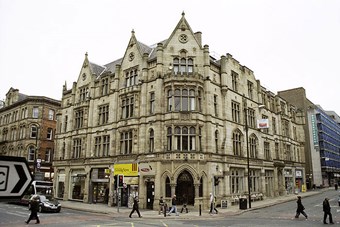 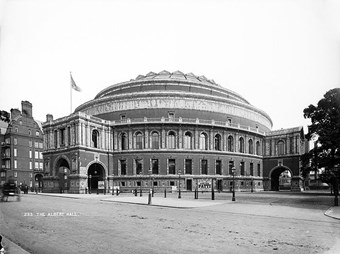 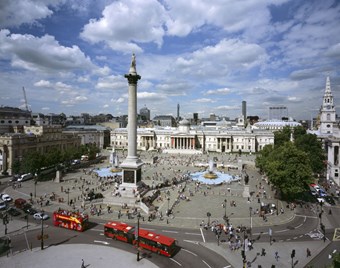