Marketing strategies were a feature of the Women's Social and Political Union's (WSPU) genius (see Suffrage and Uses and Abuses of Property). The idea of the Union Colours - purple for valour, white for purity and green for youth, was launched in time for a mass demonstration in central London on 21 June 1908, 'Women's Sunday'.

All women were urged to wear at least one item in the 'Colours', a ribbon for hat or waistband, a scarf, belt, buckle, or badge, available to buy from WSPU offices to advertise and identify the Cause.

In London's Hyde Park (see Personal Freedom and Public Space) 80 women speakers on 20 platforms urged 'Votes for Women'. 'The Times' estimated the crowd at half a million.

Perhaps the turnout and the sale of thousands of scarves that day, prompted department stores (see The Fashion for Shopping) to produce and sell jewellery and clothing in 'the Colours', such as blouses bearing 'Votes for Women' displayed in their windows.

Ironically, this money must have helped finance the WSPU's own new chain of shops (see 'Suffrage').

If businesses thought this might protect them from attack they were mistaken. Smashing the massive department store windows became a symbolic act, as Emmeline Pankhurst (1858-1928) declared in February 1912, "The argument of the broken pane is the most valuable argument in modern politics".

Outraged letters to 'The Times' and cartoons in 'Punch' about 'the manly woman', as they termed the New Woman (see Women Only), gradually fuelled a backlash.

Lady Harberton (1843/44-1911) was a founder of the Rational Dress Society, an organisation trying to free Victorian women from unhealthy, restricting clothing such as the corset.

In 1898, Lady Harberton was refused entry to the Hautboy Hotel, Woking for lunch because of her cycling outfit which consisted of a shortened divided skirt.

More serious, in the following century, was the means used to control political activity in public places. After a suffragette, Helen Ogston (1883-?), used a dog-whip to defend herself from assault at the Albert Hall (see Suffrage) in 1908, Lloyd George banned women from all his public meetings by introducing the Public Meetings Bill.

They protested by marching to 13 Tomlins Grove, London E3,  the house of a Conservative councillor who voted for the ban. As a suffragette started her speech, mounted police charged the crowd injuring women and children.

The following year, the First World War would provide the rallying point for women demanding to be allowed to help the war effort.

By taking over the jobs of those men who went to fight, women's lives were transformed - as the 'The War-Worker' of December 1918 described. 'To-day she may smoke, she may wear trousers, she may crop her hair short, she may live alone in flats, she may walk the streets…No one stares at her or interferes with her or thinks any the worse of her.' 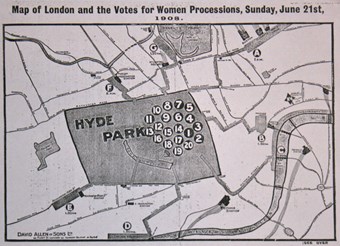 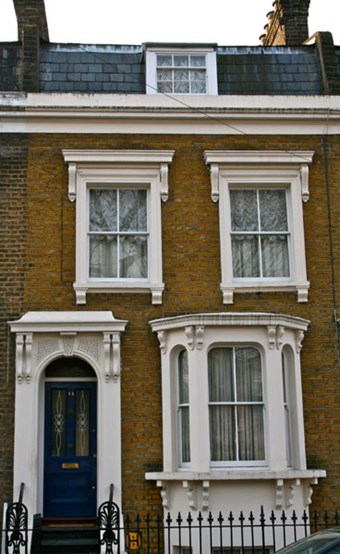