In the 19th century, a ragbag curriculum of music, French, dancing, and drawing; with a governess of limited education or at a fashionably expensive girls' school; 'educated' the middle and upper class girl for marriage. But the 1851 Census revealed that one million women were unmarried and in need of employment. One of the few 'respectable' employment options was as a governess, yet often girls' education was too inadequate to enable them to secure such work, resulting in poverty and dependence on family or charity.

Denied access to the male education system, women began to create their own system of alternative institutions. The beginning of this ambitious campaign was in 1848 with Queen's College for Women, Harley Street, London W1, established by the Governesses' Benevolent Institution, taking the first step in secondary education to enable girls to gain recognized qualifications.

One popular objection to female education was women's supposed mental and physical frailty which made them unfit for learning and exercise. Trying to answer their critics produced a conflict in the Women's Movement between those groups who devised a curriculum especially for girls, as opposed to those who demanded an education equal to that of boys.

Frances Mary Buss (1827-1894) believed in equal secondary education and her small school opened in 1850 at 46 (later renumbered 12) Camden Street, London NW1 forming the basis of the successful North London Collegiate School for Ladies. In a final move, the school was established on its current site at Canons, Stanmore from 1929.

Buss, a believer in freeing all aspects of women's lives, included many sports in the curriculum and incorporated the first specially-designed gymnasium in a girls' purpose-built school in Sandall Road. In 1871, Buss started the Camden School for Girls for families on lower incomes which now occupies the site at Sandall Road. 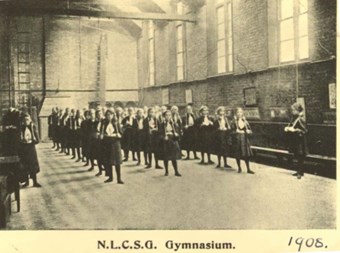 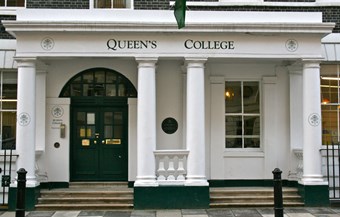 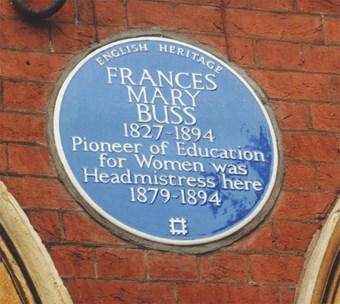