In 1867, Anne Clough inspired the establishment of the North of England Council for Promoting Higher Education for Women which started the movement for university lectures for women. Despite passing university examinations, women were not allowed to be awarded degrees until 1878 at University of London, 1895 at Durham, 1920 at Oxford, and 1948 at Cambridge.

In 1929, the author, Virginia Woolf (1882-1941) wrote about the wealth accumulated by the men's ancient colleges visible in their splendid buildings, none of which had come the way of women's education.

Emily Davies (1830-1921) experienced the problem firsthand when fundraising in the 1870s to build a women's university college offering the same examinations as those of male undergraduates at Cambridge. 'We are told that we ought to ask for £30,000 at least…It is not a large sum, considering that there is to be but one college of this sort…and considering how easy it is to raise immense sums for boys' schools. But considering how few people really wish women to be educated, it is a good deal.'

Lack of money forced women, eager to get their projects started, to rent domestic buildings while raising money for purpose-built premises. Girton College, Cambridge began life in 1869 as Hitchin College for Women in a redbrick detached villa where a hut in the garden known as the tabernacle provided extra accommodation.

Parental concern at the moral danger of girls leaving home highlighted the importance of location. Davies ensured  'respectability' by choosing Benslow House in the (then remote) village of Hitchin, between Cambridge and London, to deter visits by male students from Cambridge!

Davies and Bodichon, Girton's founders, were forced to raise a loan to buy 16 acres near Girton village but needed a further £7,000 for the construction of a college with proper facilities.

Bodichon, who had previously built her own house in Sussex, chaired the Building Sub-Committee and liaised with the architect, Alfred Waterhouse. The building was unfinished when students arrived in 1873. They commented on  '…a red raw building …with windows and doors still being fitted…,' design sacrificed to finance when a window in the original plans had been changed resulting in 'a long bit of blank wall outside, which is very ugly' and that even before the building was complete it was overcrowded as enrolments increased.

A year later Bodichon made interior design plans with her friend, Gertrude Jekyll (1843-1932) to improve the basic conditions which Davies thought unnecessary, and certainly financially unwise.

All these struggles eventually paid off establishing a foundation for future growth. The British Federation of University Women purchased a lease for Crosby Hall, Cheyne Walk, London SW3 in 1926 as an international hall of residence for university women, with a purpose-built extension.

The second women's university college, Newnham, Cambridge was founded in 1871 in buildings designed by Basil Champney. With its expansion in 1938, the college employed a noted woman architect, Elizabeth Scott (1898-1972) to work on the design of Fawcett Hall, named after suffragist leader, Millicent Fawcett (see Suffrage). 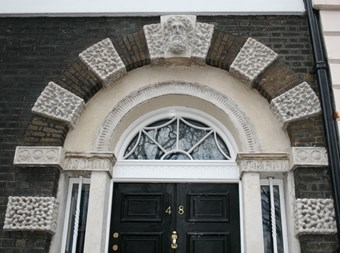 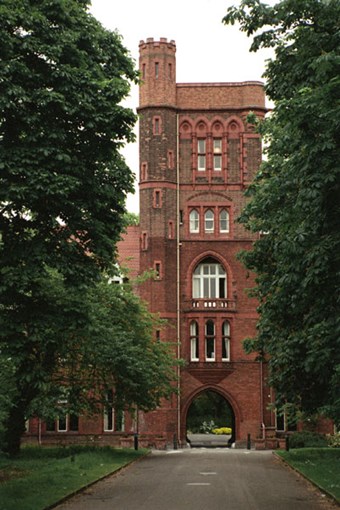 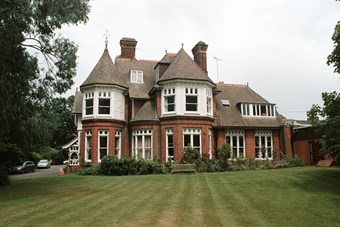