Born in 1905, Margaret was educated at The Perse School and Newnham College in Cambridge, and trained as an architect. Margaret married her tutor in 1926 and had two children. When her marriage ended, she moved with her children from Cambridgeshire to set up home in Devon.

Desperate for work, Margaret accepted a position photographing buildings under threat from enemy bombing for the National Buildings Record (NBR), and became its first female photographer. She modestly described her photographic work as a ‘side-line’. She had been photographing architecture since around 1930, supplying photographs to a number of architecture and design journals, photographing for architects and had worked for an advertising agency.

Margaret initially found the work challenging. Ill health and difficult conditions affected her confidence. In one letter, she describes having to warm her camera under the bonnet of her car as the shutter kept sticking in the cold. Despite these setbacks, Margaret was able to supply thousands of images to the NBR during the war, including views recording the devastating raids on the cities of Exeter and Plymouth.

After the war, Margaret worked for the Ministry of Town and Country Planning, and helped revive the Victoria History of the Counties of England.

More information about Margaret can be found in our Heritage Calling blog.

Images from the Margaret Tomlinson collection 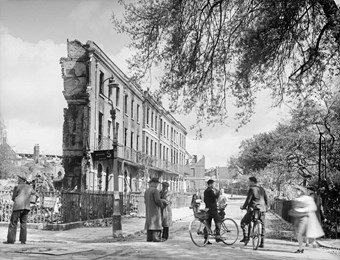 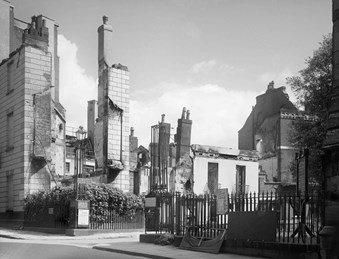 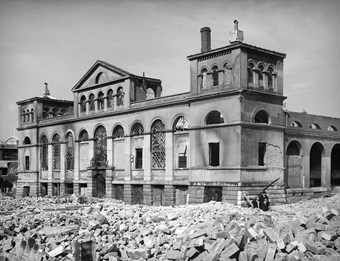 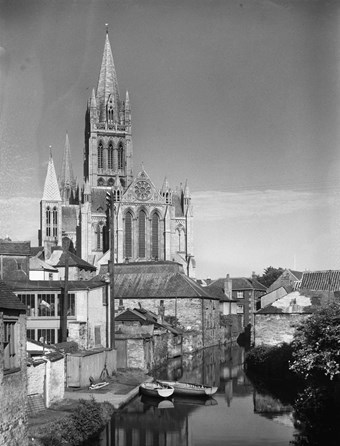 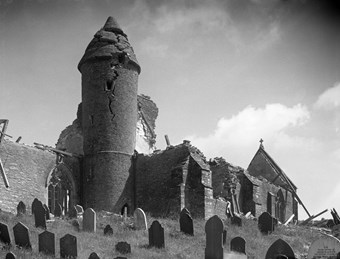 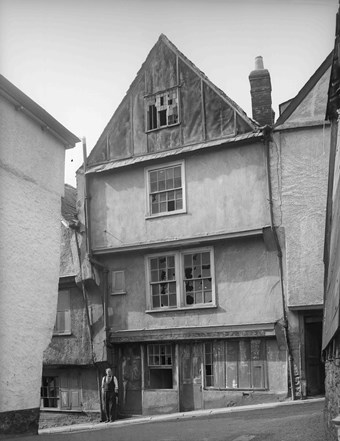 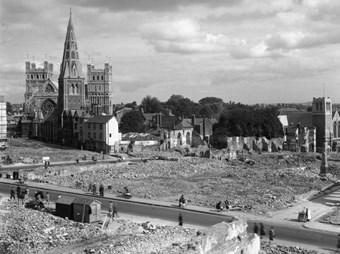 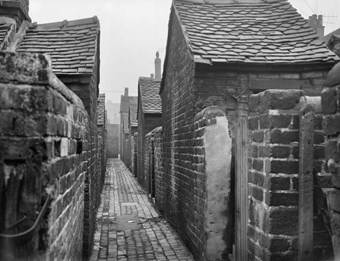 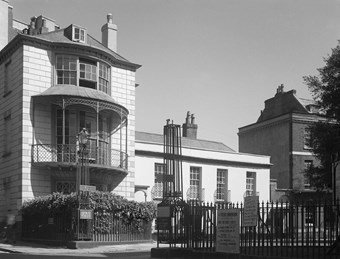