The Architecture of Beer

The annual National Beer Day celebrates an industry that has survived wars, pandemics and recessions. This year it takes place on Monday June 15 and we look at the historical architecture associated with brewing in the Midlands, from Monks' cloisters to modern breweries using listed buildings.

Beer brewing can be traced back to early civilisation, and has been referred to through the ages as 'liquid bread'. Neolithic farmers in Orkney brewed beer with ingredients such as hemlock. By 1200 AD brewing was a standard domestic practice, carried out mainly by women using ingredients found in and around the home.

According to the British Beer and Pub Association the brewing of beer with hops started in the UK in 1410 AD with migrants from the Netherlands and Belgium importing the crop from their home countries. By the 17th century hops were being grown in the Midlands, especially in Herefordshire.

Monasteries are credited with advancing the brewing process. Not only did they keep records of recipes, they actively worked on developing better beer as they believed they were working on behalf of God.

At the Grade I Rufford Abbey, Nottinghamshire, established in 1170 AD, monks were allocated 16 pints of beer per day. Although the Abbey and its entire estate was granted to the fourth Earl of Shrewsbury in 1570 during the Dissolution, the west range of the monastery survived, which includes the lay brother's refectory.

Although the Dissolution ceased monastic brewing in large parts of the UK, monks continued to develop the brewing industry but in different ways. The Revd Godfrey Broster, Head Brewer of Rectory Ales in Sussex, believes many monks found employment in the breweries of inns and taverns.

Licensing of these public houses was controlled by magistrates from 1550 and during the 16th and 17th centuries many had small breweries attached to them. One of the oldest to survive and still brewing is Telford's All Nations Inn. The Inn dates from 1789, but it was first licensed to brew beer in 1832.

Please click on these images of Midlands brewing architecture to enlarge 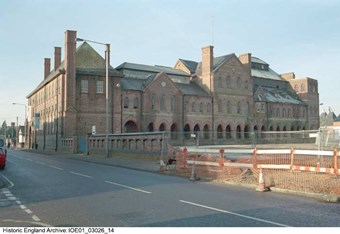 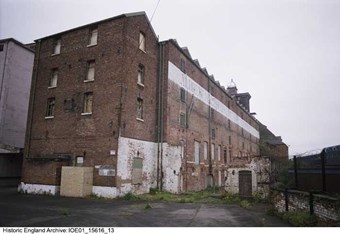 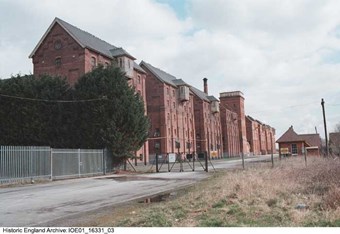 Large scale commercial brewing took hold during the 19th century with the establishment of mechanised, industrial production. In 1834 the number of commercial brewers producing over 10,000 barrels per year was 134; this had doubled by the 1850s and almost trebled by 1871.

In order to feed this growing industry, large malthouses and purpose built breweries were erected, especially in the Midlands where there was land available and access for transportation through the developing canal network.

From cheers to fears for the future

Following the 19th century boom came years of industry decline, the First World War and the 1918 flu pandemic saw pub hours restricted. The industry was then hit by the depression and the Second World War. This resulted in the closure and often demolition of breweries.

Thankfully, some buildings remain including the magnificent Grade II listed Bass Maltings, in Sleaford. There are plans for mixed use development similar to the scheme that restored the Grade II Northgate Brewery in Newark. The Northgate brewery was built in 1871 and produced the Warwicks' ales and stouts that supplied the Warwicks and Richardsons' pubs before it closed in 1966.

The Grade II listed Shrewsbury Flaxmill Maltings started life in 1796 as the first iron-framed building in the world, paving the way for future skyscrapers. It started out as a linen mill but was adapted in 1897 as a maltings. Historic England is working with partners to restore the buildings and recently a successful crowdfunding appeal restored the iconic coronet at the top of the highest building. 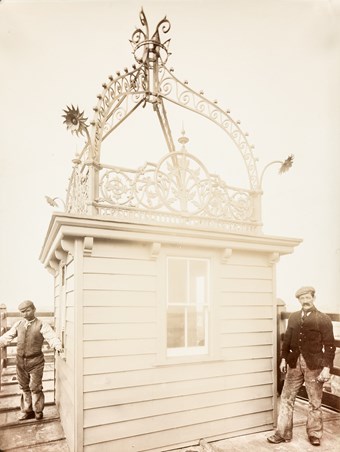 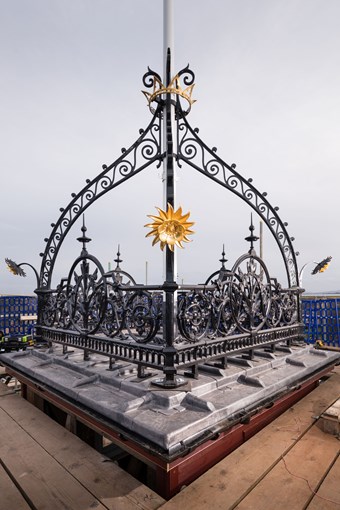 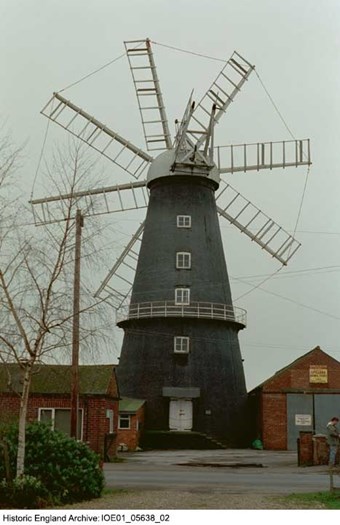 Although large commercial brewing has declined in the Midlands, there's been a resurgence of small scale breweries. The award winning 8 Sail, set up in 2010, is situated in buildings overlooked by the impressive Grade I eight sail Heckington Windmill in Lincolnshire.

The windmill dates from 1830 and is still in use today, grinding the grain for the production of 8 Sail's cask conditioned beers. As with many small breweries, 8 Sail has adapted to the Covid-19 lockdown measures by offering a take-out service. Indeed many Midlands breweries are offering online ordering or take out, including the Birmingham Brewing Company, the Green Duck in Stourbridge and the Wye Valley Brewery, so that people can still get their liquid bread.

Strategy for the Historic Industrial Environment - The Brewing Industry