Historic England has awarded a £12,600 grant to help with the restoration of the Sutton Walls camp, near Hereford. This Iron Age hillfort settlement is associated with the Saxon King Ethelbert, the East Anglian king who was murdered after falling foul of his future father-in-law, Offa King of Mercia. 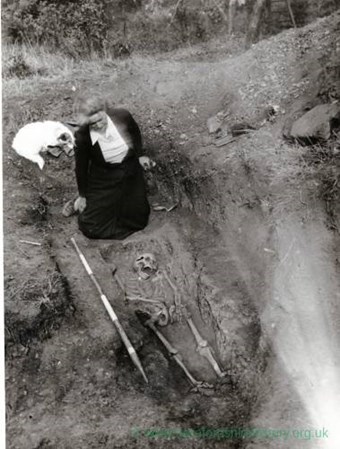 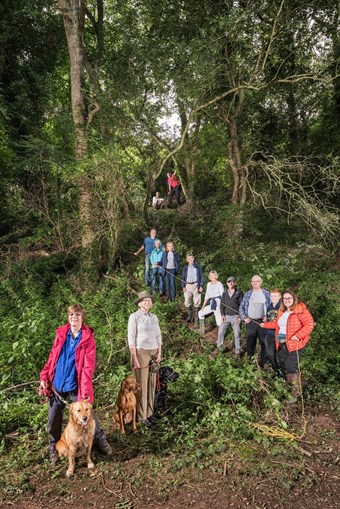 The Sutton Walls site, which sits atop the hill between Marden and Sutton St Nicholas just four miles north of Hereford, was first excavated by Dame Kathleen Kenyon between 1948 and 1951.

Her excavations revealed 500 years of permanent settlement, with foundations of roundhouses, corn-drying ovens, cooking hearths, and burials dating from around the 2nd century BC, this was before the native Iron Age populations were ‘Romanised’ by the incoming Roman administration and military.

Kenyon discovered at the west entrance a large pit containing a ‘war cemetery’ of 24 skeletons, many decapitated. Kenyon believed them to be the bodies of native defenders of the hillfort defeated by the Romans.

They were naked and stripped of any items that could date their demise, so archaeologists are now questioning whether they may be Saxon, possibly the entourage of King Ethelbert.

Ethelbert was an East Anglian king who was betrothed to a daughter of the King of Mercia, Offa. After travelling to King Offa's court of ‘Southtown’ or Sutton for the wedding he was decapitated and the marriage never took place.

Sadly, the site has been mistreated over the years, from quarrying to landfill use. However, the Sutton Walls Conservation Group was set up in 2017 to conserve and manage the site.

The Heritage at Risk grant of £12,660 from Historic England has enabled the group to commission surveys to help detail the conservation management planned for the monument. Worcestershire company Swift Ecology are recording and monitoring the habits of bat and badger populations over the seasons, mapping significant older trees and helping to inform how the site is managed.

At the same time, there is a nation-wide search for the 24 skeletons that Kenyon uncovered from the ‘war cemetery’. At some point following their assessment in a London laboratory, they have gone missing.

The group is now working with Herefordshire Museum Service and others to find the skeletons in the hope that they can be dated using up-to-date scientific techniques which may also identify their origins. This is just the beginning of further work at Sutton Walls as the story of this fascinating monument unfolds.