Skip to main content
Share this page
Share
An aerial view of the site in 2008 showing the extensive remains of the nationally important explosives factory. The site was was scheduled in June 2019. © Cornwall Council 2019

The National Explosives Factory near Hayle, Cornwall, has been protected by the Department for Digital, Culture, Media and Sport, on the advice of Historic England.

The factory was built for the Cornish mining industry and later became a major supplier of Cordite MD to the Royal Navy.

The site is a rare surviving example of a state-of-the-art structure. It tells us how explosives were made in the late 19th century and in the First World War, when demand called for a tenfold increase in the number of workers.

Other explosives factories on the National Heritage List for England include Waltham Abbey and Barnbow in Leeds.

History of the site

National Explosives was designed and built by Oscar Guttmann (1855-1910), a Hungarian engineer. It was Cornwall's most advanced technology project until the Goonhilly satellite station was built in the 1950s.

By the mid-19th century Cornwall was the world’s most important mining area and Hayle the ideal location for the new factory. The town was close to the mining and quarrying markets which needed the dynamite, and there was already a large workforce in the area. 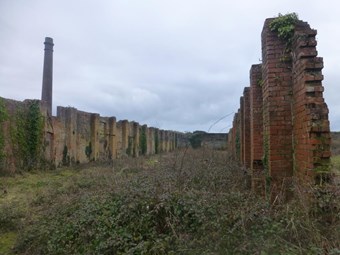 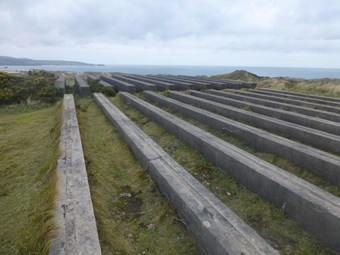 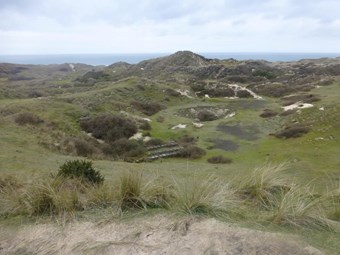 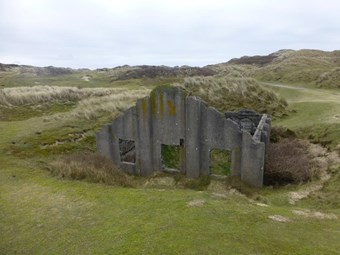 Natural features also played a part in deciding where to build the factory. The sand dunes at Upton Towans were ideal. They could absorb the blast of any accidental explosion, and the falling ground levels were perfect for nitroglycerine production.

Most of the service buildings no longer exist and the site is now mainly earthworks. The nitric acid works and its chimney survive, along with four roofless structures dating to the 1890s. These could be the earliest known surviving group of mass-concrete magazines.

Hayle in the First World War: a major employer of local women

National Explosives provided jobs for local people at a time of growing unemployment. Employees were trained and well-paid, and the factory known for its pleasant working conditions. By the end of its first year of operation, National Explosives was producing three tonnes of dynamite daily.

Women worked at the factory from the start, making dynamite cartridges. In 1889 the factory employed 175 people, but during the First World War this number increased over tenfold to 1,800, the majority of them women. Three matrons were employed to care for them.

Today, the site is a nature reserve managed by the Cornwall Wildlife Trust. It is also close to the South West Coast Path.

The National Explosives factory has many compelling stories to tell, as a state-of-the-art site supplying the Cornish mining industry, and as a vital supplier of explosives – made by women - to the Royal Navy. Protecting this site acknowledges its outstanding historic interest and ensures we can continue to learn from it for generations to come.