From the sweeping Humber Bridge to Philip Larkin’s house where he wrote many of his famous poems, to the striking and innovative Tidal Surge Barrier, Hull’s heritage is being given additional recognition today with nine places in the city listed by the Department for Digital, Culture, Media and Sport on the advice of Historic England.

Hull is also one of Historic England’s ten new Heritage Action Zones, in a move that aims to bring the Old Town back to life by getting residents and businesses behind a new vision for the area, transforming historic buildings and providing funding to residential developers.

John Glen, Minister for Arts, Heritage and Tourism said:
"The great Philip Larkin wrote of the domes, statutes and spires that make Hull unique but it is also architectural triumphs like the Humber Bridge and Tidal Surge Barrier that have helped build the city's reputation.

"What better time than during its year as UK City of Culture to recognise and celebrate the historical and cultural landmarks which tell the story of Hull’s illustrious heritage. I am also delighted that Hull's old town is to benefit as a Heritage Action Zone to bring a further boost to this great city."

Duncan Wilson, Chief Executive of Historic England, said: "From its rich maritime heritage dating back as far as the late 12th century to the graceful Humber Bridge opened on this day in 1981, Hull has a proud story told through its historic buildings and places. Historic England is pleased to be supporting Hull City of Culture 2017 through the listing of these buildings today."

Humber Bridge, Grade I listed
The Humber Bridge has been listed at Grade I, a status given only to buildings of the most exceptional architectural and historic interest. It combines engineering skill and good design to create a sophisticated structure and a sublime landmark. Construction started in 1973 and it was officially opened by the Queen, 36 years ago today on 17 July, 1981.

In a first for a long span suspension bridge, reinforced concrete was used to create the towers. This was made possible by advances in the reliability of concrete. At 1,410 metres, it had the longest single bridge span in the world, a record it maintained for 16 years. This formidable engineering feat was needed because of the location of the bridge; the wide estuarial crossing of the Humber was fraught with engineering difficulties. Even now it remains in the top ten longest spans worldwide.

The functional robustness of the bridge was, of course, tantamount, but the engineers, Freeman, Fox & Partners were aware of the impact such as large structure would have on the open setting of the estuary. They paid attention to design detail and the aesthetic quality of materials. Therefore, despite its great size and strength, the Humber Bridge has a simple elegance in harmony with the landscape.

Renowned poet, Philip Larkin’s house, Grade II listed
The place where Philip Larkin was at his most creative in his poetry has been listed today at Grade II. His flat at 32 Pearson Park was to become enmeshed in his creative process as he wrote many of his best-known and most celebrated poems here, sitting in the front room overlooking the park. Some, such as ‘Toads Revisited’ specifically reference the park, while the title of ‘High Windows’ for his final collection were those of his flat.

Philip Larkin was appointed librarian at Hull University in 1955, where he was to work for the next 30 years. He moved into the top-floor flat of 32 Pearson Park, which was owned by the University, in 1956 and remained there for 18 years until the house was sold by the University.

Number 32 Pearson Park was built in 1892-3 in the Queen Anne style. It’s a typical example of a late 19th century suburban, semi-detached brick house. Many original fixtures remain such as the cast-iron railings and gate at the front and the staircase, panelled doors, architraves and cornices. Despite being an attractive building, it wouldn’t be listed for its architectural merits alone but its connection to one of England’s foremost 20th century poets, means it deserves to be protected.

Tidal Surge Barrier, Humber Street, Grade II listed
The Hull Tidal Surge Barrier was built in 1977-1980 to safeguard the low-lying city from flooding from the Humber estuary. The city is vulnerable to flooding as 90% of it lies two metres below the level of the highest recorded tides in the River Hull. It forms a dramatic, sculptural arch in a prominent location yet is sensitive to the historic waterfront. The design by Shankland Cox has successfully combined functional engineering with architectural design, craftsmanship and attention to detail and has therefore been listed at Grade II. 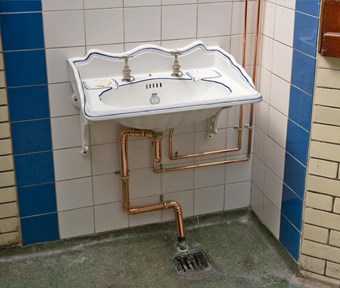 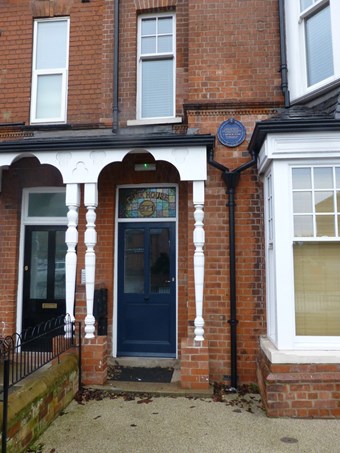 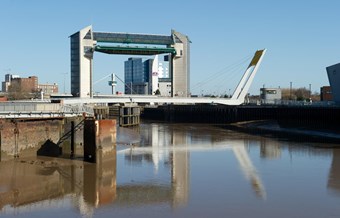 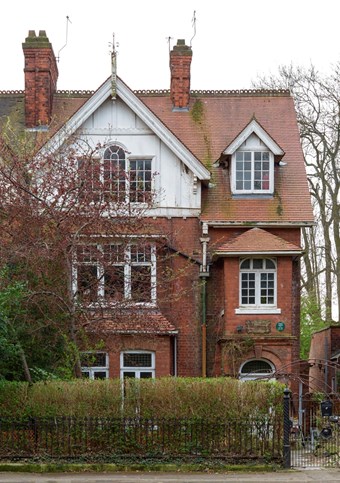 Homes of J Arthur Rank and Alfred Gelder, 365-371 Holderness Road, Grade II listed
The terrace originally known as Chestnut Villas was built in 1888 and is typical of its age. Although the houses still have many original features, they wouldn’t normally be considered for listing purely for their architecture. However two notable men from Hull are connected to the houses, securing their Grade II listing.

J Arthur Rank, the saviour of the mid-20th century British film industry, was born at No 371 Holderness Road shortly after it was built. He came from a family of strict advocates of Methodism and started off producing films with a specifically religious message in the inter-war period. Bank-rolled by the profits from his family’s flour milling business, he set about supporting the British film industry in the face of fierce competition from Hollywood. Over the 1930s and 1940s Rank developed and launched Pinewood Studios, took control of Gaumont-British Picture Corporation, the Odeon cinema chain and Denham and Gainsborough film studios and he also supported Ealing studios. Cinema attendance peaked through the Second World War and British film-making reached its zenith. The Rank trademark of Billy Wells, former English heavyweight boxing champion, beating a giant gong is synonymous with this period of film-making.

Alfred Gelder was the only Lord Mayor of Hull to be elected five times in succession (from 1898). He was passionate about championing Hull and shaped much of the centre of the city as we know it today, instigating the grand city centre with new, wide streets and impressive civic buildings. He was the architect of 365-371 Holderness Road and lived at No 365. Although Gelder designed many houses, commercial and public buildings in Hull, the majority were destroyed by the Second World War or later development.

The Nelson Street public conveniences opened in 1926 and combined toilets for men and women which was unusual at a time when most public conveniences were for men only, illustrating the changing social status of women during the 1920s. The building is elegant and well designed in an Edwardian style with Art Nouveau features. Almost all of the original fixtures and fittings survive, including the tiles and terrazzo floors, the porcelain J Duckett and Sons lavatory fittings and the panelled doors.

Grave of Edward Booth, 25 year old railway fireman whose death spurred new train safety measures, Grade II listed
The gravestone of Edward Booth, a 25 year old railway fireman killed in a train crash in 1906, has been listed at Grade II. The train crash was a notorious, dramatic event that was widely reported in the press at the time and it led to significant changes to safety on the country’s railways.
The train crashed at Ulleskelf station on 24 November, 1906 after passing a signal set at ‘danger’ in fog. It ran into the rear of a coal train, killing both Edward Booth and the driver. As a consequence of the accident, the warning device invented by Vincent Raven, which included an audible warning to the driver when he passed a signal, was further developed and installed on 100 miles of track by 1909.
Edward Booth is buried in Western Cemetery. 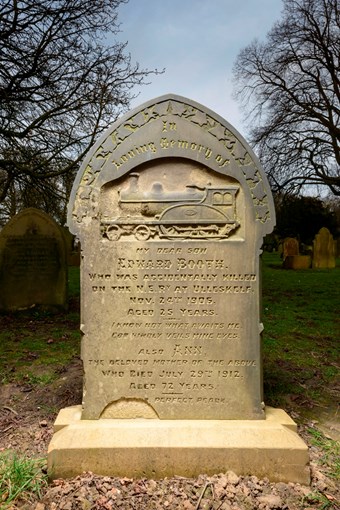 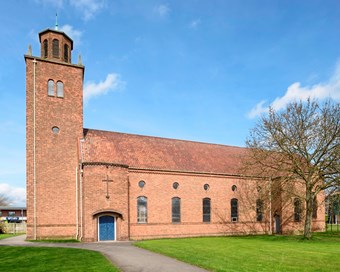 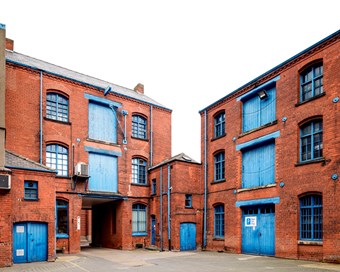 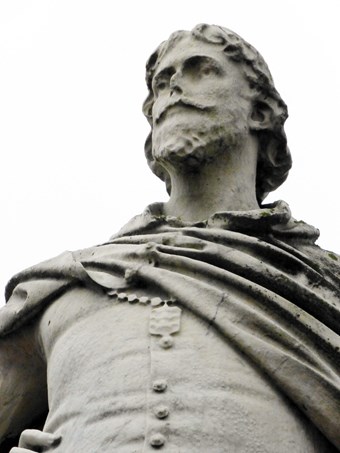 St Michael and All Angels Church, Orchard Road, listed at Grade II
The Church, described in Pevsner’s as ‘the best post-war church in Hull’ was built using part of the compensation paid by the War Damage Commission for the city-centre St Stephen’s Church, lost to enemy bombing during the Second World War. It was built in 1957-58 in a neo-Georgian and Scandinavian style with a simple white interior by the well-regarded architect Francis Johnson. His churches are distinctive for being clean-cut and carefully designed. St Michael and All Angels Church is enriched by high quality fixtures and fittings by notable artists and craftsmen.

Standidge Buildings – late 19th century warehouses, Chapel Lane, listed at Grade II
Built in 1884 as part of a speculative development for a wholesale grocer, the redbrick warehouse, Standidge Buildings, later became a mineral water bottling works reflecting the substantial late-Victorian demand for aerated waters, particularly by the Temperance Movement in this strongly Nonconformist city. It has been very little-altered and is now used by a lighting supplier.

Statue of William de-la-Pole, Nelson Street, listed at Grade II
William de-la-Pole was Kingston upon Hull’s first Mayor (1332-1335), a wool merchant and financier of both King Edward II and King Edward III. He became responsible for commandeering and commissioning ships for the King in the Hundred Years War and in 1339 was created a Knight Banneret and also Baron of the Exchequer. He represented Hull in Parliament for a number of years. He established the English Wool Company to finance the King’s military campaign but the scheme failed. In later life he established a hospital in Hull, the Maison Dieu and founded a religious house. The life-sized statue was commissioned in 1868. The Town Hall was demolished in 1913 and the statue was moved to its present position in Nelson Street in 1920.