For the first time, courts in England and Wales will consider the full impact of arson or criminal damage such as vandalism to national heritage assets, including listed buildings, historic objects or unique parts of our historic environment. The new guidelines published by the Sentencing Council come into effect on 1 October 2019.

The guidelines also highlight that damage to historic buildings, archaeological sites or objects can destroy unique parts of the country’s history, and this damage should be taken into account during the sentencing process.

The courts will also consider:

The new guidelines, which apply to both Magistrates courts and Crown Court, cover:

Existing sentencing guidance for these offences is limited. There is some guidance in the Magistrates’ Court Sentencing Guidelines (MCSG) for arson, criminal damage and racially or religiously aggravated criminal damage offences. However, there are no guidelines for the Crown Court and none for criminal damage/arson with intent to endanger life or reckless as to whether life endangered, or for threats to destroy or damage property.

England's heritage can't be valued purely in economic terms. The impact of criminal damage and arson to our historic buildings and archaeological sites has far-reaching consequences over and above what has been damaged or lost. Damage to our heritage comes in many forms. Whether it be graffiti painted on the walls of a historic church; vandalism to the stonework of an ancient castle; or causing a fire that devastates a Medieval barn or Victorian pier, these offences have a detrimental impact on both the historic property or site and the local community in which it is located.

The new guidelines will help the courts identify all the relevant factors to include in their sentencing decisions as they will now be able to consider, 'threats to cause criminal damage', 'the act of damage' and 'damage by fire'. It will also aid Historic England's work with the Police and Crown Prosecution Service when cases involve damage caused to heritage or cultural assets.

1. The guidelines apply to all offenders over the age of 18 and cover the following offences:

3. Similarly, where injury is caused, it is likely that the offender will face other charges in addition to arson or criminal damage depending on the severity of the injury and the level of intent.

5. Guidelines set sentencing ranges within the maximum for the offence as set out in current legislation. When legislation changes, guidelines are amended as appropriate. 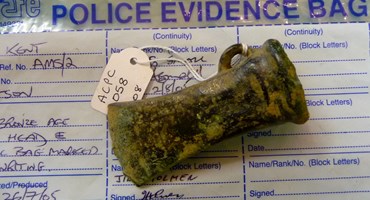 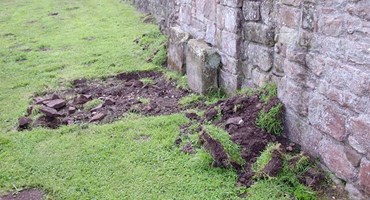