A striking war memorial built to commemorate the 18 children who died at Upper North Street School in Poplar in a German air raid on London 100 years ago today, has been upgraded to Grade II* by the Department for Culture, Media and Sport on the advice of Historic England. Built in the form of an angel in mourning, it is the centrepiece of Poplar Recreation Ground, a stone’s throw from the school.

Debbie Mays, Head of Listing for Historic England, said: "This memorial to the 18 children who died serves as an eloquent witness to the tragic impact of world events on this community. It was completed only five days before the Treaty of Versailles was signed, formally ending the war between the Allied Powers and Germany. It is also poignant that the memorial was unveiled by Major General Ashmore who commanded the London Air Defence Area which was established largely in response to this devastating daylight air raid of 1917." 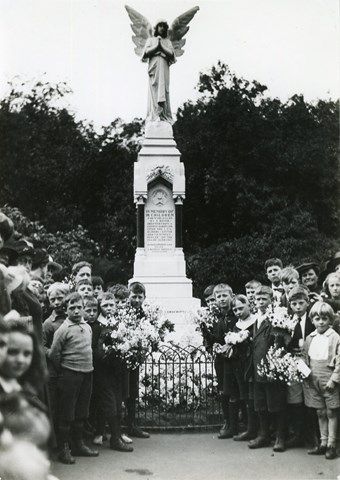 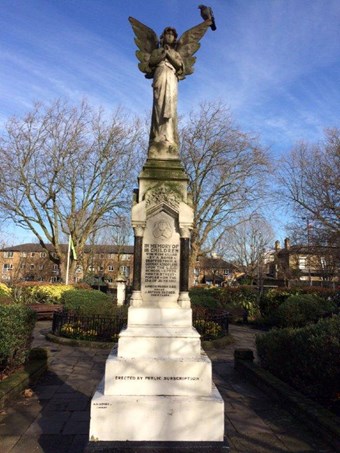 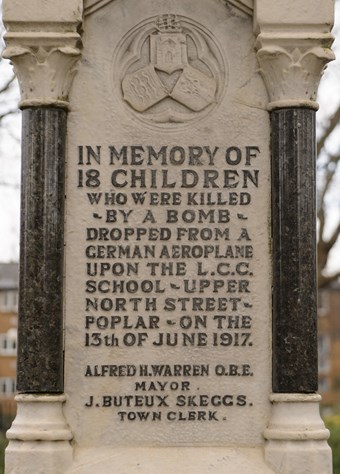 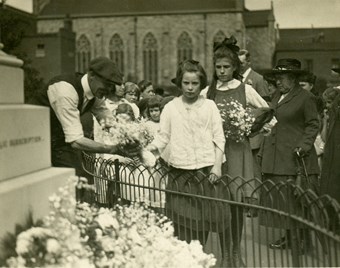 In the first major daylight air raid over London of the First World War, a bomb dropped by a German Gotha aeroplane crashed through the roof of Upper North Street School into the girls’ classroom on the top floor killing one child, then fell into the boys’ classroom on the middle floor killing several more and finally exploded in the classroom on the ground floor where there were 64 infants. Of the 18 children who died, most were just five years old. At least 37 others were seriously injured.

It was part of a larger bombing raid on London that day that caused the single highest number of casualties of all the air-raids on London during the First World War, killing 162 people and injuring another 432.

It prompted a complete review of British air defences and resulted in the setting up of the London Air Defence Area, involving observers, guns and fighter squadrons defending Londoners from German air raids.

A week after the tragedy, 15 children were buried in a mass grave at The East London Cemetery in Plaistow in one of the biggest funerals in London and three were interred in private graves.

A commemorative plaque is on display at Mayflower Primary School, which is the modern school that has replaced Upper North Street School.