This summer, their Planning Inspector’s Report on Luton was published. The work we did with Luton Borough Council has led to the inspector agreeing with our proposed changes to improve the plan’s historic environment policies.

The Inspector has recommended including a new policy in the plan calling for an early review of what should be put at Stockwood Park, near Luton Hoo, and Power Court, near St Mary’s and Plaiters Lea, and where the football club should move to.

The Inspector also noted our serious concerns about the safeguarded route for a future East Circular relief road. The route crosses two of only three scheduled monuments in the borough. Whilst the safeguarded route will remain in the plan, the Inspector recommended that further reference is made in the plan to these important monuments. We also have been pleased to see amendments to the polices for the Creative Quarter (Plaiters Lea) and High Town, two conservation areas in the town at risk, with more reference to the important heritage there as we requested.

Why we advise local councils

Our aim when advising councils is to identify local historic buildings, monuments, landscapes and conservation areas throughout each Local Plan so that, in the words of national planning policy, there is “a positive strategy for the historic environment.” In this way historic assets should be protected and sensitively incorporated as change happens in an area.

How the process works

As part of the process of adopting a local plan, we went to the Local Plan Examination in Public in late 2016. This is the final stage in the process of plan making where an independent planning inspector reviews a council’s proposed local plan. Public hearings, called an Examination in Public, are held and people and organisations interested in the plan can make comments about the plan directly to the Inspector, as we did.

At the end of the review of the plan, the Inspector publishes a report with changes that need to be made to the plan so it is considered ‘sound’, which is a test set by Government to make sure that all adopted plans are consistent with the relevant law and policy.

The Inspector’s Report on Luton was published in Summer 2017.

How to get involved

Each local council has a local plan to set out where development should go. They review it regularly and have to ask the public for their views as part of the process. To find out what stage your council is at with their next local plan and when they will next be consulting the public, check the local plan pages on their website. 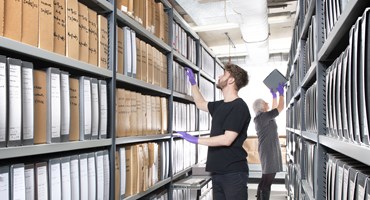 Got some spare time and want to make a difference? Find out about volunteering at Historic England or with other heritage organisatons.

Find out about these annual awards that reward the efforts of local people in protecting, saving and sharing their heritage.