Friday 22 May is World Goth Day, a celebration of Gothic style and culture encompassing art, music, architecture and literature. We explore listed places in the region associated with this darkly romantic movement.

Nottingham's General Cemetery is a registered park and garden and is a Gothic landmark in its own right. Originally created in 1836 as an Anglican cemetery, in 1865 a dissenter's extension was added. The dissenter's mortuary, now demolished, was built in English Gothic style. However, it's proximity to another special Goth place, legendary music venue Rock City, earns it a place in this list.

One of the cemetery's entrances is on Talbot Street, where Rocky City is located. The venue, which is not listed, was built as a skating rink in 1876, and although completely painted black you can still see the Victorian architecture. It became Rock City in 1980 and is one of the UK's leading alternative gig and music clubs. Rock City has hosted many bands beloved of the Goth community, such as The Cure, Bauhaus, Nick Cave and Iggy Pop. 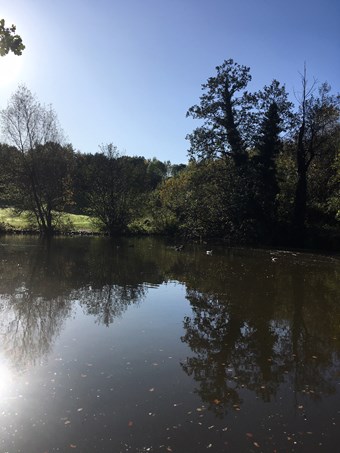 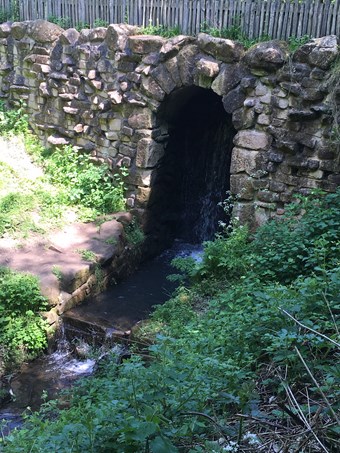 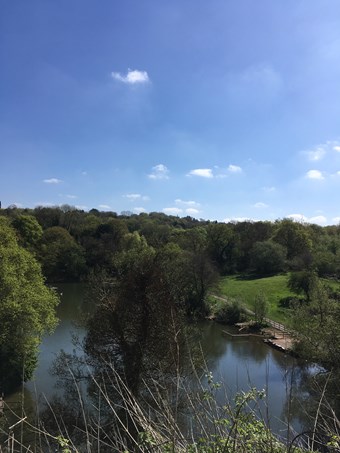 The Leasowes is a Grade I pleasure garden in Dudley, West Midlands designed during 1743 and 1763 by the poet William Shenstone, a leading influence on the Romantic movement. Shenstone, who inherited the land from his parents, bucked the trend at the time for formal gardens to create a magical and nature-led space. It's now considered one of the first naturally landscaped gardens and one of the most important landscapes of the 18th century.

Although Shenstone died in 1763 at the age of 49, his approach to natural landscapes continued to influence designers during the period of Romanticism. The romantics glorified the past and nature, a rejection of the increasingly industrial age, and founded the Gothic art and literature scene.

From hellraising to hotdesking

Another well known night-time hangout for Goths was Birmingham's Edward's No 8 club housed in listed Grade II buildings on John Bright Street. The ground floor of the three story building, dating from 1900, had retail premises that were also used as a bar over the years.

The club occupied the upper floors of 81-89 from 1979 to 2006, when fire gutted the venue. It was the city's premier rock and goth club, hosting gigs that included bands All About Eve, March Violets and Cradle of Filth. Following the fire, the club was closed and the space restored and refurbished into offices.

The band Bauhaus, formed in Northampton in 1978, are heralded as releasing the first proper Goth rock song with 1979's 'Bela Lugosi's Dead'. Lead singer Peter Murphy, born and raised in Wellingborough, is referred to as the Godfather of Goth. Possibly Murphy would have travelled from Grade II Wellingborough railway station, and could he have taken inspiration from its Venetian Gothic architecture?

The railway station, designed by noted architect Charles Henry Driver for Midlands Railway, was built in 1857 and is a rare remaining example of a station with a ridge and furrow canopy with decorative cast iron columns and spandrels - the space between the shoulders of adjoining arches.

The Grade II statue of Prince Albert astride his favourite horse Nimrod in Wolverhampton is a well-known gathering place for the city's Goth community. It was erected in 1866 during a visit by Queen Victoria, who is said to have accepted the invitation to view the unveiling because of the personal letters of condolence sent by Wolverhampton widows. She had previously declined other city invitations following Albert's demise in 1861.

It was said that Queen Victoria's deep mourning of Prince Albert, which lasted 40 years, had a profound impact upon her subjects. During her reign séances and an interest in the supernatural became popular. Gothic horror was exploited in the mid-century by the new 'penny dreadful' press. The Queen's mourning wardrobe of black silks and lace would later influence the style of modern Goths.