Historic England and the Commonwealth War Graves Commission have published an agreement which sets out how both organisations will continue to work closely to secure the future of England’s commemorative heritage.

The Commonwealth War Graves Commission (CWGC) cares for the graves of the 1.7 million men and women of the Commonwealth forces who died in the First and Second World Wars, and helps ensures they will never be forgotten. The Commission’s responsibility is to preserve these cemeteries and memorials in perpetuity.

Historic sites in England under the CWGC’s guardianship range from large memorials to the missing, such as the Tower Hill Memorial in London, to memorials and war grave cemeteries like Brookwood Military Cemetery in Surrey, and also many individual memorials in cemeteries and churchyards across the country.

The new Joint Policy Statement establishes a shared understanding of how the sites and buildings in the CWGC’s care in England are looked after now and in the future, and establishes a common appreciation of the CWGC’s on-going responsibilities.

Many of the monuments and memorials have identical features, repeated across the country. The neat rows of white headstones are a familiar and moving sight. While only a small proportion of the most architecturally and historically significant memorials in England are listed, the memorials are all acknowledged as being part of a very significant commemorative and artistic legacy; a legacy preserved in perpetuity under the terms of the CWGC’s 1917 Royal Charter.

CWGC memorials are subject to less change than most listed structures, but some changes may be needed. This statement outlines the processes which the CWGC adopts and the heritage strategy which guides this work. It will streamline the most common works to memorials, including making sure inscriptions remain legible and the names of casualties are correctly recorded, as sometimes there are errors or names which need to be added.

War memorials are intended to provide a lasting legacy so I welcome this commitment to the continuing conservation of these important reminders of England’s wartime past. This agreement paves the way for Historic England and the CWGC to work together smoothly to ensure the future of these poignant structures and preserve the memory of those they commemorate.

We are delighted to have taken this opportunity to work with Historic England to help us provide the best possible care for our iconic memorials and cemeteries around the country. This shared understanding of the significance and conservation needs of key features will ensure these remarkable structures commemorate our war dead for future generations.

The CWGC databases offer information on the cemeteries and those they honour - they are composed of documents recording the details and commemoration location of every casualty from the First and Second World Wars the Commission is responsible for. You can search for information on CWGC cemeteries and memorials at 23,000 locations, in more than 150 countries.

Find CWGC memorials near you 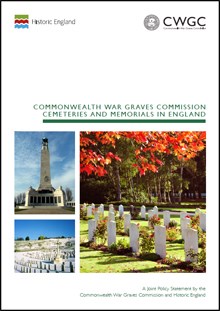 Joint Policy Statement between the CWGC and Historic England on the care of war cemeteries and CWGC buildings.

Aimed at anyone who manages or cares for a war memorial or memorial garden, this page provides practical advice to help you. 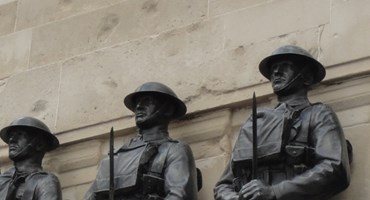 Research, record, protect and look after the war memorials you care about. 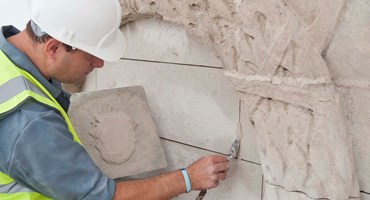 Find out about the war memorials grant scheme.