The deadline for final applications for a £8 million pilot project to restore historic agricultural buildings in National Parks is 30 March 2020.

The aim of the pilot is to bring life back to traditional agricultural buildings within the participating National Park boundaries. Funding is available for restoring buildings for continued agricultural use, using traditional methods and materials, which will improve the distinctive character of the area.

As the scheme is a pilot, it is now closed to new applicants but existing applicants can submit restoration grant applications up until March 2020.

Once restored, these buildings are enhancing the historic landscape and public enjoyment of the National Parks, as well as providing welcome habitat for wildlife, such as bats and barn owls.

[Read: Historic Farm Buildings - One of Our Most Precious National Assets]

Early economic forecasting of the impact of the pilot grant scheme found that for every £1 of public money offered by the scheme in rural areas, the benefits to the local economy in terms of creating jobs and helping local businesses ranges between £1.65 - £2.50.

Given that the pilot grant budget has been increased to £8 million, it is anticipated that the economic return will exceed early forecasts.

This pilot is a wonderful initiative to help bring historic buildings back to life for future generations. Many of the historic stone barns scattered throughout our National Parks have fallen out of use, despite being perfectly situated to provide shelter for livestock or store feed. Natural England has played an important role in helping applicants with the application process, and I look forward to seeing how this funding will be spent to revitalise these buildings.

We are delighted at the results already being demonstrated by the historic farm building restoration grant pilot scheme. They show the widespread enthusiasm to repair these buildings which are such a distinctive part of their landscapes. Historic England will continue to work in partnership with the National Parks, landowners and tenants, Natural England and the Rural Payments Agency to ensure as many historic farm buildings as possible can be brought back into use.

Applications are rigorously assessed by a grants panel chaired by the Rural Payments Agency with representatives from Historic England, Natural England and the National Parks. The budget for the scheme is £8 million and to date £5.4 million has been awarded for capital works. 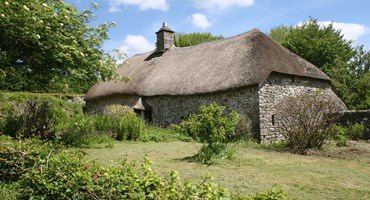 By Lord Gardiner of Kimble, Parliamentary Under Secretary of State for Rural Affairs and Biosecurity 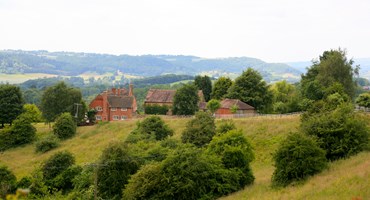 Historic England’s advice and approach for ensuring the historic character, survival and use of traditional and historic farm buildings.