A free exhibition that explored why cultural heritage is attacked during war and how we save, protect and restore what is targeted.

From the Nazi theft of art and the bombing of cathedrals in Coventry and Dresden to the destruction of objects from Mosul Museum in Iraq, war devastates lives, kills people and destroys the cultural heritage that they hoped would outlive them. Sometimes destruction is accidental, but often our cherished places, objects and stories are deliberately targeted in conflict.

What Remains, our exhibition in partnership with the Imperial War Museum London, explored why cultural heritage is attacked during war and the ways we save, protect and restore what is targeted.

Over 50 photographs, oral histories, objects and artworks were on display, from both IWM and Historic England's collections.

Our #WhatRemains exhibition, in partnership with @I_W_M London is open now, exploring why cultural heritage is attacked during war and how we save, protect and restore what is targeted.

Destroying cultural heritage often strikes at the heart of our communities. What Remains highlighted historic and contemporary moments where places, art and artefacts have been attacked by those who wish to exploit or even erase whole civilisations from history.

Spanning 100 years, the exhibition included stories such as Hitler's Baedeker Raids in 1942 where German bombers targeted historic towns and cities noted in travel guides of Britain, and the Taliban destruction of the Bamyan Buddhas in 2001.

Learn more about the Baedeker Raids 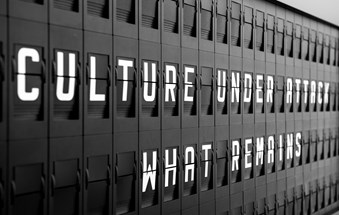 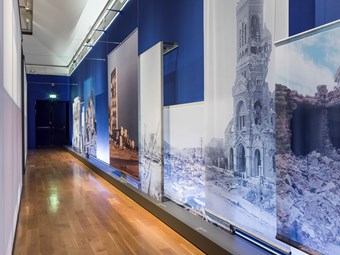 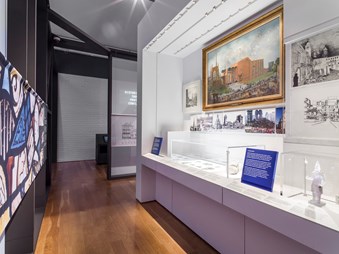 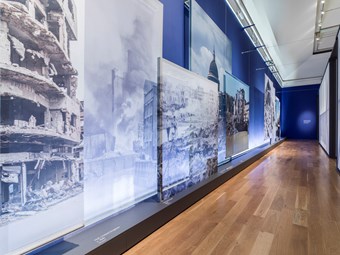 How to record loss and destruction?

Just as cultural heritage is attacked, it is also bravely protected, restored or rebuilt into new forms that let us commemorate and reflect on loss. Learn about individuals and groups who risk their lives to protect culture, such as when ISIS severely damaged the UNESCO World Heritage Site of Palmyra, Syria in 2015.

Visit our gallery of images from the Historic England Archive to learn the story of how a small body of men and women battled against the threat to England's cultural heritage during a time of war.

Sign up to our newsletter to hear about other events

Poignant, powerful and thought-provoking is how some of the #CultureUnderAttack’s first visitors have described the season. See this trio of free exhibitions featuring live music and talks for yourself. Plan your visit: https://t.co/ve7ejIG5B2 pic.twitter.com/lcFwODLmyr

An exhibition in partnership with

What Remains was part of our Loss and Destruction Season

Loss and Destruction Season
Where Light Falls
Hidden Cinema
Was this page helpful?