Aerofilms Ltd was registered on 9 May 1919. To celebrate the company's centenary, here are some of the aerial photos that tell the Aerofilms story. Follow the #Aerofilms100 celebrations on Twitter

Born in the aftermath of the First World War, Aerofilms Ltd was an unprecedented business venture. Marrying the fledgling technology of powered flight to the discipline of photography, the business took more than 760,000 oblique aerial photographs between 1919 and 2006. Flying the length and breadth of the country, Aerofilms Ltd charted the changing face of the UK.

The first ever aerial photo recorded by Aerofilms is shown below. It was taken on 26 July 1919, just two months after the company was founded.

It shows the original home of Aerofilms. Working from a suite in the London Flying Club - the country club created by Claude Grahame-White - all the photos in those early days were developed in an adjoining bathroom turned darkroom.

Aiming for the sky

The original intention for Aerofilms was to make flying sequences for the silent movie market. The company employed pioneer cinematographer Claude Friese-Greene, pictured below at the back of the aircraft. Founder and managing director Francis Lewis Wills is seated at the front of the plane with his aerial camera. The pilot in the centre is Henry ‘Jerry’ Shaw.

Claude left by 1921, by which time Aerofilms was set to concentrate on the aerial photography business.

When Aerofilms started, 'heavier-than-air' aviation was still in its infancy. The new post-war Air Navigation Regulations permitting civil flying had only been introduced days before incorporation.

The 1919 Air Navigation Act specified that an ‘aircraft should not fly over any city or town except at such an altitude as will enable them to land outside the city or town should the means of propulsion fail through mechanical breakdown or other cause.’

The crash at Southwark boating lake shown below did result in court proceedings after pilot Gordon Olley had to make a forced landing after mechanical failure. Gordon and Francis were summoned to court but the case was withdrawn.

Staying the right side of the law

At the same time as flouting the Air Regulations, Aerofilms were also flying over areas that were prohibited under the Official Secrets Act 1911 (1920). Dover Castle, shown below, was one such area.

The War Office, Admiralty, Air Ministry and Scotland Yard all began to take an interest in Aerofilms. Francis received a warning that ‘prison cells were not pleasant’.

Despite this, Aerofilms carried on and in 1920, the first full year of operation, they took 2,332 aerial photographs. By 1929 they were taking nearly 5,000 photos a year.

Bread and butter of the business

Commissioned photography like the photo of the Hoover factory below, taken the year before it opened in 1933, was the bread and butter for the company.

Orders ranged from photography of private residences, factories, farms, and pleasure parks, to photography of the building of roads and new housing. The client list included municipal authorities and publishers as well as everything else in between.

Even the Great Depression of 1929 didn’t stop orders from new and service industries flooding in. Along with a boom in orders for photography of new housing developments the company continued to go from strength-to-strength.

Whilst a lot of Aerofilms' work was commissioned, some of their photography was speculative.

Some subjects worried about what Aerofilms were doing flying overhead. Look closely at the photo below and you'll see a message has been composed on the lawn. It says: ‘Go away. Who is it? Drop note.’ In 1932 Aerofilms was even accused of photographing rooftops of country houses to aid cat burglars.

By 1939 the combined technical capabilities and long-term experience of staff in aerial survey at Aerofilms and AOC Ltd (who had purchased the majority shareholding of Aerofilms in 1925) were said to be unmatched in Britain.

During the Second World War, the staff merged with the Air Ministry’s photographic interpreters to become a fully-fledged military intelligence unit in 1940. Initially based out of the Aerofilms and AOC office in Wembley, the unit moved to RAF Medmenham at Danesfield House in 1941.

After the Second World War, the company, aspiring to ‘play its part in world reconstruction’, invited all of its former staff to return to their jobs. Whilst now under the financial control of Percy Llewellyn Hunting, with Francis Lewis Wills, ever the visionary, also driving the creation of The Photogrammetric Society, Aerofilms set to recording post-war Britain.

Here they capture crowds at the Festival of Britain on the South Bank.

Over 1.2 million glass and film negatives, albums and flight registers were acquired. With help from the Heritage Lottery Fund and the Foyle Foundation the earliest 95,000 images (1919 to 1953) have been conserved and made available online as part of the Britain from Above Project.

More about Britain from Above

Meet the founding members of Aerofilms

Aerofilms was founded in May 1919 by Francis Lewis Wills, Claude Grahame-White, and Herbert William Matthews. 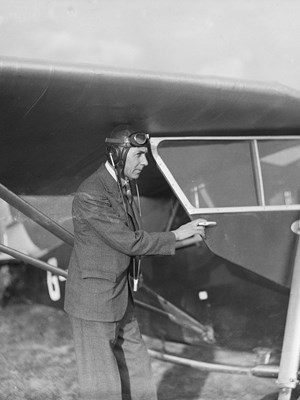 Fondly known to his staff as ‘Daddy’ Wills, Francis Lewis Wills was managing director and the driving force behind the formation of Aerofilms Ltd.

He trained as an architect, following in the footsteps of his father. At the outbreak of the First World War he joined the Royal Naval Air Service. On demobilisation in 1919, his wartime experience as an aerial photographer inspired him to set up Aerofilms Ltd rather than return to his earlier career. It's thought that he may have met Claude Grahame-White whilst stationed at Hendon during the war.

Having trained as an engineer, Claude's love of the motor car led him to establish his own car dealership. When flying caught his imagination, he expanded his business to include all things related to aviation. He established a flying school and was involved in exhibition flying for the Festival of Empire at Crystal Palace, London.

In 1911 he founded the Grahame-White Aviation Company with Herbert Matthews. He leased land at Hendon and created an airfield with hangars, workshops and offices, and later, a club house and hotel with a programme of air shows. His mission to 'Wake up Britain' to the potential of the aeroplane was not without set backs. And so it was despite financial difficulties that he found the drive and capital to become a founding member and chairman of Aerofilms Ltd.

Herbert Matthews began independent practice as an architect in Bath in 1898. His designs included many domestic buildings, shops and hotels. He also organised a hugely successful Bath pageant which led to his involvement in managing the Festival of Empire at the Crystal Palace in 1911. It may have been at the festival that he met Claude Grahame-White. They became business partners in 1911 and Herbert designed the buildings for many of Claude's ventures including the London Flying Club at Hendon. Herbert was the third founding director of Aerofilms Ltd in 1919.

Six Amazing Images Taken From Above

For the centenary of Aerofilms Ltd, Heritage Calling reveals six of the best images taken by the intrepid Aerofilms team. 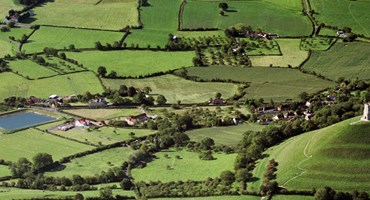 Our collection of aerial photographs contains over 4 million images, covering the whole of England. 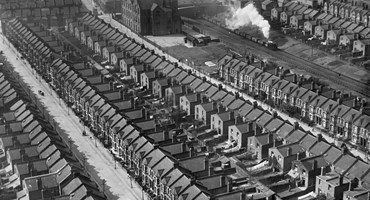 Search over 95,000 digitised photos from the Aerofilms collection. 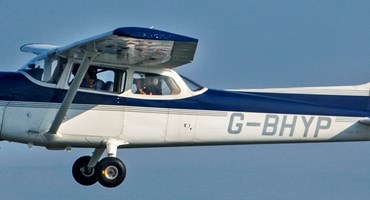 50 Years of Flying for Heritage

Learn about discoveries made in over 50 years of flying by Historic England aerial photographers and their predecessors.