England's Motoring Heritage from the Air

The arrival of aerial photography came at a particularly significant moment in terms of the visual appearance of England. This selection of photographs makes use of the Aerofilms collection, acquired by English Heritage in 2007 and subsequently digitised and made available on the Britain from Above website. When Aerofilms fliers first went up in the skies in 1919, they captured a country that, with the obvious exception of some large scale structures such as aircraft hangers and munitions factories, had more or less been preserved in aspic in 1914. What we are looking at in many of the earliest photographs in this book is essentially Edwardian England, with towns and villages generally quite compact, with fields reaching almost up to the High Streets in many cases, and little sign of the sprawl that was to engulf them in the 1920s and 30s. The streets of many towns, especially the seaside resorts that provided the aerial photographers with many of their earliest subjects, have an orderly, almost pristine appearance to them, with the Victorian and Edwardian houses undisturbed by any out of place redevelopment.

The purpose of this book is to show just how radically that position changed over the ensuing half century. We trace the outward expansion of places brought about by the availability of the car: the new suburbs and ribbon development. We see how new arterial roads came into being to meet the needs of motor transport and how the centre of cities start to be rebuilt to accommodate it. We witness the growth of sprawl around road junctions on the edge of built up areas and the arrival of new types of building there to service both cars and people: the filling station, the roadhouse. We see how the car encouraged more people to go further afield for sport and pleasure: to the seaside, the races or to new forms of attractions such as the amusement park in the country. And we see how public transport changes over the period from trams to buses with the advent of new facilities such as bus stations. The scale of traffic congestion becomes apparent by the late 1930s. In addition, the impact on the landscape of large motor factories and provision for motor sport is made clear.

England's Motoring Heritage from the Air 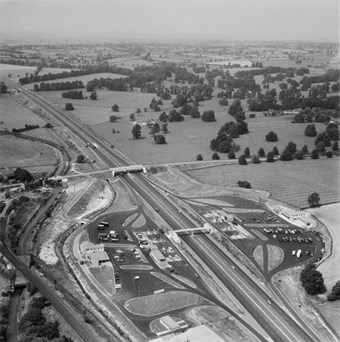 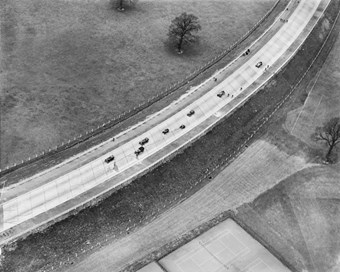 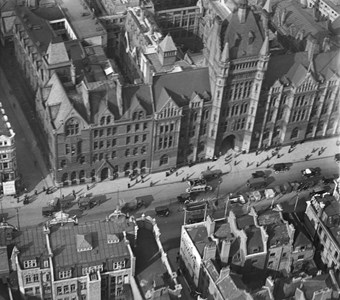 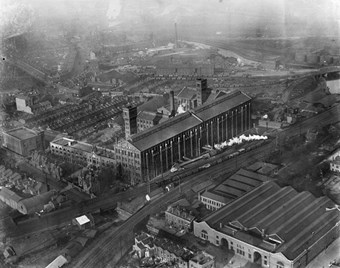 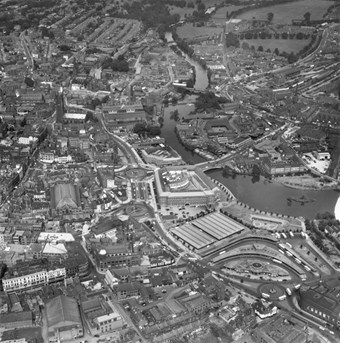 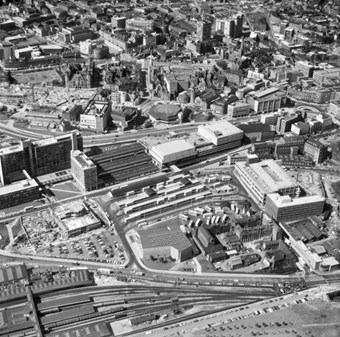 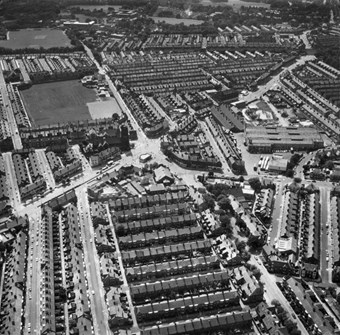 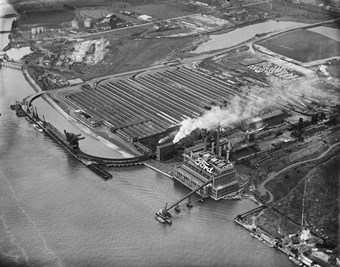 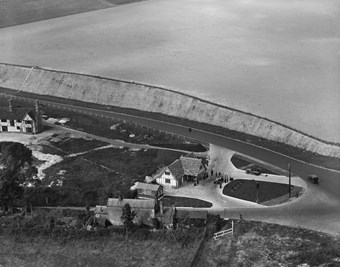 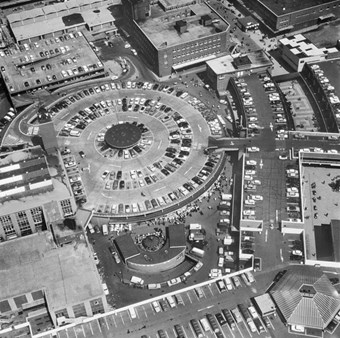