The exceptional vision and tenacity of one man has saved a unique Cold War monument on Thetford Heath, Suffolk. After 40 years of protecting this intriguing site from any unnecessary change, Keith Eldred has used a Historic England grant to carry out essential work to save the site and open it to the public.

In the 1950s the site housed Britain’s first atomic bomb, codenamed Blue Danube. The installation was top secret at the time, and went under the innocuous name of RAF Barnham Special Storage Site.

It contained massive concrete buildings to store and maintain the bombs themselves. Their plutonium cores were stored separately in much smaller buildings, nicknamed ‘hutches’ . Security was paramount, and a double circuit of high fences, with guard towers on each corner, surrounded the complex. Inside were not just the bomb storage buildings. There was a control centre, duty officer’s hut, telephone exchange, fire station, mess building, a compound for the guard dogs, and even a gym. Most of these buildings survive today.

From bomb store to mushroom farm

By 1965 nuclear weapons technology had moved on and the MoD put the site up for sale. The buyer Keith Eldred planned to become a mushroom farmer. The vast, windowless bomb stores provided perfect conditions for growing mushrooms. Later, when a virus infected the crop, Eldred adapted the buildings to light industrial use. And so the former atomic bomb store became the Gorse Industrial Estate.

Over the years, Keith Eldred’s interest in the history of the site grew. Long before officialdom took any interest, he realised he was the custodian of something very special. While he adapted the buildings that could be put to new uses, he left the others unchanged. He avoided any unnecessary demolition, as could so easily have happened in other hands.

In 2003 the site was scheduled, giving official recognition to the site’s exceptional significance. Up until then, for the best part of 40 years, the survival of this internationally important monument of the Cold War was down to the foresight and passion of Keith Eldred alone.

Nevertheless, time took its toll. The prefabricated ancillary buildings began to decay. The concrete reinforcement in the larger buildings and in the fence posts corroded. The steel legs of the observation towers rusted. While Eldred carried out what maintenance he could, it was beyond his means to repair all the structures.

Saving the site from decay

In 2009, with grant support from Historic England (then known as English Heritage), Keith Eldred began a programme of repairs to key buildings and structures. To date, the repairs and restoration work have saved:

This means that Historic England will be able to remove the site from the Heritage at Risk register this year.

Although the Atomic Bomb Store forms part of a working industrial estate, Eldred has turned a former storage building into an Education Room. Here you can start a tour of the site by watching two fascinating introductory films, researched and developed with the help of the University of East Anglia and Historic England. 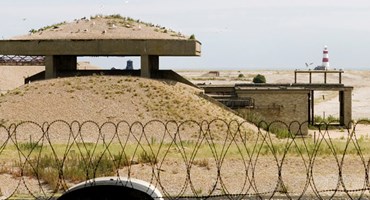 This section provides an introduction to the heritage of the Cold War.

You can visit any of the hundreds of historic properties we have grant-aided in England. 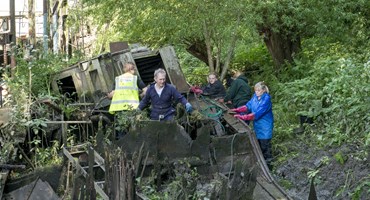 Explore the many ways you can help to support the incredibly rich and varied heritage.

Find out which of England's historic sites are currently at risk. 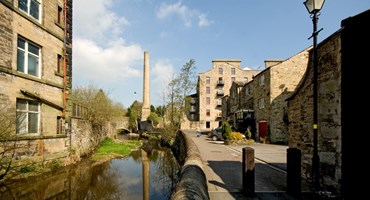 Our grants are an essential part of our work to protect the nation's heritage.