When the Penny Dropped

Legacy West Midlands was founded in April 2010 by a group of people who saw a huge heritage opportunity in the region’s diverse population. This heritage needed to be recorded and made more widely accessible. It had to be celebrated, shared, and learnt from.

Funded by the Heritage Lottery Fund (HLF), our first project was ‘Bangla Food Journeys’, hooking into Bangladeshi heritage through food. It is often thought that Bangladeshis were the last South Asian Community to arrive in the UK. Through research, we learned that Bangladeshis have been in the UK for the last four centuries, albeit in relatively small numbers. This is because the East India Company was established in Kolkata in the 17th century and Bangladeshi, Yemeni and Somalian men (known as ‘Laskars’) were recruited to service the trading ships leading to small settlements of these communities in Britain’s port cities. Bangladeshis were also brought to Britain as servants, cooks and ayas (nurses).

During the post-War period, Britain invited its Commonwealth citizens to help re-build the ‘mother land’ as it was then known. Those responding settled mainly in cities such as Birmingham where manufacturing jobs were on offer.

Our second project was the Lozells and Handsworth Heritage Trail, again HLF-funded. I was inspired by my visit to the beautiful, Pugin-designed St Mary’s Convent in Lozells, and thought: ‘We have this on our door step; people need to know about it.’ Pugin was the son of a French immigrant who revived Gothic architecture. Later, he designed the Palace of Westminster; Britain’s most iconic building, designed by a ‘migrant’!

I also visited Soho House, Matthew Boulton’s former home, where the Lunar men, including James Watt and William Murdoch, met and launched the Industrial Revolution. At its visitor centre, they had several coins from across the World that Matthew Boulton had pressed, including one from East India Company. He was pressing coins throughout the Empire before he did so for Britain.

And then the penny dropped….we are here by design, not accident.

Legacy WM’s growth produced the need for a new home. We learned that the Birmingham Museum Trust (BMT) was looking for community partners and that it had some office space at Soho House. We moved there in February this year and have worked with BMT to encourage more visitors, exploring how Soho House can develop into a ‘community hub’. For many, even those living close by, attending one of our events was their first visit to Soho House.

Through our journey, we have found that we are not the only ones embracing the area’s heritage. For example, James Watt’s gate house has been lovingly restored by Anthony Smiley who is of African-Caribbean descent. The Grade II listed ‘Old Bank’ on Villa Road has become a mosque. The former Staffordshire and Warwickshire border Toll House is owned by the Birmingham Asian Resource Centre. Post-war migrants and their descendants have conserved and enhanced the area’s existing heritage as well as enriching it by blending in their distinct offers of food, arts and culture. Is it a wonder, therefore, that we are working to rebrand the area as a visitor destination?

Historic England has worked with Legacy West Midlands, in supporting the Old Wives’ Tales Exhibition and book and with a workshop with them on Enriching the List, focussing on Handsworth. The Heritage Trail and other activities are helping locals and visitors to understand the contribution to the heritage of the area made by the diverse communities who have lived in Handsworth. Legacy West Midlands is intending to appoint a Heritage Officer and we are currently considering grant aid for this post.

Please send your responses to Rosie Sherrington, Senior Policy Adviser - Diversity and Inclusion and share this article on social media via the tab on the left. 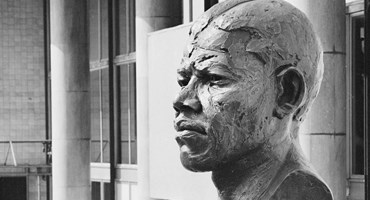 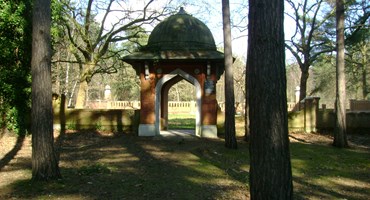 You can explore how important aspects of our past, such as attitudes towards disability, are reflected in the buildings of our towns and cities.