Do Our Public Parks Have a Sustainable Future?

In this article I want to question whether or not you can re-imagine the future of public parks in the UK or, for that matter, in any global city.

In 2016 the Government felt compelled to call a Public Inquiry into the Future of Public Parks. It questioned if their very existence was under threat - something unimaginable when they were enacted through the 1848 Public Health Act. The Inquiry was overwhelmed by the response but, more importantly, surprised by the level of complexity attached to public parks that they uncovered and the lack of any obvious or simple sustainable solution to their future.

Leading research as part of the Liveable Cities research programme helped articulate this complexity and set out a new vision for public parks. The research was led by University of Birmingham (Engineering and Physical Sciences Research Council funded 2012-17) and published in early 2018.

The research took a systems approach from the very start. In doing so it was able to make visible both the wider benefits parks, urban green space and nature contribute to cities; and who the hidden beneficiaries are, over and above the daily dog walker. It's perhaps the first time the latter have been revealed.

Liveable Cities was led by the university’s engineering faculty. The research team used a causal loop map to locate the hidden beneficiaries of a city’s ‘natural’ environment. What emerged were six ‘communities of practice’ depicted in a star framework which matched them to the 5 Capitals Model of sustainable development and the city’s strategic priorities for Birmingham. Clearly this approach would be universally applicable.

This new model is supported by four steps:

The aim for Birmingham would be to bring all these agendas together into one new policy for the city’s natural environment that has the working title of 'Naturally Birmingham'. This policy would outline all the background and journey to date, describe the story, explain the measures, provide the global context and frame the opportunity.

The diagram below shows how through this approach there can be a complete and comprehensive match with the Council Plan 2018 and the Council’s vision and strategic priorities.

That for every sector on the diagram there would be a co-created short, medium and long-term delivery plan and city ambition; looking as far ahead as 25 years - so serve as the framework for the 25 year Environment Plan.

A detailed annexe of the policy would also contain a ten-year business case and future operating model for the Parks Service. This would also serve as a national exemplar for the Parks Advisory Group, the Core Cities Group and other relevant national bodies, such as the Association for Public Service Excellence and the Local Government Association.

This comprehensive approach represents the innovative way to build a positive future for parks, not only in Birmingham, but more broadly. This has to entail both a spatial and systems approach. The organisational capacity has also to be restored if we are to get anywhere near restoring the spatial losses to our natural environment, its accessibility and its ecological integrity and quality.

Birmingham is also currently the only UK city to have been invited to join the global green city group, the Biophilic Cities Network. This puts us amongst interesting company, including Singapore, San Francisco, Vittoria-Gastiez. Biophilic simply translates as a love of nature. For cities to be based on this premise feels like a look to the future. As Birmingham’s city motto is ‘Forward’, it would seem to be a good fit.

Join the debate on Twitter: #parksmatter or send your responses to Sarah Tunnicliffe and share this article on social media via the tab on the left. 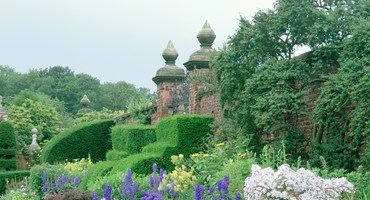 Looking After Parks, Gardens and Landscapes

How to look after historic parks, gardens and landscapes