Airborne lidar (light detection and ranging) measures the height of the ground surface and other features in large areas of landscape with a very high resolution and accuracy. Such information was previously unavailable, except through labour-intensive field survey or photogrammetry.

It provides highly detailed and accurate models of the land surface at metre and sub-metre resolution. This provides archaeologists with the capability to recognise and record otherwise hard to detect features.

The possibilities of lidar for archaeological recording in the UK were first recognised at a NATO sponsored workshop held in Leszno, Poland in November 2000. This had been organised to discuss future practices in aerial archaeology, and how they might be applied across Europe.

An example was shown, where a survey covering the River Wharfe in Yorkshire revealed evidence for the earthwork survival of a Roman fort previously thought to have been completely levelled by ploughing.

Historic England recognised the potential for lidar to record very slight earthwork remains and contracted the Environment Agency Geomatics Group to fly a survey of the Stonehenge World Heritage Site.

Since then we have worked with a number of lidar providers looking at different areas of the country with varying levels of monument survival.

Since 2015, as part of a move towards open data access, the Environment Agency have made all the lidar data they have flown freely available through the government data portal. This is a fantastic resource, but needs to be used carefully. Below is a set of simple instructions on how to access the data from the web site and then manipulate them so as to produce a readily usable product.

Please be aware that the link to access the lidar data has been changed. The PDF below will be updated as soon as possible to reflect the changes to the site.

Please use the link in the PDF to comment, or email [email protected] at the contact address below.

Historic England was also closely involved in working with the former Unit for Landscape Modelling (ULM) at Cambridge and the Forestry Commission looking at the potential for lidar to penetrate wooded terrain.

Because lidar uses light beams it has the potential to penetrate gaps in the woodland canopy and so record the ground surface under the trees. This can reveal features that would not otherwise be seen.

Airborne lidar was conceived in the 1960s (for submarine detection), and early models were used successfully in the early 1970s in the US, Canada and Australia. In the United Kingdom the Environment Agency Geomatics Group has used lidar for over a decade for the production of cost-effective terrain maps suitable for assessing flood risk.

They therefore have data available for large areas of the country. In more recent years many other bodies have acquired the capability to carry out lidar surveys. This has been particularly true for utilities companies, highway agencies and other developers.

Airborne lidar operates by using a pulsed laser beam fired from a plane. The beam is most commonly scanned from side to side as the aircraft flies over the survey area. It measures between 20,000 to 100,000 points per second to build an accurate, high resolution model of the ground and the features upon it.

The speed of capture has been consistently growing over the last decade and will no doubt increase further. For further details of the technology see the Environment Agency Geomatics Group. 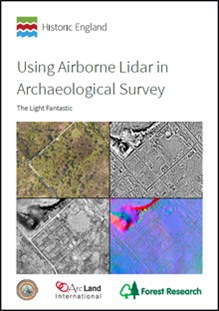 The aim of this guidance is to help archaeologists, researchers and those who manage the historic environment to decide whether using lidar data will actually be beneficial in terms of their research aims, and how the data can be used effectively.

The images used on this page are copyright Historic England unless specified otherwise. For further details of any photographs or other images and for copies of these, or the plans and reports related to the project please contact the Historic England public archive.

For further information on a project or any other aspect of the work of the Remote Sensing team please contact us at the address below. 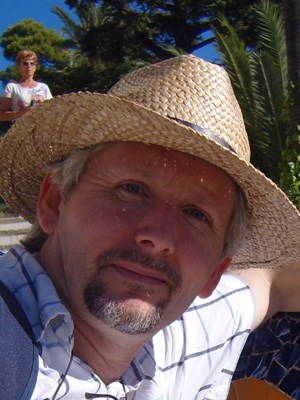 Simon is a landscape archaeologist and air photo interpreter at Historic England, with over 25 years’ experience of mapping and interpreting features of archaeological and historical interest visible on aerial photographs and other aerial imagery. He has worked in many areas of England including the World Heritage Sites of Avebury and Stonehenge. He has a special interest in “new” technology such as lidar and satellite imagery and its application to archaeological research and investigation.

The NAIS Upland Pilot is studying the area around Arnside, Kendal and Kirkby Lonsdale. It combines different archaeological investigation techniques