Airpower brought an important new dimension to naval power; in particular it permitted naval forces to extend their observation beyond the horizon. The Royal Navy recognised the significance of this new technology and established the Royal Naval Air Service (RNAS). By 1918 it operated from 89 sites for airships, balloons and aircraft.

The sea channels were protected by aircraft, such as, the F2A Flying Boats that operated out of Felixstowe and Yarmouth on anti-U-Boat patrols. They frequently engaged German seaplanes in an attempt to maintain control of the air in the North Sea. The most important surviving group of seaplane hangars, at Calshot, Hampshire, range from a small wooden flying-boat hangar built in early 1914 to an immense steel-framed hangar, now in use as a sports centre. Two hangars with an associated slipway survive at Mount Batten in Plymouth.

The patrol durations of these early aircraft was relatively short and for longer flights airships were preferred. By the end of the war there were seven airship stations in England and 10 sites where airships were moored.  Often these were places that offered shelter, such as disused quarries or woodland clearings.

During the war, 61 airship sheds were constructed to a variety of designs in steel and wood. Using aerial photographs, The remains of the RNAS stations at Kingsnorth and Grain, Medway, Kent have been recorded by a recent English Heritage project on the Hoo Peninsula. Read the report here.

The airships based here provided aerial observation of German submarines threatening shipping and convoys in the Thames Estuary, North Sea, and the Channel.

A section of one of the airship hangars survives today as an agricultural building at Moat Farm at St Mary Hoo, and is listed. 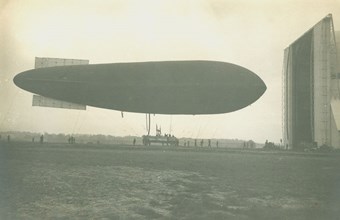 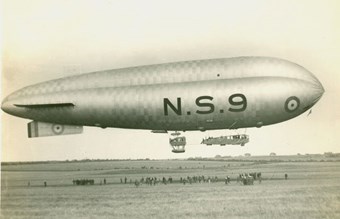 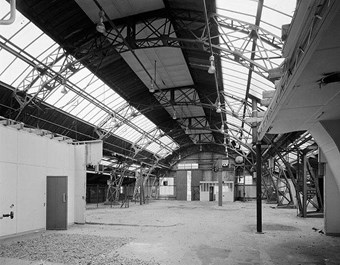 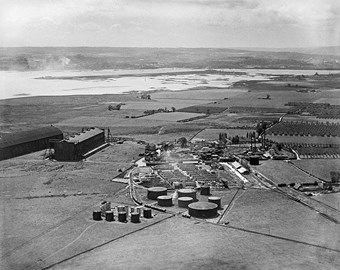 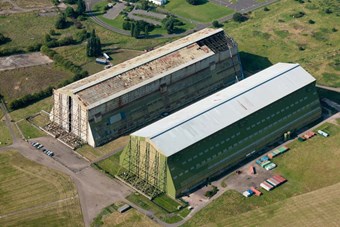 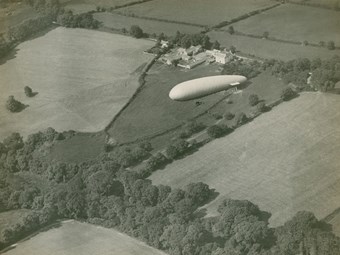 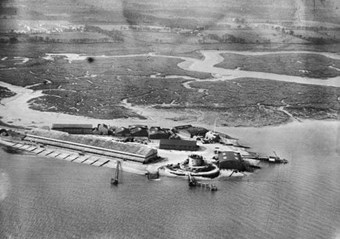 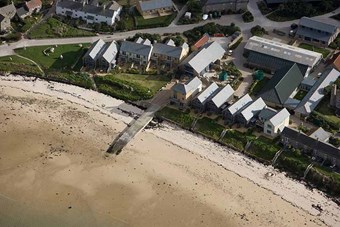 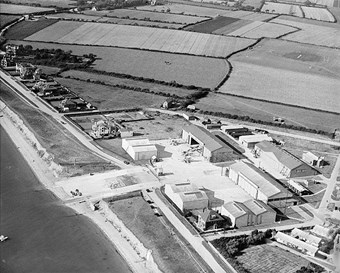