During our work on military bases we regularly discover examples of military wall art. This section illustrates some of these murals and graffiti we have found and offers advice on their recording and conservation.

Examples of folk art and casual doodlings by soldiers can be traced back many centuries, ranging from crude representations of ships scratched on walls, to exquisite pieces of scrimshaw fashioned by Napoleonic prisoners of war. More familiar are the cartoons applied to aircraft and flying jackets, especially by American air force personnel during the Second World War.

Artwork ranging from unit insignia to risqué pin-ups was also commonplace in many airfield messes and crew rooms and examples have been recorded on numerous Second World War and Cold War era bases. This military wall art offers a unique insight into the cultures of different armed forces and the use of space on military bases.

In semi-public areas for example where authorised visitors have access, paintings are usually restricted to official unit insignia or heroically realistic representations of men and machines reflecting pride in their unit. In technical areas some images are training aids. Privileged behind the scenes access prior to the closure of RAF Coltishall, Norfolk, revealed many murals scattered around the airfield.

War art on the Home Front

Examples of military wall art also occur in civilian contexts. Sketches and more elaborate murals can be found in air-raid shelters. At Corsham, Wiltshire, the artist Olga Lehmann (1912-2001) was commissioned to paint murals to brighten the walls of the factory’s canteens.

Graffiti and more elaborate paintings can be found in derelict or soon to be demolished structures. It’s important that this social history of military life is recorded before it is lost and in some circumstances conserved.

We have published a guide to war art

Here you can see some of the war art images images captured during our previous research. Please click on the gallery images to enlarge. 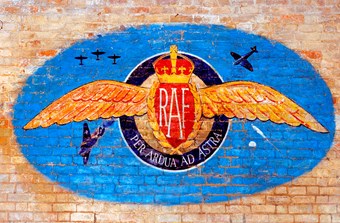 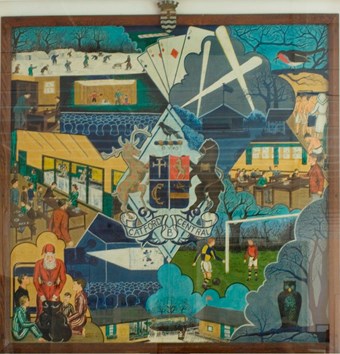 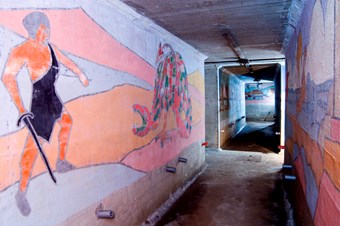 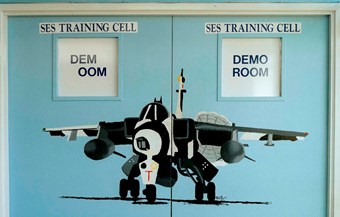 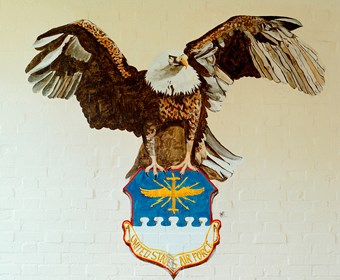 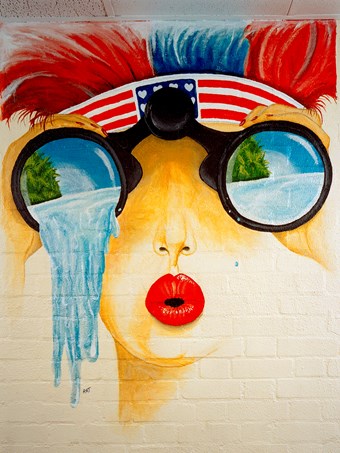 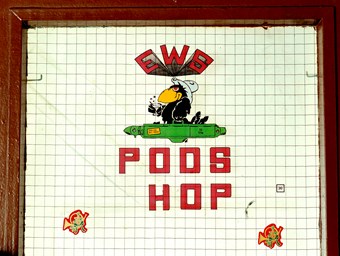 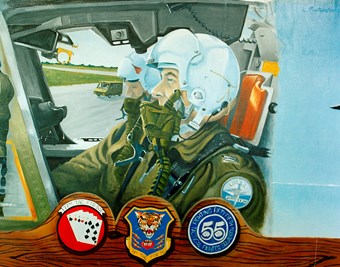 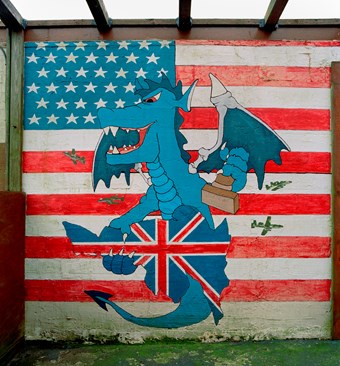 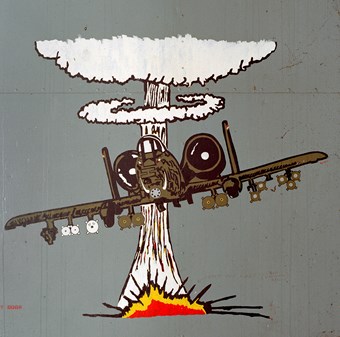 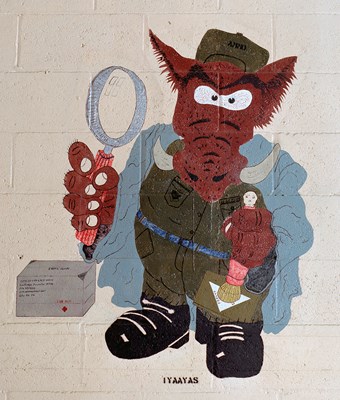 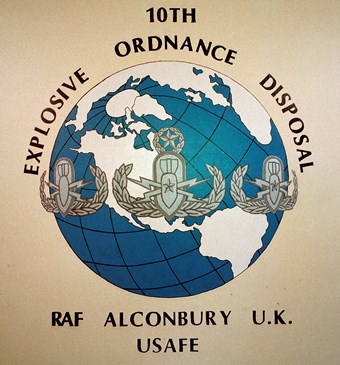