Historic England has been recording the plaques erected in London that are memorials to the aerial bombardment of the First World War and its victims.

One of the greatest changes brought by the war was the use of airpower. German airships, infamously the Zeppelins, could threaten most of England and, later in the war, the Germans employed large bomber aircraft, Gothas and Giants. The first Zeppelin raid occurred on 19 January 1915, when bombs were dropped on Sheringham, Yarmouth, King’s Lynn and other east coast towns.

During the war there were 52 Zeppelin raids on England that killed 556 people and injured 1,357. Throughout 1915 and 1916, Zeppelin raids became a regular feature of life. On 8 September 1915 a single airship inflicted serious damage on the very centre of the City of London, including Lincoln’s Inn.

The airships were vulnerable to the vagaries of the wind and British fighter aircraft. To counter these the Germans developed powerful twin-engined Gotha bombers and later four-engined ‘Giants’ with a wingspan of 42 metres. On 25 May 1917, the Germans carried out a massed air raid on targets in south-east England deploying 23 Gotha heavy bomber aircraft. - 95 people were killed and 192 wounded, including soldiers and civilians.

London was a primary target, the River Thames acting as a convenient navigation aid from the air. Lincoln’s Inn Chapel still bears the shrapnel marks from a Zeppelin raid, while Cleopatra’s Needle on the Embankment has those from a Gotha bomber raid, and many memorial plaques in the city bear witness to both victims and bombardments.

The first of the London daylight air raids was on 13 June 1917 with 20 Gothas. Over 100 bombs were dropped and 162 civilians were killed, including 18 infants at Upper North Street school in Poplar.

On 31 October 1917, 22 Gothas carried out their incendiary bombing raid over London using a total of 83 bombs. Although many of the incendiaries failed to activate, ten civilians were killed. 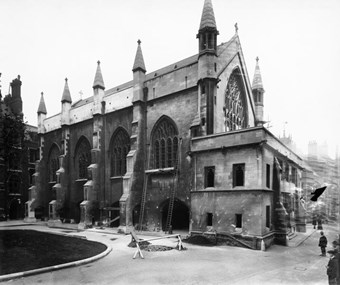 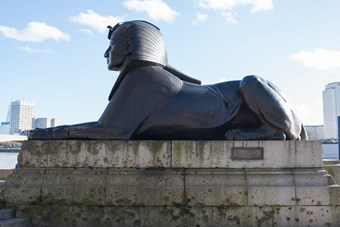 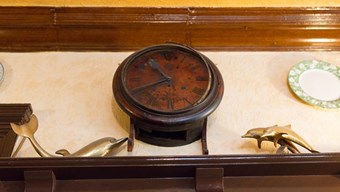 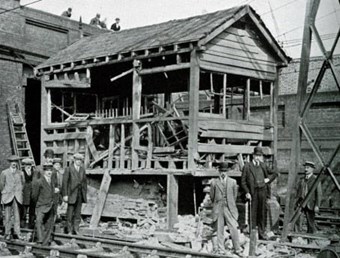 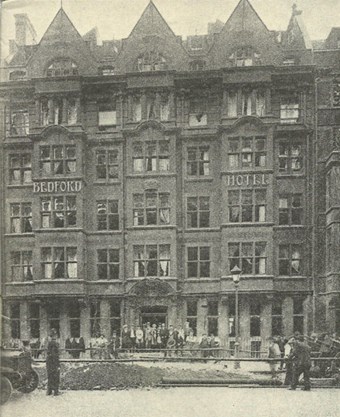 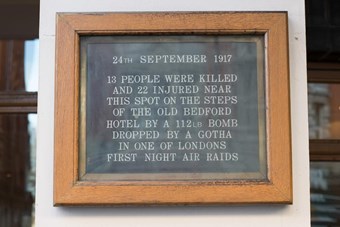 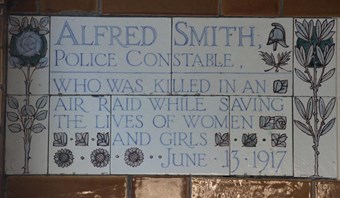 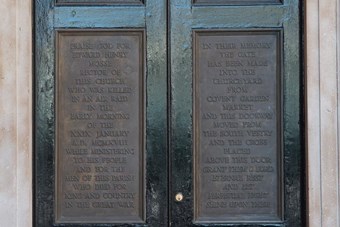 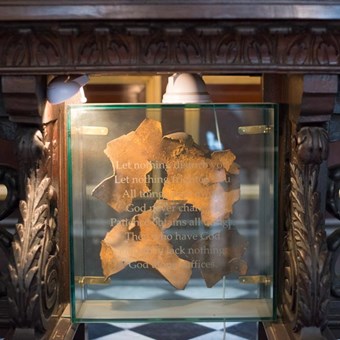 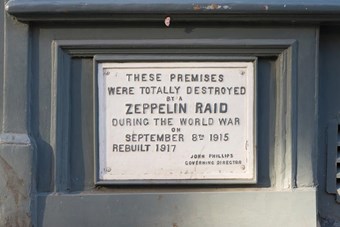 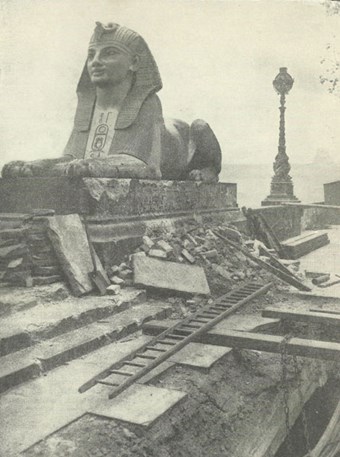