Skip to main content
Share this page
Share
Arborfield, Berkshire, a brick stable block from the army’s remount depot. During the war tens of thousands of horses were purchased by the War Office. © W D Cocroft

Historic England worked with partners, especially at local level, to document, the role of the countryside during the war.

Patriotism, the lure of adventure, better wages and the lack of governmental restrictions all meant that many skilled farm workers left the land to join up in the first months of the war. Soon it became clear there was a manpower shortage, and equally that the country needed to grow more food rather than rely - as it had for years - on imports, especially from America and Canada. Timber, too, was in short supply. After the Germans introduced unrestricted submarine warfare in 1917 - attacking merchantmen at will - the country faced starvation, and losing the war. Drastic measures were necessary

Few traces of the response to this crisis remain visible today. Photographs are one way we can see what happened as land was ploughed up, tractors became commonplace, and women joined the agricultural labour force via the Women's Land Army. Parks, too, were ploughed up or became army camps.

Furlough arrangements were made in the war. In 1916, ploughmen were released from the forces to help with the spring cultivation, farmers were allowed to hire horses from military camps, and more men were sent to help with the harvest. 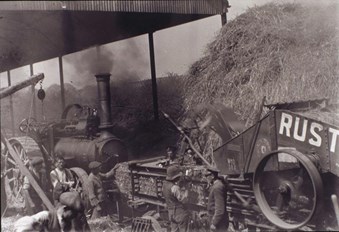 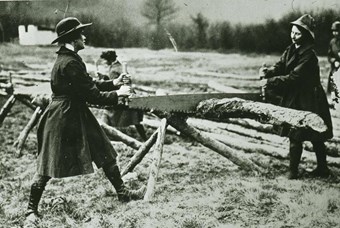 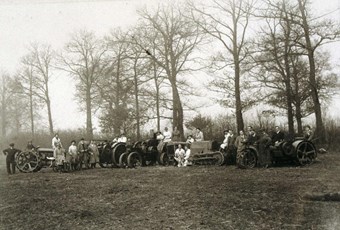