Skip to main content
Share this page
Share
HMS President, London, originally built in 1918 as HMS Saxifrage, as part of the centennial commemorations the ship has been painted in a scheme inspired by wartime dazzle camouflage © Gerry Young

More than 200 ships – from fishing vessels and colliers, to tramp steamers and sailing vessels – were used to counter the German U-Boat threat in various ways. Among them were the ‘Q-Ships’– officially known as Secret Service Ships – which had secret armaments hidden behind what appeared to be deck cargo or superstructure and holds filled with cork or timber for extra buoyancy.

Their crews played the part of normal merchant sailors, but were in fact naval personnel. These ships were decoys to lure German U-Boats into a surface attack, at which point the Q-ships would drop their disguise and unleash their hidden weaponry.

On 10 November 1914 the Admiralty gave an order for certain ships to be painted with ‘razzle-dazzle’ camouflage. It was designed to break up vessels’ contours, rendering them visually confusing to U-Boats. They were known at the time as ‘Cubist’ ships and well-known avant-garde artists supervised the painting schemes.

Newly published Historic England research has revealed that concrete ships were Britain’s novel response to the need to provide additional cargo capacity as mainstream cargo vessels were diverted to replace those sunk.

Concrete ships were used principally around the coast. All their names were prefixed by Crete- in a nod to their building material; such as the Cretecable. The remains of Creterock are still visible on Whitby Beach and Cretehawser still lies half-submerged in the River Wear in Sunderland, Tyne & Wear. 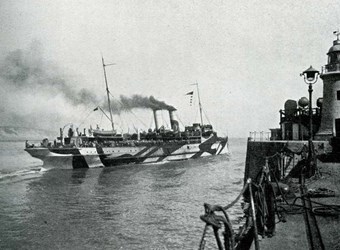 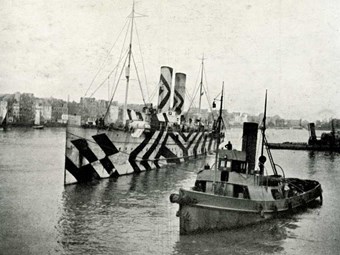 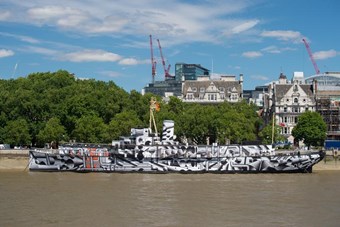