Mental illness in the 16th and 17th centuries

This section looks at how the appointment of the Bethlem's first medical 'keeper' in 1619 reflected society's growing view that mental illness was a medical matter rather than a supernatural event, despite the continued popularity of traditional treatments.

When Henry VIII dissolved the religious orders, he seized the Bethlem Hospital in London, England's only asylum for the mentally ill. However, shortly before he died in 1547 he transferred its control to the Corporation of London. It then became a civic rather than a religious institution.

But the City aldermen struggled to keep it running and in 1574, they handed its management to the Bridewell, a hospital for the 'idle poor'. The Bethlem at this time could only hold a maximum of 40 people and was often only half full.

The new governors had a strict admission policy, taking in only those who were 'raving and furious and capable of cure, or if not yet are likely to do mischief to themselves or others'.

In 1619, Helkiah Crooke became the Bethlem's first medically qualified 'keeper'. He was a controversial character who had accused the previous keeper of irregularities and who was constantly at odds with the Royal College of Physicians.

Unfortunately, his medical qualification was all that distinguished him from previous keepers. In 1632, a Royal Commission found that he had been falsifying accounts and stealing donations while depriving his patients of food and basic comforts.

Crook was dismissed in 1633, but his influence was long-lasting. His appointment reflected changing attitudes to treating the mentally ill. It was no longer felt to be a matter for lay people using traditional methods - from now on, the hospital would always be run by a medical officer with a team of medical staff.

Treatment in the community

It was only the handful of people living in the Bethlem who received any sort of institutional care in the 16th and early 17th centuries. In a population of five million, this meant that large numbers of mentally ill people lived in their communities, usually cared for by their family. Some were on the streets - mentally ill beggars were nicknamed 'Tom o'Bedlams'.

In the eyes of the law, mentally ill people lacked the capacity to reason, so a Court of Wards would hand the responsibility for their affairs to someone else. King James I (1603-1625) instructed the court that 'lunatics be freely committed to their best and nearest friends, that can receive no benefit by their death.' The care of the mentally ill was essentially a domestic matter and on the whole, it seems that people were not exploited by the system.

Mental illness could be seen as both a natural and a supernatural event - a sickness or something caused by devils or astronomical events. People had no difficulty accepting both these explanations at the same time.

Most could not afford to pay a physician or surgeon, but Tudor England had a vibrant medical marketplace from which illness, including mental illness, could be treated. There was an array of other practitioners - bone setters, 'wise women', 'cunning men', herbalists, astrologers - who offered treatments.

Richard Napier was a clergyman, medical practitioner and astrologer who treated thousands of patients worried about their mental health between 1597 and 1634. Servants, beggars, butchers, university dons, lawyers and nobility flocked to his practice in the hamlet of Great Linford in Buckinghamshire.

Their symptoms included suicidal thoughts and self-harm, refusal to pray, inability to feel pious, sexual urges, visions, weeping, 'too much talk' and 'hatred of spouse'. Using religious, psychological, astrological and traditional healing remedies, Napier treated them all using a wide range of treatments..

Responses to mental illness at this time included everything from listening and humane intervention to incarceration in a building or ill treatment.

Mental illness in the 16th and 17th centuries 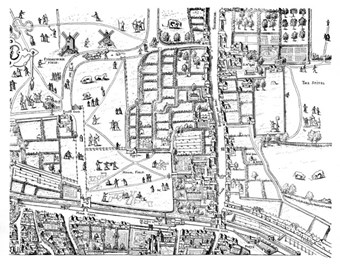 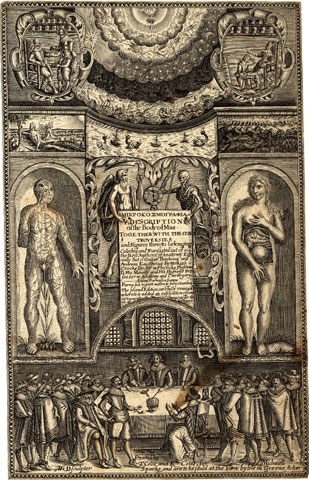 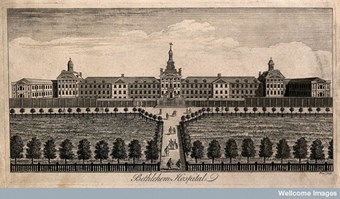 The history of people with disabilities since 1050
Disability History
Share this page
Share
Was this page helpful?