This section describes the rigorous organisation and control of daily life at the asylum and how its inmates lived and worked, exercised and celebrated, reflecting the life that continued outside the asylum walls.

Audio version: 🔊 Listen to this page and others in 'Disability in the 19th century' as an MP3

One day in 1854 most of the 298 'lunatic and idiot' patients of the Norfolk County Asylum assembled in the grounds. It was time for drill. Responding to barked commands from nursing staff, they marched around the 30 acres surrounding the asylum.

"Great control is gained over the patients" commented a Lunacy Commission Inspector, "and the task of taking a vast number …for air and exercise becomes comparatively easy."

The asylum day was long, rigorously organised and highly controlled. At the Liverpool Lunatic Asylum, Merseyside, the bedroom doors of patients were unlocked at 6.00am. Patients were washed, their hair brushed and the state of their skin examined. At 9.00am, following breakfast, they were taken to the 'airing courts' and gardens while the wards were cleaned.

Bedtime was at 8.00pm, and patients slept in long rows of beds that were two feet and six inches apart.

At the Buckinghamshire County Asylum near Aylesbury, the focus was on work, preferably out of doors. For the men it was gardening and husbandry, for the women 'occupations suited to their ability' such as light hoeing and sorting potatoes.

At the first Middlesex Asylum in Hanwell (also known as the Hanwell Insane Asylum), London, patients were encouraged to aid their recovery by keeping small allotments. On the nearby canal, produce from the asylum gardens was loaded onto barges at the 'asylum dock' and shipped to the London markets to generate income.

An asylum diet was better than in many working households, with fish or meat and vegetables for lunch and bread and cheese supplemented by beer, cocoa and tea.

The opening of Colney Hatch

In 1851, the year of the Great Exhibition, Prince Albert (1819-1861) opened the second Middlesex County Pauper Lunatic Asylum in Colney Hatch, north of London.

With its Italian style, six miles of corridors and capacity for 1,000 people, it was a model of modern asylum design. It had its own gasworks, brewery, farm and even an aviary breeding canaries. Its catchment area was north and east London.

Within 15 years, 2,000 people were living there, including many from the large, impoverished Jewish community in London's East End. A kosher kitchen was installed and a Jewish cook employed. An interpreting attendant was recruited for the many Yiddish speakers.

Craft workshops were managed by local artisans. As well as this, patients' boots and clothing and staff uniforms were made on site in tailoring workshops. There were also bookbinding, carpentry and mat making activities. As many as 150 women were worked in the laundry.

We also know that patients kept canaries as pets, and cats roamed the estate hunting vermin.

Within 50 years, Colney Hatch had effectively become a small, overcrowded, enclosed town with all the bustle and drama of the multicultural London streets that its patients had once left behind.

The rhythm of life

Life had its own daily and seasonal rhythms. At the Buckinghamshire County Asylum the chaplain would perform the Church of England service every Sunday, Christmas Day and Easter. There were Christmas parties and patient dances. Institutions even marked their own histories - the Sussex asylum celebrated its fourth anniversary with a grand ball in 1863.

At the Western Counties Idiot Asylum at Starcross, near Exeter in Devon the day began with the inmates performing a 'Trooping the Colour' spectacle. After a day of celebration as night drew in, the buildings of the asylum were illuminated and a flag drill was performed, accompanied by the fifes and drums of the asylum Boys Band.

The First World War was just three years away.

Watch the BSL video on daily life in the asylum 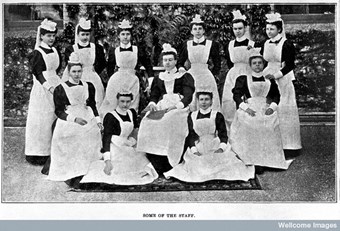 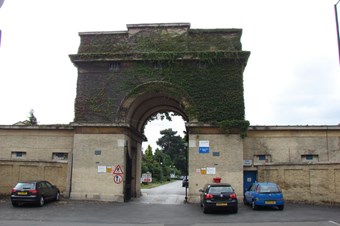 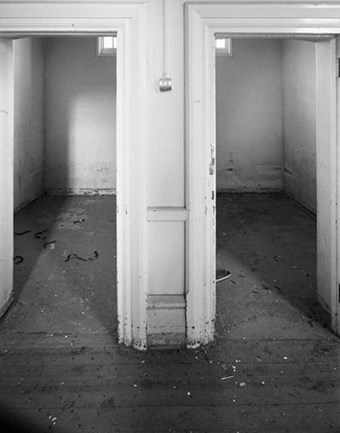 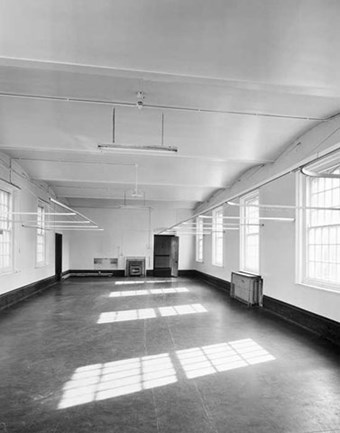 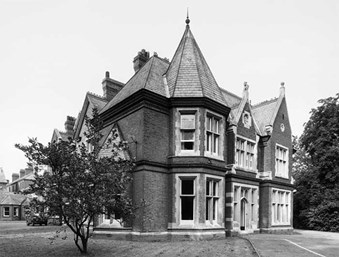 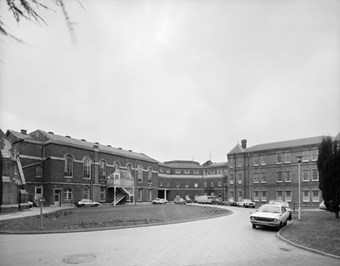 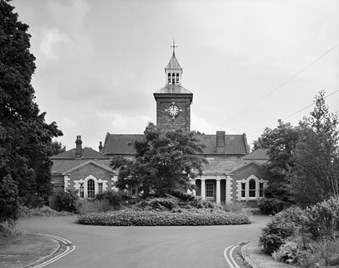 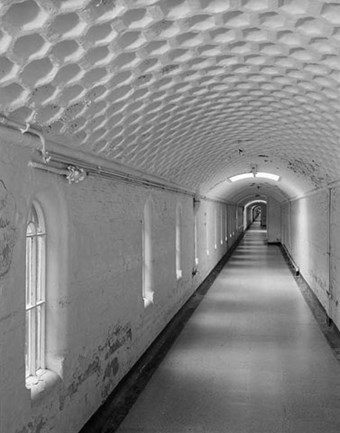 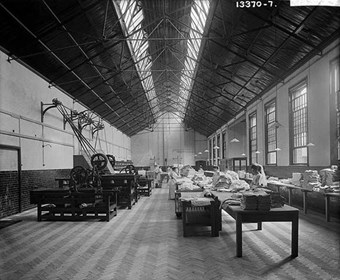 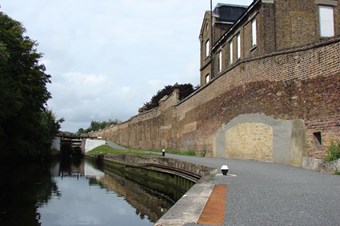 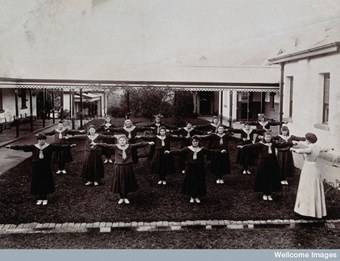