The Changing Face of the Workhouse: 'Asylums in everything but…'

This section describes the workhouses built after the 1834 Poor Law Amendment Act, designed to punish the 'work-shy' with their harsh regime, but which increasingly housed the mentally ill and the disabled.

Audio version: 🔊 Listen to this page and others in 'Disability in the 19th century' as an MP3

The workhouse at the dawn of the 19th century was a very different place to the later institution that would come to occupy such a strong place in popular memory. Although shunned and dreaded by many, it was a gateway to various means of support for the disabled and destitute.

The early workhouse was seen as an all-purpose parish institution. It combined an emergency ward, orphanage, geriatric ward and home of last resort. Used for parish business and meetings, it also housed the parish fire engine and morgue. Most had a 'shell' (a form of stretcher) to collect accident victims and dispensaries to treat disabled and sick residents.

Living arrangements were very simple but relatively informal, with disabled and non-disabled people living together. The workhouse could be built on a domestic scale, like the parish workhouse in Aldenham, Hertfordshire, or with considerable style like Gressenhall in Norfolk and the Harrogate workhouse - the so-called 'pauper palaces'.

The nature of the workhouse changed suddenly and rapidly with the introduction of the Poor Law Amendment Act in 1834. From now on, the 'idle' able-bodied would be made to work in the workhouse.

The new system would be deliberately harsh with minimum comfort. For example, chairs were to be made without backs to make sitting uncomfortable. People were given a basic diet and men and women were strictly separated. As well as this, husbands and wives would live apart, as would parents and children.

The idea was to punish the 'work-shy' so that only the truly destitute or incapable would ask for help.

The architects George Gilbert Scott (1811-1878) and William Moffatt (1812-1887) criss-crossed the country on horseback in the 1840s, picking up workhouse commissions. Their designs, based on standard model plans, excluded any extravagance when compared to their other designs for hospitals and offices..

The workhouses were sited on the edges of towns to avoid offending the citizens and built to a standard below the average labourer's cottage, so as not to be too attractive to the poor.

In the five years after the Act, some 350 new workhouses were built at a distance of roughly 20 miles from each other, with a further 200 constructed before the end of the century.

The able-bodied poor avoided the new workhouses, so many were soon housing the old, the sick, the mentally ill and those with physical or learning disabilities who could not work.

By 1837 more than 8,000 'idiots and lunatics' were under the care of parishes. Workhouse staff struggled to care for them. In 1854 the master of the Southwell workhouse, Nottinghamshire, complained about a suicidal lunatic resident. The only way they could control the 'poor creature' he claimed, was to beat him around the toes and head with a stick.

The meagre workhouse diet consisted of gruel, bread and cheese, with soup or meat and potatoes once a week. Water was the only drink (tea was a privilege for the elderly) and work was punishing; women made sacks or worked in the kitchen and laundry while men chopped wood or ground corn.

In 1856 the Lunacy Commission commented that the huge insane wards in some workhouses were asylums "in everything but the attendance and appliances which insure (sic) … proper treatment". But asylums were intended only for those who could be cured or who were disruptive. This excluded 'harmless and incurable idiots', 10,000 of whom remained in the workhouses.

Later on the workhouses were renamed 'public assistance institutions', and dwindled, but the last few lingered until 1948.

Watch the BSL video on the changing face of the workhouse

The Changing Face of the Workhouse 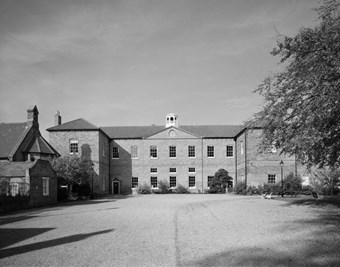 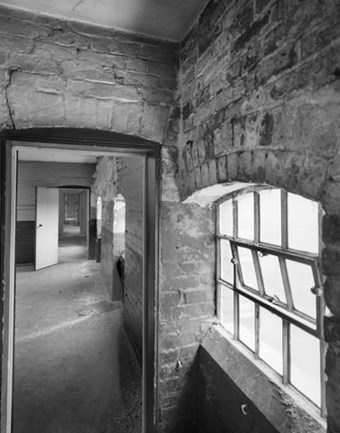 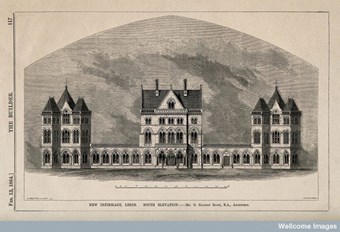 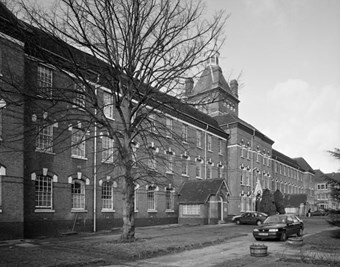