Disability in Medieval Hospitals and Almshouses

This section describes how the long tradition of caring for their own communities and sheltering passing pilgrims in religious houses led to the emergence of the first hospitals, and how specialist hospitals and almshouses followed.

Medieval religious orders had been caring for their own sick or disabled brothers and sisters for centuries. In the 7th century, the monastery of Whitby, Yorkshire is described as having a building 'to which they used to take those who were infirm, or who seemed to be at the point of death'. Seven hundred years later, the hospital of St Mary Magdalen in Ripon, Yorkshire was caring for blind priests.

The Christian duty of shelter

Our word 'hospital' comes from the Latin word 'hospes' which means both host and guest. The word reflects the Christian duty to shelter any stranger, particularly passing pilgrims.

In medieval religious houses, the passing poor were only expected to stay for one night. Gradually however, the rules changed and the sick were allowed to stay until they recovered, creating an early version of the hospital as we understand it today.

St John's Hospital in Canterbury, Kent was the first hospital to take on the long-term care of people who were too ill or disabled to function in mainstream society. Established in the late 11th century by Lanfranc, the Archbishop of Canterbury, the hospital gave 24-hour care to men and women 'oppressed by various kinds of infirmities'.

Just down the road in Harbledown, Lanfranc set up a similar institution for lepers. By the later Middle Ages, both London and York had about 35 hospitals, Norwich 15, Exeter ten and Canterbury nine. While some were large - such as St Mark's, Bristol - many were small, and a few were hardly bigger than cottages.

The layout of the larger hospitals

The basic layout of larger, purpose-built hospitals was quite consistent. A large 'infirmary hall' with rows of beds on each side housed the sick and the infirm. The chapel was in full view - the care of the soul was just as important as the care of the body.

Men and women were segregated, as at the hospital of St Nicholas in Salisbury, Wiltshire where they had separate infirmaries linked to separate chapels.

Those with long-term disabilities were treated alongside people with short-term or acute illness. St James's Hospital in Chichester cared for 'six cripples, two people without legs and two idiots' while Chatham hospital in Kent looked after blind and epileptic nuns and monks.

During this period, there was an increase in specialisation. In 1351 St Mary within Cripplegate in London catered for 100 blind, paralytic and disabled priests. This was known as 'Elsyng Spital' after its founder Elsyng who was an influential London merchant.

The idea of the almshouse (sometimes referred to as 'Maison Dieu') developed from hospitals. Almshouses were built to provide long-term shelter for the disabled and aged infirm, and soon became a common feature of towns and cities. They were founded and supported with donations from kings, church dignitaries, nobles and merchants, all keen to ease their passage to heaven with good works.

Some trade guilds built almshouses for their members who could no longer manage life in their own homes. Rules were strict, and there was a relentless regime of prayer and devotion, but the diet was generally good and the surroundings pleasant, often with gardens. There were gifts and feasts on special days.

Places were in demand as the almshouse offered an escape from the poverty and danger of life outside. As leprosy began to recede in the late 14th century, many former leper houses became almshouses.

Numerous outstanding examples of medieval almshouses can still be found across England. They include St Mary's in Chichester, Sussex; St John's in Lichfield, Staffordshire; the Maison Dieu in Ospringe, Kent (founded by Henry III); Gaywood Road almshouses, King's Lynn, Norfolk, and the Guild of the Holy Cross almshouses in Stratford-upon-Avon, Warwickshire.

Watch the BSL video on disability in medieval hospitals and almshouses 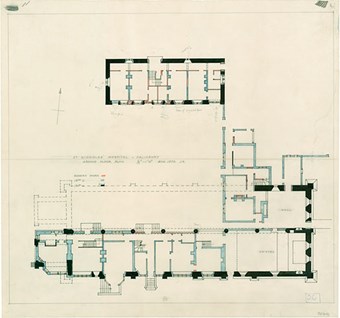 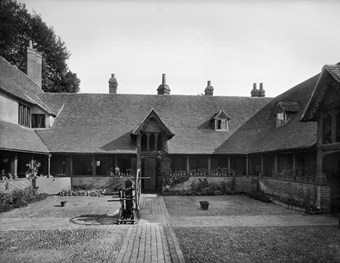 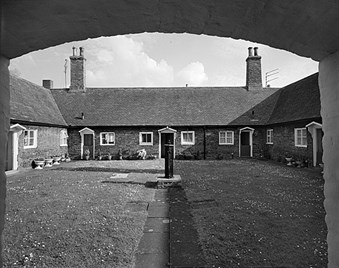 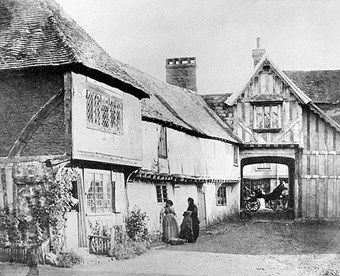 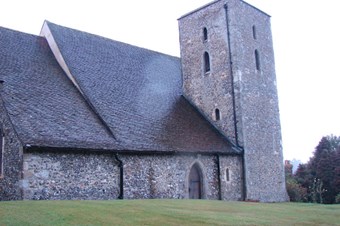 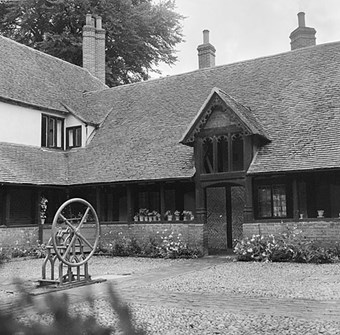 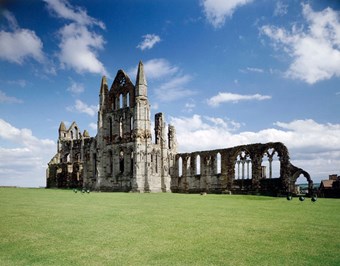 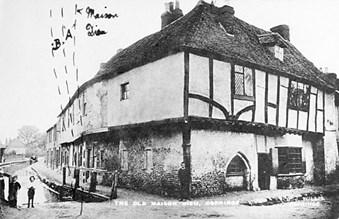 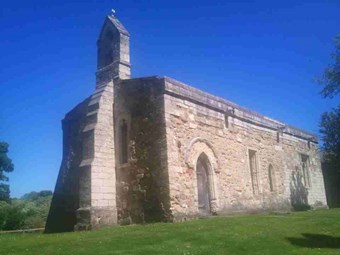 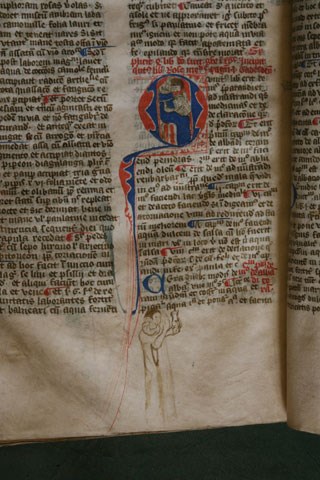